Is now the time for identity politics?

by Hexe News 2 months ago in opinion

In such horrible times, is it acceptable to bring up identity politics? 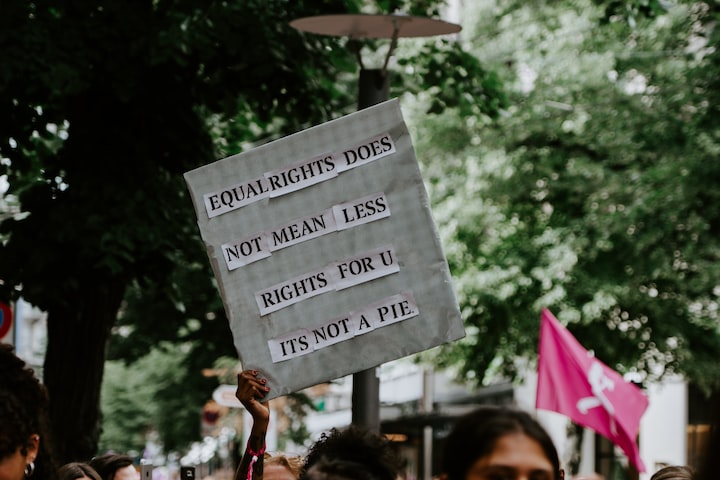 I am a working-class, northern, female, who attended an academy education.

On the other hand, I benefit from the whiteness of my skin, I attended University, I am attracted to the opposite sex, and I am an atheist. This makes me immensely more privileged than a multitude of people.

Coincidentally, it is the former of these "identities" which I have spent years trying to disguise, change, and hide. By disguising my accent (something I was told I had to do if I wanted a career in journalism), acting more masculine and over the years, I have masked the very core of my background. This is something I am only unlearning, now.

So, why am I talking about this, now? In the centre of a global pandemic? Right-wing publications (who have always been averse to identity politics) have used this pandemic to further their hatred towards "wokeness" and left-wing racial politics. But really, identity politics is important now, more than ever.

At its core, identity politics is essentially the first two paragraphs in this article.

It is those identities, inarguably, that play a difference in our lives, the way we live, the policies that affect us, our futures, discrimination, and so on.

Racism, sexism, homophobia, transphobia, ableism, white supremacy, and austerity - all part of the complex system of identity politics. These kinds of politics intertwine themselves with politics regarding gender, race, religious minorities, LGBT+ people, and immigrants.

Make no mistake, this isn't just a left-wing, socialist "PC gone wild" type of politics. The right takes advantage of this. White identity (yes, still a part of identity politics) plays a big role in electoral outcomes. Take Brexit, Boris Johnson, and Trump as proof of this.

With slogans like; "we want our country back" and "make America great again", these refer to a time when white people held a stronger grip on Western society.

Identity politics isn't new, but it is complicated. One side wants to preserve the status quo, which has kept the cis, rich white man at the top.

The other side wants to create equality for ethnic minorities, women, Muslims, and LGBT+, to name a few.

On the sidelines sits the outrage. Sure, this outrage can (and is) directed in both ways. Mainly so with middle-class straight white men, who presumably for the first time in their life, are now experiencing politics which isn't directly about them.

But identity politics is behind every push to end systemic racism, dating back to the abolition of slavery, all the way to the BLM movement in the 21st century.

It's behind the fight for women getting the vote, and the end of FGM. It's also behind COVID-19.

The corona pandemic is inherently political. Sure, a virus doesn't discriminate against who it infects.

However, the society that we live in, does sacrifice marginalised groups in our nation, as the most privileged sit at their work-from-home desks, and protest about wanting a hair cut.

BAME communities have been disproportionally affected by COVID-19. In the UK, the first 11 doctors who fell victim to the deadly disease were from BAME backgrounds. In fact, 63% of all health worker's deaths were from ethnic minorities. 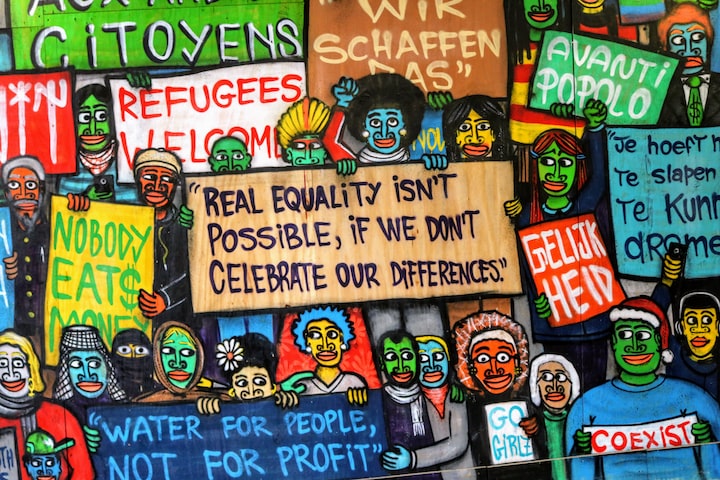 By Matteo Paganelli on Unsplash

Despite ethnic minorities only making up only 14% of England and Wale's population, 34% of those critically ill were from BAME backgrounds. These figures also mirror similar statistics from the U.S.A.

This isn't genetic or biological coding, these figures stand because of structural racism in our society. They also stand because of class differences, which inherently hit ethnic minorities.

Poor people, who are disproportionately from ethnic backgrounds, are more likely to have a lower standard of health. They are also less likely to be able to practice social distancing in their homes.

Likewise, it is the working classes and ethnic minorities that are being pushed to make the difficult decision between being able to buy food and subject yourself to the virus, or miss work, go hungry, but be safe from the virus.

A hostile environment in the UK, also allows the NHS to share data with the Home Office. This means many undocumented immigrants in the UK will be too scared to get the health treatment they need.

In the US, where healthcare isn't universally accessible, poor people cannot afford to get sick. Which is a tiny bit inconvenient during a pandemic. Black people are less likely to have health insurance, and they are more likely to live in areas with fewer doctors.

Lastly, key workers who were conveniently called low-skilled workers by the tories before the pandemic, are predominately from a working-class origin. These are people such as nurses, shop assistants, care workers, construction workers, and warehouse labourers.

Lastly, amidst a global pandemic, an immigration bill that will see migrants working in our care homes and hospitals being charged for healthcare has just been passed.

Need I mention that anti-Asian hate crimes have spiked across the West?

It is evidently clear that race and class issues play a part in COVID-19 infection, fatalities, and ignorance. This is where identity politics comes into play.

The white, right-wing media has always been against identity politics. That's no secret. They romanticise their aversion with "we are not human tick boxes", and "I don't see colour", which roughly translates to "I don't benefit from this kind of politics, and I don't want to be reminded of my privilege".

To ignore the fact that this virus disproportionately affects ethnic minorities and poor people is deliberate ignorance. It is proving to be fatal to those most marginalised in our society, this is an injustice.

Of course, human beings are not just defined by their race, gender, and sexual identity. We are elaborate systems defined by our interests, dislikes, culture, football teams, food, scars, tattoos, books, upbringing, and absolutely everything in between.

To understand that identity politics doesn't eliminate your little idiosyncrasies, quirks, and adorations. Rather, they take into consideration how the colour of your skin and social class may play a part in how a pandemic hitting the world may hit you. That's important.