How To Be A Good Ally

In a time of racism, misogyny, and discrimination, we need to band together more than ever. Here's how you can be an ally for your friends. 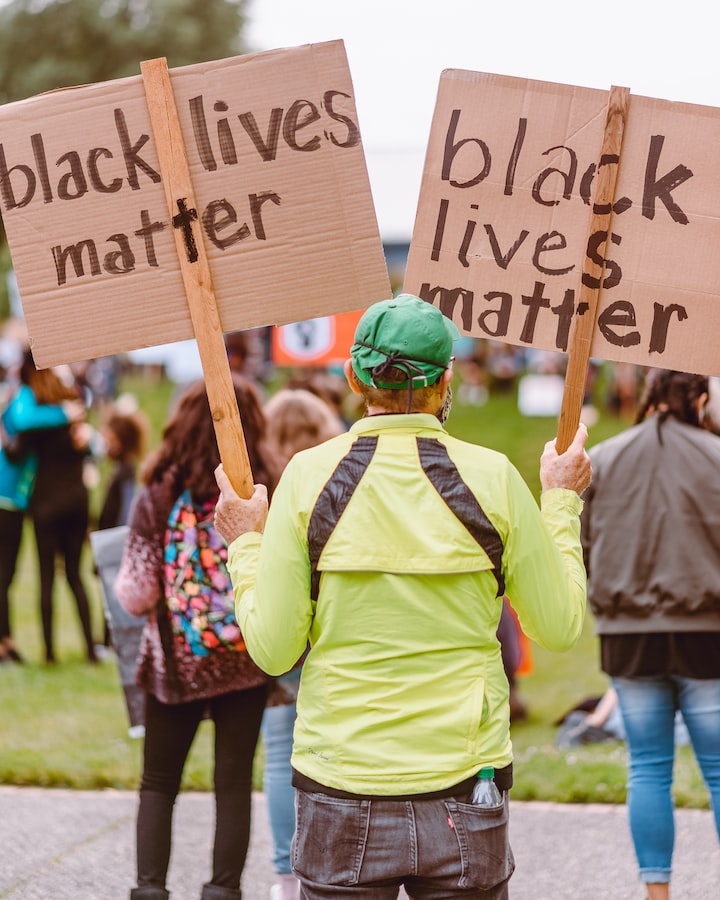 Photo by Tina Witherspoon on Unsplash

Yesterday, I was browsing Twitter and I saw an article on a racist attack against Asian-Americans. The day before, I saw a forum post about the most misogynistic things people have heard. It's a daily occurrence for me. Well, it's a daily thing for everyone. Hate crime is everywhere.

The truth is, the hatred that has boiled underneath the surface of society is starting to come to a head. More than ever, people are speaking out about their experiences. People who were once laughed off are now being listened to. It's a great thing, but there are still a lot of issues.

When you are not part of a minority that needs your help, it's easy to feel helpless. At times, it can even be difficult figuring out how you can help. Sometimes, what appears like an effort to help does more harm than good.

I ought to know because I've been there. As someone who works hard to be an ally to everyone who needs it, let me explain some tips I've found work well.

Don't be performative about it.

If your idea of "activism" is tearing down others trying to help or nitpicking them, you're not helping. You're a part of the problem. Moreover, most people can tell when a person is trying to do this as a way of hurting others rather than helping.

Pulling someone aside and saying their behavior is not right is fine. Marching along others for support is great! Voting for their rights is wonderful. Doing this for praise, a way to look better than a rival, and photo ops, on the other hand, is not.

Just so you know, people can smell this crap from a mile away.

Listen and believe their stories.

You don't want to know how many times marginalized people are told they're lying by people who aren't in their situations. Being silenced by being questioned happens a LOT.

Just because something didn't happen to you doesn't mean it doesn't happen to others. Listen to, believe in, and amplify the voices who have been invalidated by others.

Your job as an ally is to show support, to amplify them, and to be vocal about doing the right thing. Your job is to listen to them when they tell you how to support them, not make your own decisions about the matter.

Taking control of their movement out of their hands is not only insulting, but incredibly selfish. You are there to aid in the battle. If you don't know what to do to help, ASK.

Remember not to force yourself into the conversation.

This is a tough issue to explain, especially since it's something that a lot of people don't want to admit. Some marginalized people tend to feel on edge when they're around people who they associate with discrimination or hate crimes. As a result, they may not feel comfortable with certain people.

In our country, there are a lot of tensions that were built atop generations of abuse. This means that many people could view race relations as an abusive relationship. Do you see what I mean?

Well let me spell it out for you: being an ally means that if someone of a specific marginalized group doesn't feel comfortable around you, you have to be understanding. This means giving them space, and agreeing not to engage.

As hard as it is, you shouldn't try to force your friendship, association, or anything on someone who isn't comfortable with you. It is up to them to decide if they want to engage with you.

Being an ally means you realize that a lot of people are hurt by the events that happened. Giving people space lets them heal from whatever it was that happened that hurt them.

Put your money where your mouth is.

We live in a capitalist society, and that means that money talks. In fact, it speaks volumes. Supporting charities and businesses that help people who are marginalized does a lot for the cause!

Accept help, link people together, and thank others whenever possible.

No ally is an island! If you see other allies helping out, thank them. If you see people who are new to helping others achieve civil rights, be warm and welcoming to them.

Nothing squashes a person's interest in pitching in faster than acting snooty, cold, or otherwise rude to them. And trust me, people who are in the minority on any issue can always use more help.

Here's something that most people won't understand until they actually are in a minority: nothing is ever clear cut. What you might know as an outsider about the struggle probably isn't 100 percent correct.

If someone politely educates you, accept that knowledge. Better yet, pass it on! Learning about different cultures/sexual orientations/identities and how to be respectful of them is a must. Besides, you might be surprised at what you find out.

So, please, be humble. We're all on a learning curve, and there's always more to discover. As long as we all stick together and keep working out, we will be the change we want to see.