by Philip Ebuluofor about a year ago in opinion
Report Story

The real reason behind none achievement. 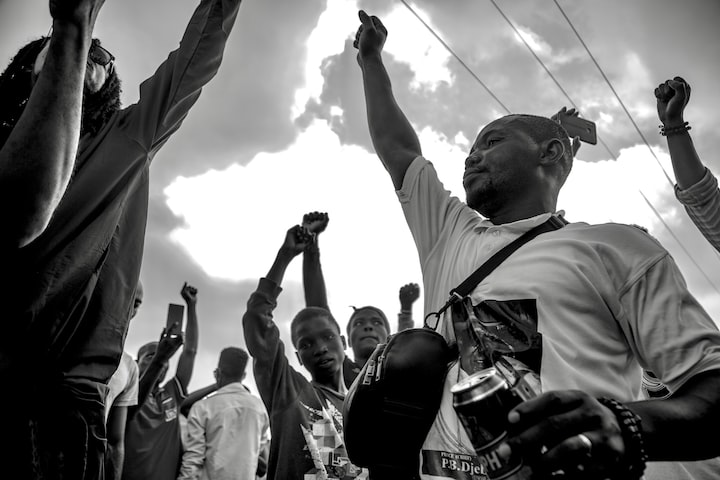 Photo by Ayanfe Olarinde on Unsplash

Just like father, like son saying goes, that is the case of the Nigerian northern leaders and the British government. Organization and sincerity is their problems, justification and manipulation the propeller that pushes it on.

Their calculations are mostly done from religious angle. Nigeria is like it is today, passing through these crisis due to the foundation the British laid for her before independent.

Could you imagine choosing Sardauna ahead of Awolowo and Zik to head new Nigeria?

It was funny even in educational terms. It seems as even before the race begun that Zik was out of picking equation from the British overlords due to the country of his tertiary education. Awolowo and sardauna was always ahead of him in British calculation.

Then, to have picked Sarduna ahead of Awolowo made the chess playing too obvious. To balance equation, they made Azikiwe the ceremonial president.

Then, they allowed Sardauna to delegate the power to him to his regional deputy Balewa as if managing Nigeria is like managing a company or their families.

The contest was among Azikiwe, Awolowo and Sardauna and Sardauna was picked, he liked his religious duty more than managing Nigeria so he handed power over to his deputy that was not in the running and British allowed that then he started directing affairs from sokoto.

How come Azikiwe or Awolowo was not drafted to replace him when he preferred his empire in the North than Nigeria?

Are you still in doubt what started civil war in this country after independent?

British want Muslim man to be there, they can manipulate them easily than other regions.

The world was surprised to hear that their prime minister Boris Johnson was Catholic from birth. He moved away as he matures and found his way back to it as he ages. The British was suggesting that he might have pulled a wool over Catholic church not Anglican Church, the queen and the British polity but the catholic. Started as Catholic, did his arithmetic, found his way into Anglican to gain what he was after and having gotten it, he went back to his root.

British to uphold what king James gifted them through rebellion, and followership of the monarch, they came out with law that even advice, the monarch would not receive from any one Catholic but can from Muslims and jews. That was how their hatred of Vatican ran deep for not allowing their king to divorce his wife and kill her.

Years back, Australians wanted to cut the queen off as their head of government but the law makers said NO. Not because they like the queen so much but because they found out that Chinese was behind the move and they asserted their sovereignty.

What the kings subjects could not put into calculation was that their queen wasn't God that determines the sex of babies but only his channel. Why they don’t ask their king why he hated daughters and still run after women as if those women isn't someone’s daughter baffles people.

If Muslims and Jews can advise the monarch, why not Chinese, Vatican or you?

The middle age king was right and Vatican wrong, right?

Who is your monarch now, King James or Mrs. James?

Maybe by act of rebellion, the king gifted you what served as vehicle to spread your influence in the world and that gift cancelled his sins both home and abroad. His rebellion and murders became justified to the extent of still upholding the Catholic nonsense inside that place in 21st century.

Upholding virtues in one department while ignoring it in another sends clears message of who you are to people. It opens you up well that even blind can see.

Whether Johnson is catholic or not doesn’t add or minus from any equation for there is not even any equation in that regard only the one at play in your caucuses. Which doesn’t count.

No one recalls of Vatican looking for customers whether President or prime minister. No matter the quality of the financial demon attached to their finance.

Are you trying to draw Vatican out using positions?

Then who is your master, you working for who and what are you justifying?

According to them, the prime minister sins includes:

Failing to be honest about donors

He and Biden being of the same faith.

They believed that people expect the highest standards of those in the highest office of the land now not in middle ages but now. They are moving ahead.

His actions must be consistent with the code which makes clear that there should be no actual or perceived conflict of interest in his dealings. It is commendable. At least, they would know when he want to kill his wife and daughters or even go on pilgrimage to Rome.

This is aspect of governance that the British forgot to leave behind before handing over power to their stooge here.

Imagine the head of state earnings less than 200,000 a year. Do they know that the head of their colonies are earning billions in a year?. Of course you do. After all, is it not there that they bank all?

This aspect of your governance is what you forgot to hand over to the Northern leaders here and then go away with your justifications.

More stories from Philip Ebuluofor and writers in The Swamp and other communities.