How Do Democracies Become Dictatorships?

by Cato Conroy 3 years ago in politicians / controversies

Democracy can quickly transform into a tyrannical dictatorship in a variety of different situations.

It's often been said that those who do not fight for freedom should expect to stop having it. In many points throughout history, democracies stopped being democratic — and started being the grounds that helped dictators rise to power.

In these days of political turmoil and intrigue, it's easy to see why many of us are feeling uneasy with the direction that the United States seems to be headed towards. Many people today are asking, "How do democracies become dictatorships??

The answer? Well, it's actually very easy, as long as certain things happen. This article will show you how a typical democracy can quickly transform into a tyrannical dictatorship in a variety of different situations.

How do democracies become dictatorships when there's political problems afoot? 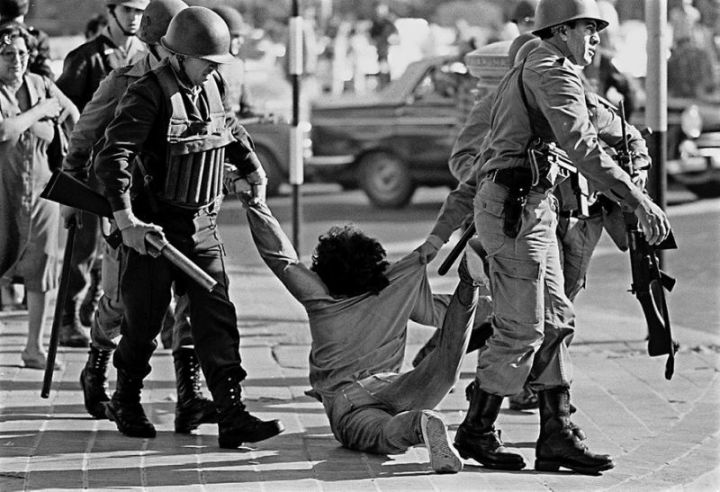 Most of the time, democracies work best when there is a stable economy and a population that's generally united together. When the economy stops being able to provide enough jobs for the population, or when the country's overall political climate begins to turn divisive, the chances of a dictatorship being established skyrocket.

In most cases, having a country that's teetering towards instability or outwardly unstable gives dictators a chance to establish a following. This is why so many dictatorships have begun during times of upheaval.

A dictator, when they first rise to power, will be quick to tell people that they have been aggrieved and cheated out of a good lifestyle by a certain group of people. This unites people under a common enemy — one of the oldest propaganda tactics still in existence.

Propaganda is useful and effective, and dictatorships know this. That's why many dictatorships have actually gone so far as to try to rewrite history or actively brainwash children before they can even read. In many cases, they do this to inspire fear in those who they want to control.

It's known that when people feel angry or scared, they are more likely to give up freedom and overlook clearly unethical behavior from people they believe will protect them. This is why many dictators end up being elected by their own people.

So, how do democracies become dictatorships? It's often by the hands of the very people who are worried about being oppressed, cheated, or hurt by the government or by whatever bogeyman they were told to hate.

During most dictatorial rises to power, dictators will tell their followers to punish, out, or otherwise silence people who warn others about what their actions may bring. This is why Hitler's brown shirts often hunted down those against fascism and killed them during the Weimar Republic's rise.

Once a dictator rises to power, they slowly remove the power people have to elect anyone else, leave the country, or even speak freely. This allows them to stay in power — and turns the country into a true dictatorship.

In many historical dictatorships,the people who they ended up oppressing or killing often were the ones who elected them to power.

How do democracies become dictatorships when there is no political strife? 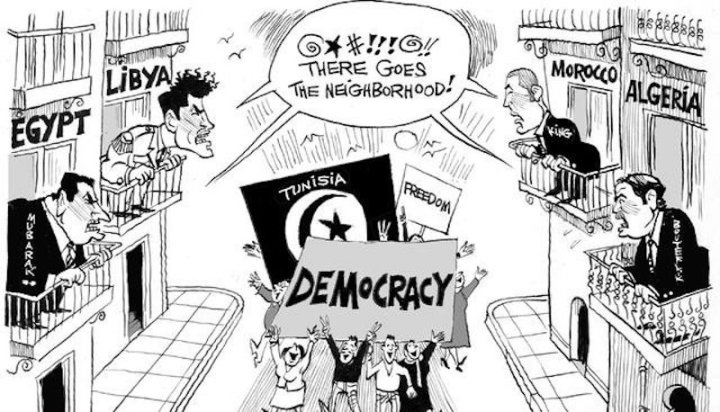 In times when there's no political or economic strife in a democratic nation, there are still three ways that it can turn into a dictatorship: hostile takeover, social pressure take over, and creating turmoil until a dictatorship can take hold.

The least common way is a hostile takeover by a group or militia that then establishes a dictatorship. However, most governments have what it takes to defend themselves against small military groups.

In some cases, larger countries that are already run by dictators may be able to do takeovers through political, commercial, or even military means. Some also are able to do it via election rigging.

Even so, this is rare but very possible.

A more common way that a democracy becomes a dictatorship happens when a large portion of the population becomes overly religious. As religion's power and focus grows in a country, people may begin applying pressure to give religious heads a seat in government.

While this route, there's no guarantee that a dictatorship will form. In some cases, it can turn into a benevolent theocracy. However, historical examples have shown that this typically will end up in a dictatorship with strong religious undertones.

Lastly, it's also possible for dictatorships to become possible by having groups instigate division and turmoil for the sole purpose of seizing power from a healthy country. Much like with what happens in an unstable democracy, this is often done via propaganda and scapegoating.

Dictators can only really seize power with the aid of people who think that they will benefit from it. They only can seize power if people believe the propaganda they spew and if people choose to stand by while they commit crime after crime.

So, overall, dictatorships happen because we let them happen. That's food for thought, isn't it?