Don't understand why you're so cold.

by Viona Aminda 3 months ago in pop culture 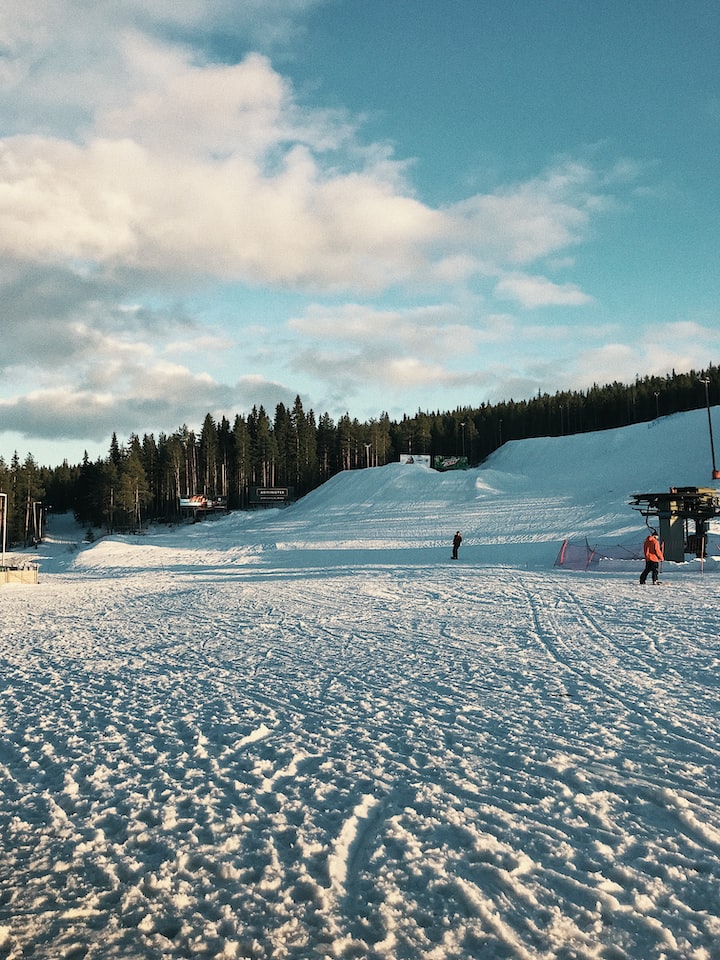 Photo by Nur Bayraktepe on Unsplash

For an international relations studies must know.

Let's chill and relax for a moment, stimulate the brain because we're going to talk about a history, students of international relations must know for sure,

According to Simon Miles Assistant professor of stanford university, studies of Russia, mastered the study of important events in US-Soviet relations in the first half of the 1980s. He argued that covert engagement paved the way for open conversation as the two superpowers determined that open diplomacy was the best way to advance their own, especially competitive, goals. Miles recounts the history of these dramatic years, when President Ronald Reagan consistently adopted a disciplined approach, reaching out to Moscow at the same time denouncing the Soviet system and building up US military capabilities.

According to the cold war journals, Each of these regions helps define the ideological agenda at the national and international levels while serving as a powerful substitute for the superpower conflict. It brings together film and sports by offering the first comparative analysis of how US and Soviet cinema used sport as a propaganda instrument during the Cold War. it examines the various propaganda styles adopted by US and Soviet sports films and shows the political function they perform. It considers what the sports show can say, the Cold War sheds light on the political culture in the United States and the Soviet Union after 1945 and about the complex struggle for hearts and minds that is so important to the East-West conflict.

"This is the bell," an excited US television commentator, "and the war continues."

As the two boxers enter the final round from a grueling and cruel encounter, the noise in the Moscow arena is deafening. Every fighter must win, for both ideological and personal reasons. The giant Soviet boxer Ivan Drago was a supreme Communist athlete, a ruthless robot programmed to kill. The US fighter, Rocky Balboa, personifies the capitalist dream of getting rich, the underdog ghetto being good. When the boxers beat each other to a frenzied climax, and the film's rock theme song developed into a crescendo, of course Rocky won.

Moments after winning, draped with a Star-and-Stripe flag in the ring, Rocky generously issued a heartfelt plea for peace. "Two people here are killing each other, but I think that's better than twenty million," he said. "What I'm saying is if I can change, and you can change, everyone can change." The film ends with everyone in the crowd, even members of the Soviet Politburo, standing up to applaud.

Ask people today, a quarter of a century after the fall of the Berlin wall , about a Cold War sports film and they'll always be talking about this film from 1985, Rocky IV. We shouldn't be surprised. For one thing, younger than most Cold War films , its director and star, Sylvester Stallone, is still in the film business. Rocky IV was a bona fide hit worldwide and was ranked as the highest grossing Cold War sports film of all. Today Rocky IV is seen as the classic film of its time, an iconic cut from the Reaganite kitch that sees victory over crime and shows an end to the long-running East-West conflict.

In the film's final sequence, the heroic Rocky shows us not only why the West needed to fight the Cold War, but also how it could win - by challenging Soviet Communism in its homeland and drawing directly to the Soviet people, over their heads. master of politics.

Each section begins by providing a brief overview of the film industry's relations with the state during the Cold War and by explaining the popularity of sports film as a genre, the dominant sporting genre, and the general trajectory of film's ideological message around the world. conflict. then analyzes the propaganda style adopted by US and Soviet sports film and the propaganda function they focus on. Similarities and differences are highlighted using a representative film selection to provide sharp focus.

Sports had long been a popular subject in US cinema, even before "Hollywood" appeared in the 1910s. After 1945, of the many sports Americans played and watched, baseball, boxing, auto racing, and American football tended to dominate the screen, followed by basketball, ice hockey, and horse racing. Some of these sports were featured higher than others in Cold War films.

While the majority of Hollywood sports films are melodramas, biopics, or short documentaries, sports also appear in comedies, musicals, and even science fiction fantasy. During the Cold War, sports films regularly enjoyed great commercial success, and some even earned Academy Awards. Accordingly, sports films are made by or starred by some of the biggest names in the US film business.

Unlike its Soviet counterparts, the US film industry was never a direct state instrument during the Cold War. However, as historians have recently demonstrated, important relationships developed between filmmakers and various US government agencies during the conflict.

The Department of Defense, the Federal Bureau of Investigation, the Department of State, and the United States Information Agency (USIA), among others, found that they could rely on Hollywood for recruiting and other propaganda purposes. The audience generally knows nothing about this, consequently which had a free and independent mass media, was itself an important propaganda theme during the Cold War that has remained largely intact. It would be a mistake to see the hand of government behind every Cold War sports film that left Hollywood after 1945. However, in some notable instances, sports films benefited from significant official input. Because Hollywood is less attached to state guidelines and censorship, it is more difficult to portray certain ideological trends in US Cold War sports films than in Soviet films. Nonetheless, it is possible to identify certain changes in the political messages conveyed by films at various phases of the Cold War and in their thematic approaches to conflict. Sometimes these changes appear to be a response to shifts in East-West relations, at other times as a result of structural or political movements in Hollywood. Politically, Hollywood moved to the right during the early years of the Cold War, then slightly to the left in the 1960s and 1970s, and finally back to the right when former top footballer and sports radio presenter Ronald Reagan was at the White House in the 1980s.

Not a single US sports film has an explicit focus on the Cold War during the conflict-forming phase, from the mid-1940s to the early 1950s. This period is marked by indirect references to the existential threat that Communism poses to the United States, combined with a film cycle that exposes corruption in US sports. The institutionalization of the Cold War in the United States in the mid to late 1950s generally led to a narrowing of the view of the conflict on the big screen.

It is an era in which powerful elements in Hollywood, sometimes together with the government, emphasize positivity over negative propaganda, effectively selling off liberal capitalism at home and abroad. Sports films played only a minor role in these campaigns, although one or two of them were major box office hits. Related to films that use sport to advertise the values ​​of freedom and liberty, are other films that challenge what official Cold War propagandists saw as America's weakness is racial relations.

In the mid-1960s, the US Cold War consensus began to break. As evidence, a small number of films have begun to tease what might be called the US "military sports complex", as if the Pentagon and sports coaches were both interested in militarizing national culture. Simultaneously, other films and television series cashed in on the success of the James Bond franchise by portraying US athletes as intelligent spies who saved the West from a new enemy, China Mao Zedong. In the mid-1970s, elements in the so-called New Hollywood launched a full-scale assault on the US approach to the Cold War and in the process attacked national sports culture. Hollywood sports films to prominence in the 1980s. The Cold War was again "hot" business, revitalized by President Reagan's attempts to win the conflict head-on. Docudramas celebrates the Olympic victory over the Soviet Union, film B condemns the Eastern bloc for dragging child gymnasts, and blockbusters depict US and Soviet athletes brutally fighting each other almost to the death.

pop culture
Viona Aminda
Read next: New Mexico—It's like a State, like All the Others!
Viona Aminda

See all posts by Viona Aminda →