by Pedro A. Idarraga 10 months ago in opinion

VIOLATE THE SANCTITY OF THE HOUSE 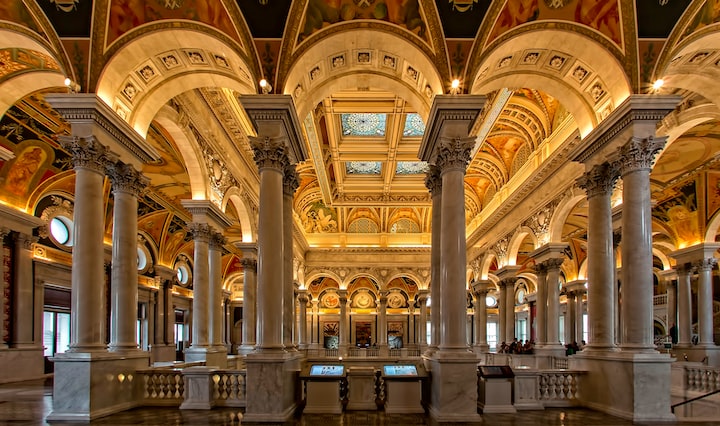 This is disgusting and outrageous. Criminals and terrorists have stormed the House. They trespass on a federal building and threatened the welfare of elected officials, who were in the process of certifying the newly elected president and vice-president. This was atrocious first because such criminal behavior was incited and called for by the man in the White House. A man who wants to be a dictator, -just as those he admires the likes of Putin and Kim Jung Un-, he told his followers to march to the capital and take control, but in a peaceful way.

Our democracy, the greatest democracy eve is being threaten by a man who has no honor, no respect, no decency, no sense of duty, and will bring down this great nation if he can, just if it keeps him in the spotlight. We would condemn these acts in other countries and stated with pride, this would never happen here…Well today, we learned differently, today we were shown that we are vulnerable and such acts took place because of people who believe in conspiracy theories, who claim any person non-Caucasian, or heterosexual is not right and should be treated as less than a human being.

Domestic terrorists, criminals, thugs, stormed the House and by force attempted to undo the will of the people when we elected Biden for president and Harris for vice-president, and why'd they do this? Because of the current resident of the White House lied to them and told them that the election was stolen, the system was rigged and despite having won in a landslide he was declared the loser. This is all lies, governors have certified the election, the supreme court shot down lawsuits based on lack of evidence. But no, that criminal in the White House will not accept defeat, he will continue to lie and deceit so he looks like the victim by his clueless followers.

Those domestic terrorists will be identified, and their lives will change forever and not in a good way. But this brings up another issue, these criminals were not dealt with the same iron fist as those who a few months ago under the banner of BLM protested the murder of innocent African American citizens at the hands of unscrupulous and racist police officers. Why, is this? Why were those criminals today storming the House not beaten with batons, not mazed, not shot with rubber bullets, and even one of those criminals was helped down the steps by a uniformed officer?

What transpired in our country today is a disgrace. An insult to decency, all instigated by a man who should be charged with treason, because instead of protecting as he swore on inauguration day, the occupant of the White House has sown discord among citizens, spread lies, and unbased conspiracy theories. Time after time, has insulted and threatened those who go against him, and even as people are breaking the law, he proclaims they are patriots and are loved. The man sitting in the White House who still has 14 days in office is an insult to the office he holds, he is a disgrace to the constitution and the sanctity of what this great document stands for.

Now, we must rise and stand against those terrorists and remember that Putin is responsible the sowing discord and mistrust among us. We must open our eyes and ears and realize the time has come for us to be alert for what will happen in the future, and before we are thrown into chaos and become overrun by terrorists, we must make sure these groups are eradicated for the sake our great nation.