Does Anyone Miss the Old Days?

by Jordan Rush 12 months ago in opinion

When elections did not control the the media and the public? 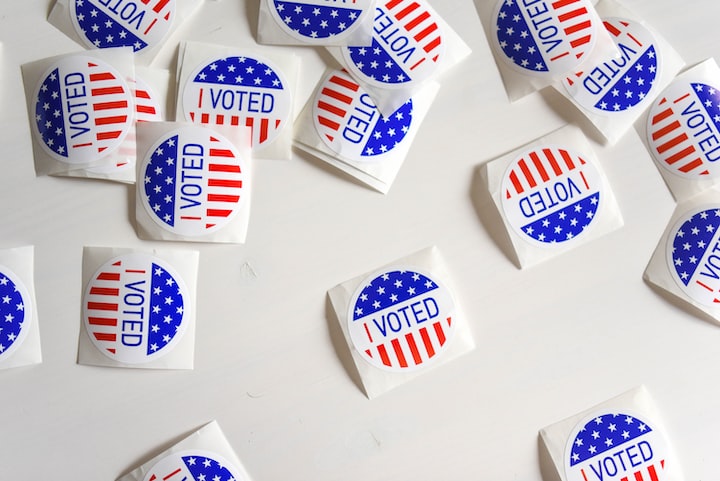 Has the world gone absolutely mad?

I don't ever remember a time that politics had such a massive impact on every United States citizen.

Surely, I must be dreaming right?!

I understand this can be a passionate topic for people, and controversial. But have we really lost touch with our own humanity over an election? The horror that can be read in today's news stories, heard on the radio, and seen on television.

Get it together people!

Act like you have dignity and morals and stop pretending like this election will end your entire world if your picked candidate does not prevail.

I've decided that I've missed a much simpler time in life. Before grown women had taken a hat from a child and tore it to pieces!

Are you flipping serious?

You are an adult who is supposed to be mature and as adults we have a duty to children.

And that is not to attack them!

As adults we must set a good example for young children so they know how to act as they mature and become an adolescent and adult.

Never in my life have I seen a country so divided over something completely ridiculous. I had decided to vote this year and that is saying a lot because I have never registered to vote or ever cared to in the past. However, the disappointing actions of my fellow Americans has changed my mind to vote.

I do not believe either candidate deserves to win because neither one of them are acting like winners, if you ask me!

These two candidates and their campaigns are destroying our beautiful country!

Stop fighting with one another over an election and over who you want to win, there are so much better causes to fight for!

How about ending racism?

It would do our planet some good if you all took all of that hate and negative energy and put it towards something that would benefit us all!

If any of you are religious, do you really think your creator wants you fighting like this?

What good can come from this?

Are you not tired yet? I'm tired and I have not even been an active participant in all this commotion!

I have never experienced anything like this in my entire life, if I had to guess, I would say that the entire population has gotten infected with Mad Cow's Disease and that is why everyone is acting looney.

I am not stating that everyone has to agree because that is the beauty of being an American. We can like and dislike whatever we want and it's okay to not like something your neighbor likes.

But do we have to tear each other apart for it? Must we bad mouth the other side when trying to communicate why your candidate is the better choice?

We are acting like animals and it is just as much embarrassing as it is disappointing!

Our country is facing hard times and instead of supporting one another and standing united we are falling apart!

This is not the American way!

At least not the way I was raised here in America!

Are you aware that there are rival gang members that have stopped fighting because their people are starving? They have decided to deliver groceries to their people that are starving instead of having turf wars! This is incredible and honorable!

Any person that does a kindness for another person with out a selfish intent deserves respect!

The time to repair our country from all of it's hardship and pain from losing loved ones is now.

How can an entire country let two people in a political election cause such a great divide?

We need to go back to the good days when elections were not so important and we accepted people even if we didn't agree with them.

Or is there truly no hope for humanity?!

Receive stories by Jordan Rush in your feed
Jordan Rush
Read next: WHEN IT'S THE RIGHT TIME TO PROTEST? AND WHEN IT'S NOT?