by Annie Kapur about a month ago in humanity 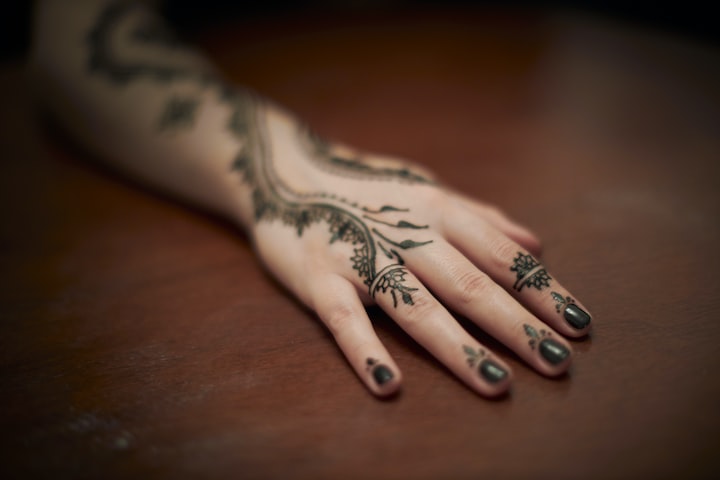 Photo by Masih Tahmasby on Unsplash

In recent times though, as a British-born Punjabi woman, I have seen the lines blurred between what does and does not constitute as cultural appropriation. Often times I have seen white celebrities wearing traditional Indian clothing and honestly, I do not think this would be cultural appropriation since this is often done purely because the clothes look nice. And they do. But in contrast to this, we have festival culture in which white women who attend the Coachelle music festival often wear the bindi and henna tattoos - which I do find offensive since these things actually stand for components of religious beliefs and cultural heritage and they are being misused, misrepresented and are done with the intent of of looking 'exotic'. Obviously, this is malicious intent and very much unlike simply wearing a saari because it looks pretty.

The appropriation of Black culture by white people though, has to be the worst thing I have ever seen in my life in terms of cultural appropriation. White people gaining fame, money and fortune by basically taking bits and pieces out of things that mean so much to Black heritage such as close-braided hair and even the afro hairstyle have often been things that I have looked at and thought about what kind of malicious intent would you have to have to go to these lengths. This is most obviously cultural appropriation and should really be stopped and shunned. It is a form of racism and seeing as there are definite connections between certain parts of the Black appearance and certain parts of Black history - there should be a public shaming of the people that exploit this for their own gain.

But, as you can tell, I am here to talk about my experience with what constitutes as cultural appropriation and honestly, I have never ever seen something quite like it in my life. I have changed the names to letters which do not connect to certain names and I will not be mentioning anyone by name as it is not appropriate to do so. So, here is my own experience with cultural appropriation which I found was one of the most hurtful things I have ever experienced. It really does feel like a betrayal.

A is a white woman who once made friends with me in a coffee shop. Why? Well because she thought what I was wearing was pretty. I was in traditional dress because it was a special occassion. We began talking and my friend B walked in and sat by us. A walked off to get a coffee and B said that he knew her. B is a Jamaican man who stated that A would imitate other cultures in order to post these pictures on Instagram with people to make it look like she was accepted into the culture that she was appropriating. I didn't believe him and asked what that meant. He pulled up her Instagram and showed me pictures of her at various locations dressed in Jamaican-styled clothing with his sister and female cousin.

I stated that this did not really prove anything and went along with being friends with A. Pretty soon, A asked me if she could borrow some of my jewellry and I stated that was alright but would not give her the real gold stuff. I gave her some of my traditional stuff to borrow because she said it was for a special party that she had with some of her family who were Indian. Surprised that her family was Indian because she was so clearly white. She then walked off with my stuff after borrowing a tube of Henna from me too, paying me for it.

A week later, I got my stuff back and I was putting it away in my bag when B came and sat by me, looking quite angry. I asked him what was wrong and he showed me her Instagram again and said, 'Indian family? My ass...' I had told him about the fact she had Indian family and I was excited that she was from everywhere. But he was showing me photographs of her at that Coachelle festival, wearing the traditional stuff I had borrowed her and posing for her pictures. Her captions said "Feeling so #Exotic omg." One of them, she had her hand up and had done her henna all wrong, those were not traditional designs, they were just mandalas. She had toned up the tan as well, to make herself look more brown and was pouting on every photo. I was shocked. But worse, I felt betrayed.

I asked her about her Indian family the next time we met and she outright lied to me. So, I questioned her a little more, asking them which part of India they came from and I could tell she had made the whole thing up. I then told her that I had seen her pictures on Instagram of the Coachella festival and that she was wearing the stuff I had borrowed her, the stuff that had cultural meaning to me, in order to take photos at a music festival. I asked her why and her answer was: "I wanted to seem more interesting to other people..."

Out of all of the racism, discrimination, colourism, sexism and everything else I have experienced because of my heritage, my religion, my colour and my gender, the only thing I have going for me is apparently that I 'seem interesting' because of the fact I am from a different culture. I asked her about this and she was clearly upset about it. I don't remember how we exactly fell out - but that was towards the end of our conversation. This happened over about a month and I was clearly feeling betrayed as hell.

So, what do you do to solve this?

When you wear cultural stuff not from your culture because it looks nice - then I guess, you could argue it is alright. This cultural stuff you wear must not have some greater meaning. If it does, then you must educate yourself on that meaning and wear the item properly for the proper event and in the proper fashion.

You do not wear things that have great cultural meaning from the other culture and ignore the meaning. You should not wear these items for 'show' or to make yourself seem 'exotic' and 'different'. This has extremely racist implications as historically, white people have already stolen so much of our cultures.

Educate yourself and do not become one of those indirect racists because we are not part of your 'fashion'. We have cultural clothing and if you cannot wear it properly then please, do not wear it at all. I am looking directly at the girls who wear jewelled headpieces, bindis and henna for Coachella. I am looking directly at the people who appropriate Black culture by wearing their hair in those styles that are so important to Black heritage. I am looking at the people who change the colour of their skin in order to look more exotic and dark. I am looking at those people who wear things and do things from other cultures with no knowledge and no intention of learning where they come from. Out of all racial discrimination, I have found that this one is the worst. It is the ultimate betrayal.