by William Barlow 10 days ago in opinion

Can we sue China? 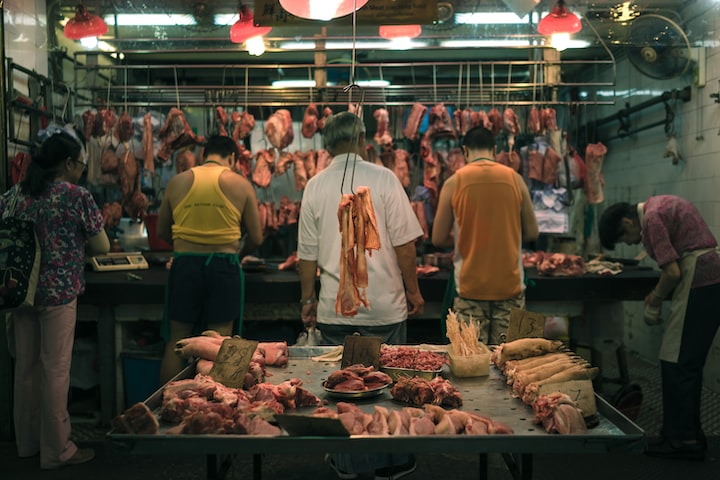 Photo by Natalie Ng on Unsplash

Government Warning: Stay home. Only one person should leave the household for supplies. Do not touch stray dogs. Stay 6 feet apart. –London, 1665.

Pandemics and plagues are nothing new, although our understanding of their causes is. During the Black Death, it was thought God was punishing the world for its sins, and many turned to the church for help, marking the beginning of the end to absolute faith in Christianity, the belief that the devout would be spared. When they realized that not only was the clergy powerless to stop it but they were themselves victims, many began to question the church’s power.

The second and perhaps more significant consequence of the plague was the turning of Europe from a feudal system to a capitalist society virtually overnight after wiping out at least half of its population.

Where once there were dozens of blacksmiths and bakers in a London borough, now there was maybe one, which means they could charge what they wanted. Any baron who survived would now have to pay money to those who once tilled his earth in exchange for a tiny cottage in which to raise a family.

Mars. I kid you not. The word influenza derives from the Italian influentia, literally to influence.

Don’t forget, in 1918 viruses hadn’t yet been discovered.

There can be no comparisons of our current pandemic and the black plague in terms of scale, but the world has changed faster in the last year than any time in my memory.

Those of you in your early twenties might not remember avian flu, H5N1. The virus was first detected in 1996 in geese in China. Asian H5N1 was first detected in humans in 1997 during a poultry outbreak in Hong Kong. It killed 6 in 10 people who contracted it, and it was feared H5N1 would cause a pandemic comparable to the 1918 Spanish flu. So we drafted emergency plans, experimental vaccines were cooked, and anti-viral drugs were stockpiled. And then, nothing happened. It killed a few hundred people and left.

Then the swine flu was going to wipe us out. I waited in line with my kids, like everyone else in 2009, for about as long as the whole thing lasted. Granted, it did kill around 18 000 people worldwide, but given that the regular flu kills more than that each year, we somehow felt cheated once again.

The big one is coming, they said. It’s only a matter or time.

According to a joint statement by the WHO, ILO, FAO and IFAD, the economic and social disruption caused by covid is devastating. Tens of millions are at risk of falling into extreme poverty, while the number of undernourished, currently estimated at 690 million, could increase by 132 million.

Millions of enterprises face an existential threat. Nearly half of the world’s 3.3 billion global workforce are at risk of losing their livelihoods. Informal economy workers are particularly vulnerable because the majority lack social protection and access to quality health care and have lost access to productive assets. Without the means to earn an income during lockdowns, many are unable to feed themselves and their families. For most, no income means no food, or, at best, less food and less nutritious food.

Business closures, border closures, billions of lost revenue, fear, confusion, violence, poverty, unemployment, quarantine, social distancing, racial backlash, not to mention 2.46 million dead so far. And all this because someone may have eaten a bat in a wet market in China.

Zoonotic infections occur when humans and animals get too close, such as crowded markets, abattoirs, etc. Wet markets are particularly prone to these infections, given the close proximity of customers to exotic animals. They are open air markets with little or no health regulations.

I am in no way criticizing or even judging Chinese culture, but I watched about a dozen documentaries on wet markets and it made me sick---not the choice of animals but the conditions. Dozens of dead dogs piled on top of each other, with no ice or refrigeration. Live dogs in cages waiting to be slaughtered. Bats, rats, snakes, all laid out in the hundreds, flies everywhere. Blood on the floors, the tables. Bears in cages waiting to be castrated. Children handling live and dead crayfish with no gloves, etc.

Humans have no antibodies to zoonotic viruses, and therefore no immunity. If a virus passes from the host animal to another animal before jumping to humans, it’s even worse. And yet China has for the most part reopened wet markets across the country after temporary closures, which is baffling to me. Does the Chinese government really think this won’t happen again?

The big question is whether the world could handle another outbreak. Suppose a strain from a mongoose jumps to humans and next flu season we get M1G1-5, a virus twice as deadly as covid. What would we do, go into another lockdown, social distance again, wear a mask?

I think the consequences would be far greater. The world would have no choice but say to China it is not welcome anymore. Not welcome to take part in the rest of the world, its charter revoked at the UN, kicked out the Security Council, uninvited to the Olympics, world trade ban, no flights permitted outside Chinese airspace, effectively a wordwide blockade.

It would not surprise me if the world collectively filed a class action lawsuit against China.

I realize that not every virus originated in China. The swine flu was born in Mexico. The point is that as the world’s population continues to grow, it will turn more and more to food sources prone to zoonotic viruses, and we will see more of these outbreaks if we don’t act collectively to punish countries that have little or no health standards and which allow these practices to continue unregulated.

See all posts by William Barlow →