by Michael Hanson-Metayer 4 months ago in voting

Civics Is About More Than Voting Once Every 4 Years 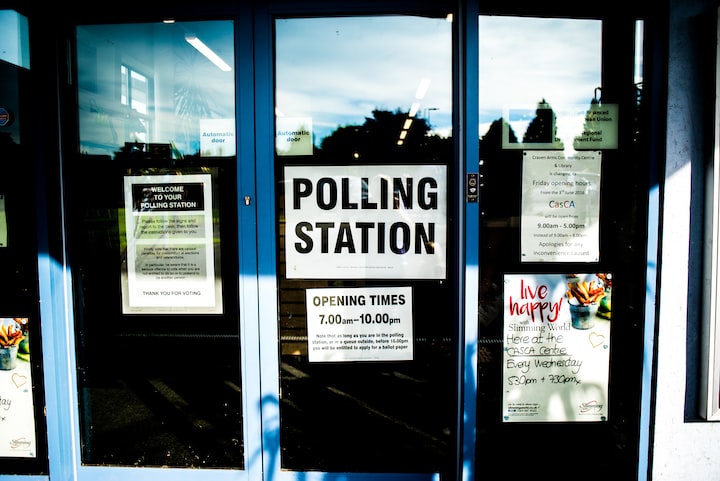 Photo by Elliott Stallion on Unsplash

In 50 years, historians will likely look back and note the presidential election of 2020 as being one of the most important elections in American history. There is simply so much that hangs in the balance now, from corona virus to systematic racism, from a widening wealth gap to need for immediate fixes for the healthcare system, from correcting environmental deregulation concerns to rebuilding the dominant presence the United States once had on the global stage. With record turnout and millions of Americans voting for the time, it appears that a lot of individuals realized that fact. However, voting once every 4 years (or once in a lifetime) does not fulfill the civic obligations which go hand in hand with the right to vote. With so many people engaging in the electoral system for the first time in their lifetimes, it is an ideal time for a civics lesson and perhaps a collective investment in the bank of civic responsibility.

Part 1: Understand systems of government in your city, county, and state.

In almost every high school in America there is some graduation requirement relating to State and Local Government education. The hope is that before they end up voting, 18 year-olds have some understanding of how local and state governments are elected and local government decisions are made. However, of those who vote in the presidential election, few mange to educate themselves on or vote for things like school budgets, local and city officer/ councilor elections, and local ordinance changes. Fewer voters still, know how and when to attend the meetings that are used to design school and local budgets, comment on proposed ordinance changes, or participate in open community forums that often directly result in new local ordinances.

The first step towards being a more active citizen is to learn about your local government, what elected officials serve in your community, how and when local government employees and politicians are elected/ appointed, what important upcoming issues may exist, and, very importantly, get out to vote for the school and local budgets that both determine how much local taxes you pay (or how much your landlord pays) and how those funds are spent. Often, the difference between a city council voting one way or another on an important local ordinance or initiative is a few informed and influential voices at public meetings that are often much easier to speak in than most people assume. City and county meetings are often held at night, and getting added to a list of speakers is typically a matter of asking. It is all about being informed, identifying important issues, and getting voicing your concerns when they exist.

Though, not always as immediately accessible to the average citizen, voters should understand and prepared to interact with their state government, by at least voting in every state election. For the more ambitious, individual citizens can, and should, keep themselves informed about bills that are being drafted in the state house, who the senator and representative that represents them at the state house are, and how to contact that senator and representative in the cases where there are issues that person feels particularly strongly about or may be specifically experienced in. Often, senators and representatives on the state level draft bills on issues that are brought to their attention by their constituents. Being an informed and vocal constituent goes a long towards being a stellar citizen.

If there is a local issue you care about, talk about it with your friends, family, and community members. Make sure you are informed about an issued before trying to educate others and confrontation can often be avoided by discussing rather than preaching, but community members discussing issues and encouraging each other to vote, is a huge part of being an active citizen in a vibrant democracy. It is far too easy to complain about a new ordinance or budget that was just passed, but being informed about upcoming issues and discussing them with community members can help make make sure the decisions made in elections or city council votes reflect the will of the people. However, it is important to keep in mind that discussions between friends only result in community changes when voting or speaking at a city council meeting, or otherwise getting involved follow that discussion.

Part 3: Full Circle: If You Really Disagree With Local Representatives, Run For Office

Like most things, education needs to precede action when it comes to running for a local office. Before deciding to run for a specific office, a little research about the requirements of that office, the process to get your name on a ballot, and how to run a campaign for that office can go a very long way. Knowing your potential constituents also goes a long way towards actually getting elected. That often means being involved in the community, going to public meetings, and hearing the concerns of other citizens before deciding to run. In order to better in an elected office than those that hold it currently, you often need to understand that office. Then, once you are ready, put in the work, be the candidate you want to see, and get others in your community to vote, do you can make the changes you want to see made and respond to the concerns of other citizens the way you want to see them responded to. The best governments after all are composed of citizens that give a shit and want to take care of other citizens.

See all posts by Michael Hanson-Metayer →