CBS's The Activist Is the Worst of Performative Activism

by Ilana Quinn 8 months ago in activism
Report Story 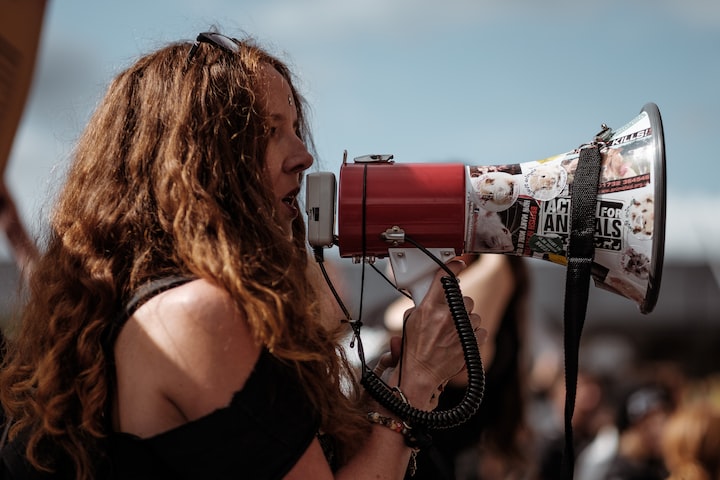 On September 9, 2021, the giant American television and radio network CBS announced the launch of a new reality series entitled The Activist, premiering on October 22.

According to CBS's official website, the series will highlight the work of real-life advocates for various issues and pair them with celebrities while contestants compete for a chance to take part in the G20 Summit. Among the celebrities hosting the series are Usher, Priyanka Chopra Jonas, and Julianne Hough. Deadline further revealed contestants will be graded on criteria based on "online engagement, social metrics, and hosts' input." The winning team of advocates will be serenaded by some of "the world's most passionate artists."

While at first glance, The Activist seems like an earnest attempt to bring attention to worthy causes, many criticized the premise for its tone-deaf agenda reminiscent of celebrity influencer Kendall Jenner's 2017 Pepsi commercial - which capitalized on actual issues for corporate gain. Activist Jameela Jamil was among the critics who noted the unhelpful concept of the show:

Couldn't they just give the money it's going to take to pay this UNBELIEVABLY expensive talent and make this show, directly to activist causes? Rather than turning activism into a game and then giving a fraction of the much needed money away in a "prize…?" People are dying.

Jamil's sentiment was echoed by many others, who labelled the upcoming series as performative, trivializing, and even harmful for smaller charities and organizations with smaller social media presences and less social traction. While many popular issues are important, the constant promotion of the select few causes the mainstream deems acceptable leaves little room for other movements to thrive.

In addition, framing the series as a competition rather than a way for advocates to showcase their causes perpetuates the false notion that activism and social justice should be a game with winners and losers. One commenter even aptly likened the series to Suzanne Collins' dystopian book series The Hunger Games, where a group of teenagers are unwittingly thrust into an arena and compete to the death. In the same way, the series could fall into the trap of promoting personalities rather than the movements they represent, becoming a popularity contest for activist influencers.

Although I am sure many of the activists competing in The Activist are doing so to bring greater awareness to their respective causes, the forthcoming series is emblematic of performative activism: a phenomenon currently pervading popular culture and the corporate world.

Performative activism is described as activism performed to increase one's social capital or popularity, devoid of an actual desire to promote the interests of the interest at hand. Essentially, performative activism is self-serving and practised by many politicians, corporations and celebrities who seek further acclaim by pretending to care about prevalent social issues. People who perform this type of activism are often accused of "virtual signalling," where a genuine interest in progress is replaced by a desire to be seen as morally superior.

In the so-called digital age, it has become far easier to garner attention for previously taboo or unknown issues - which is undoubtedly a good thing. Activists can leverage platforms to raise awareness for various causes, which are shared and re-posted by those who resonate with them. Unfortunately, with this ease comes the ability for corporations and individuals to capitalize on social and political problems without enacting change - exemplified by corporations who celebrate Pride Month by updating profile pictures to rainbow flags, without actually helping LGBTQ people in need of care.

Sometimes, corporations and politicians who claim to be in favour of certain causes are later revealed to engage in discriminatory behaviours, emphasizing how easy it is to feign caring without actually doing so.

With another federal election on the horizon in Canada, Prime Minister Justin Trudeau has come under fire for preaching about the importance of reconciliation with Indigenous nations without providing clean drinking water to the Neskantaga First Nation for almost the past six years despite promising to do so in 2015.

The Activist is a perfect representation of performative activism in the digital age, where social media both allows activists to champion causes and also permits the hollow, insincere virtue signalling of companies and politicians to persist. But actions speak louder than words. We will watch to see if the series achieves the progress it has claimed to strive for.

More stories from Ilana Quinn and writers in The Swamp and other communities.