Black People Don't Owe You Anything

by Tone Breistrand 10 months ago in humanity
Report Story

In case it wasn't obvious 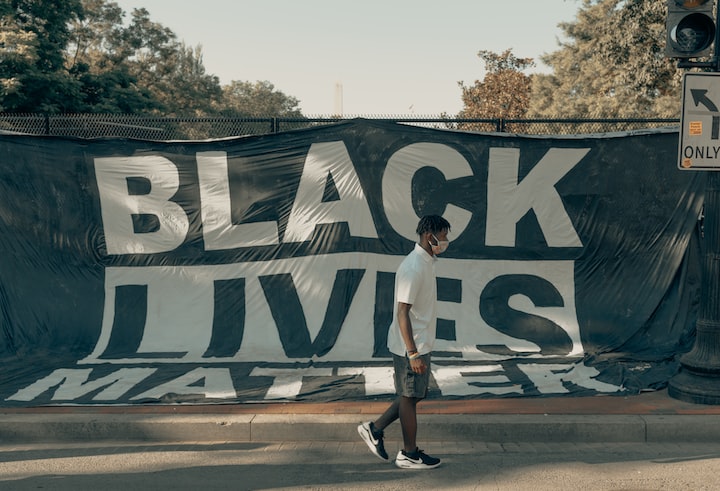 Before we get into it, I just want to say that not all English people are racist. I totally understand that some people have that impression following the aftermath of the Euros. The abuse and discrimination has been overwhelming, and my immediate thought was honestly that England is a lost cause. It's hard to understand that people can be so hateful over something that doesn't matter.

But shutting down and concluding that a country is a problem that can't be fixed and that there's no hope for them doesn't solve anything, it just makes everything worse. That would be allowing the racism to happen. Especially for me as a white person who isn't personally affected by this. I truly believe that if you're lucky enough to not be a target of racism yourself, it's even more so your responsibility to do what you can to stop it.

Following the Euros we've seen people be thrown in rivers, get stabbed and attacked, as well as the huge amounts of abuse online. But please don't let that make you feel that there's nothing we can do. It's more important than ever that we do what we can. Speak up every time you see racism (as long as it's safe for you to do so), use your voice and take a stand. Call people out, tweet their employers, refuse them service, educate them, do anything you can.

When people are abusing black football players, they're not just abusing those specific people, as what they're saying isn't personal. When the problem they're having with them is that they're black, their abuse applies to all black people. How are black people supposed to feel safe in a world where every little mistake they make can be used as cause for abuse? How are they gonna feel like they can find their place, do what they wanna do, and most importantly, thrive? We need to work hard to achieve this.

Even though it's pretty obvious I'm just gonna say it; black people don't owe you anything. They don't owe you being perfect. They shouldn't have to work harder than everyone else to earn their spot, they deserve their spot just as much as everyone else. It's hard to grasp that this is still a reality in 2021.

Something I've seen posted around the Internet is "If you win you're English, if you lose you're black". It's sadly proven true. If a white person didn't score, we wouldn't have heard anyone say "It's because you're white". The acceptance of black football players has evidently for many people come with conditions. If you make a mistake, they won't claim you. A lot of factors affect whether you'll score or not, but being black isn't one of them.

It's embarrassing to be white when stuff like this happens. It's important to remember that not every white person is a racist, but the absolute majority of black people have experiences racism. This means that calling people out is crucial, because no one deserves to live in a world where the colour of their skin determines how they're treated. What race or colour you are is something you can't affect, and no one should be made to feel like they want to change it because they're not good enough.

I know that we're a long way away from freeing ourselves from racism, but if we do nothing it's gonna take a lot longer. We keep seeing incidents all the time where it's clear that this problem isn't gonna go away on its own, and action is needed now. Any single time a person experiences racism is one too many. We need to implement a zero tolerance for racism, and we need to vocalise it.

Please gather the courage to have the uncomfortable conversations with the racist people in your life, to educate them and make them understand that it's wrong. Tell them about the history of mistreatment of people through the years and how racism is sadly deeply systemic in our societies.

More stories from Tone Breistrand and writers in The Swamp and other communities.