by Marcus "Paradise" Dawes 2 years ago in opinion

Have we forgotten why we're trying to remember?

"If a race has no history, it has no worthwhile tradition, it becomes a negligible factor in the thought of the world, and it stands in danger of being exterminated," − Carter G. Woodson, The Father of Black History Month

Carter G. Woodson is credited with laying the foundations for promoting the accomplishments of African Americans when he and Jesse E. Moorland founded the Association for the Study of Negro Life and History (later renamed the Association for the Study of African American Life and History, or the ASALH) in 1915. It is said that Woodson witnessed how black people were underrepresented in the books and conversations that shaped the study of American history.

In 1926, Woodson and the ASALH launched a "Negro History Week" to bring attention to his mission and help school systems coordinate their focus on the topic. 👍🏿

Fast forward ninety-one years to today, Black History Month is widely celebrated around the world, although if your learning environment is restricted to Google search results alone, then you'd be hard-pressed to find any nations other than America, Canada,Germany (February), and the United Kingdom (October) celebrating.

Biasedly No Longer Buying It...

As I sat down to write this post, my thoughts were heavily weighted towards arguing that the annual allocation of 28, 30, or 31 days (dependent on country) IS NOT 👎🏿 and WILL NEVER BE enough time to focus on the influences of the African Diaspora in and around the world. Surely the celebration of a race of people, their history, customs, contributions, innovations, perseverances, triumphs, struggles, setbacks/held back, culture and developments should not be limited to a mere month-long campaign! 👎🏿 And it seems that I'm not the only one no longer buying into Black History Month, there are long-standing campaigns that choose African History Month#AHM over Black History Month #BHM 👍🏿

Every year as Black History Month rolls out, and hashtag #BHM becomes more and more visible. I get this stomach tightening, throat clenching nausea of disgust. The bile taste of another, "Here we go again," sentiment sets in as the usual players ready themselves poised with good intent and government subsidized funding — ready to blah blah blah for the umpteenth time; they call it "tradition." It's to the point I can no longer tell the Geppettos from the Pinocchios as everyone's got a handout.👎🏿 Kudos to those doing for the love (we need more of you). 👍🏿

Boycott Sal's (Do The Right Thing)

Trust me, if there were a worthy substitute suggested, I'd gladly boycott the regular celebration in favour of something different, something fresh, something that speaks to all generations of people of colour, especially our youth. Matter of fact, if anyone reading this has such an alternative, then please start a national/international petition here:

Black History Time would represent a constant year-long observation/celebration 👍🏿 VS. Black History Month which represents a short burst of interest for a maximum 30 days out of 365. 👎🏿

Heard It All Before (Sunshine Anderson)

Growing up in NYC, attending public school in the 80s and 90s, we got the same old names and faces year after year. Social Studies gave us a chosen few when they could have given so much more. Below you can see a list of the Board of Education's 'go to heroes', but I've added some interesting historical reference【 links 】click ém learn more:

When my turn came, I added my voice to the music. 👍🏿 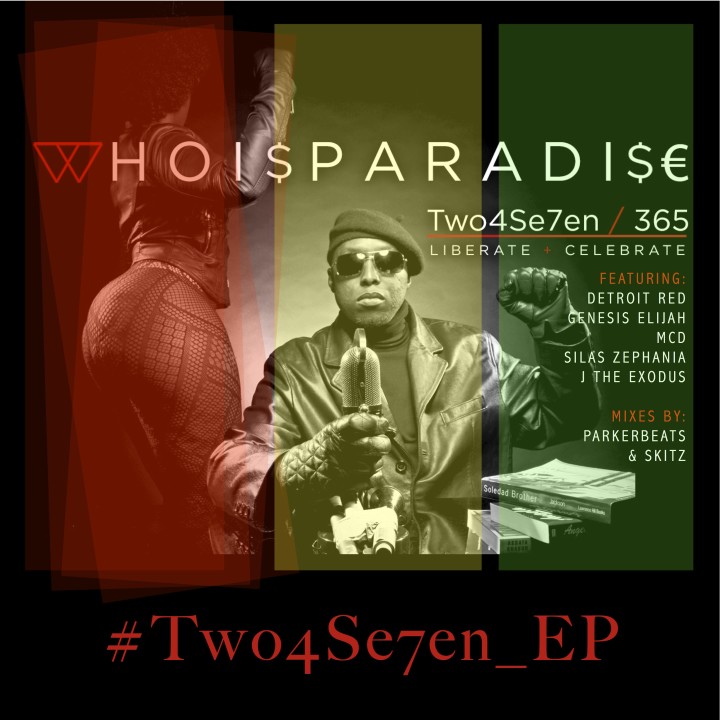 I like Nike but wait a minute, the neighbourhood supports so put some money in it. All corporations owe, they gotta give up the dough to my town or else we gotta shut em down - Public Enemy 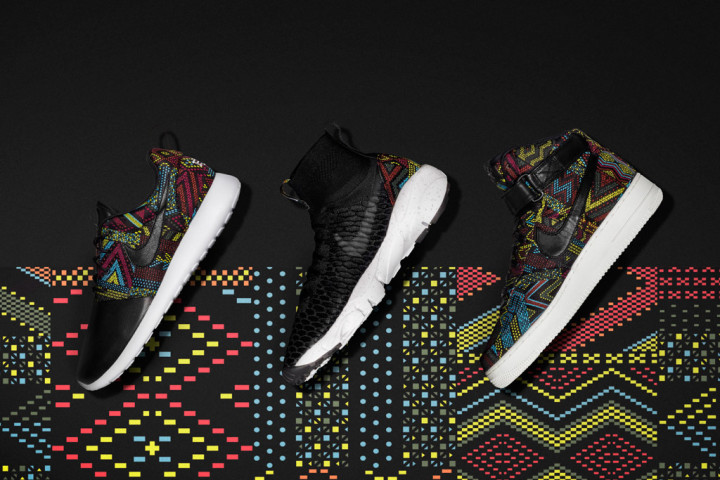 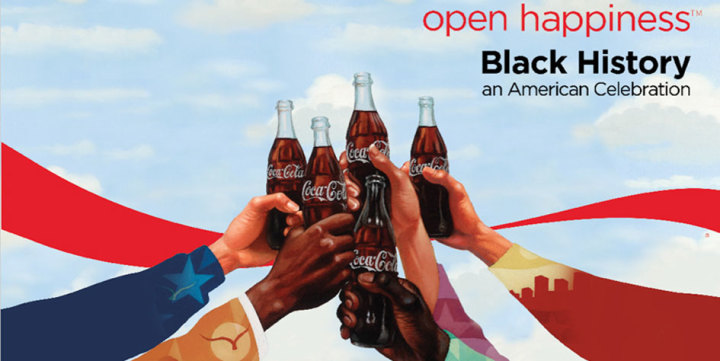 Apart from the deep pockets and long arms of corporations targeting BME/BAME (I hate these two, and the POC label as well—actually, I think People of Colour has a majestic ring to it, but when I hear someone pronounce the abbreviation instead of the individual letters, I'm instantly offended. Go POC yourself!) 👎🏿 (Pardon me, I digress)... apart from multi-national, blue chip brands targeting consumers during the racially sensitive Black History Month period 👎🏿, many people are divided by the "who" BHM is intended for. Are we celebrating the achievements of Africans or solely those of African descent throughout the diaspora? It's a valid question. What began as a way of promoting the achievements and contributions of African Americans doesn't always speak to those outside of that particular demographic. Maybe we need a more inclusive objective. 👍🏿 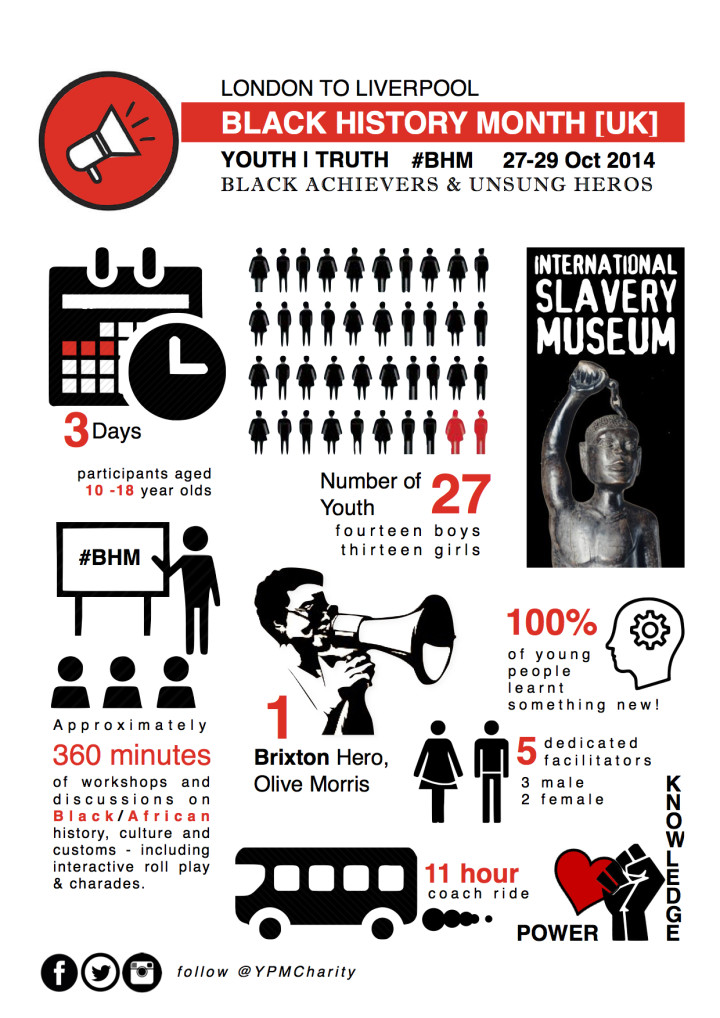 In my opinion, there's a huge onus of responsibility on us as individuals to play an active role in safeguarding the legacy of our people for future generations. 👍🏿 It is incumbent upon us all to ensure that our past has a future!

Year in and year out I see and hear about so many great initiatives on both sides of the Atlantic, and I fully support all of their year-long efforts, from Black History Walks LDN/TO and Black Father Support Groups, to Mentoring Orgs, Black Supplementary Schools, and heritage institutions like the International Slavery Museum, The V&amp;A, Black Cultural Archives, Brixton, the Schomburg Center for Research in Black Culture, NYC, and countless others around the world. 👍🏿 (Sorry this isn't an extensive resource list, just some orgs that popped to mind while writing).

Let it be said, that personally, I am eternally grateful and know that I am blessed 😇 to have a platform from which to contribute be it musically, written, or hands-on, out and about in the community. For the past 10 years plus I've taken part in a multitude of community enrichment programs, initiatives, and activities created by the South London charity that I work for. I wholeheartedly love and appreciate the opportunities entrusted upon me to help make a positive difference in the lives of the families we work with. In 2010 when we explored how best to contribute to Black History Month, our famed London to Liverpool residential and our Black Achievers &amp; Unsung Heros projects were born.

Challenge! Before you go entering the #woochallenge or Krept &amp; Konan's #wowowochallenge,how aboutwe as parents, educators, bus drivers, barbers, nurses, drug-dealers, spitters, stripers, models, DJs, postmen, waitresses, radio hosts, podcasters, entertainers, bloggers, and the like all challenge ourselves to truthfully answer this one question, "Can I do more?" And by doing more, I'm referring to more — all year round; not just in the existing pre-prescribed 28-30 days.

To say the least, Negro History Week is an outdated, one-shot treatment designed in an American laboratory over 70 years ago. Revolutionary at the time, but totally ineffective as a remedy able to treat the current deficiencies present today.

Where Black rappers, actors, musicians, athletes, and social media personalities share the greater percentage of icon real estate, their dominate imagery everywhere, how can the tried and tested, two-dimensional characters of the past compete? They can't. And why are we always celebrating the dead? Aren't there plenty of living, breathing nowadays heroes and heroines making positive, impactful change worthy of our attention and recognition today???

This generation and future ones deserve vaccines robust and effective enough to protect them from the disease of one's own ignorance. The 30-day pill is no longer effective. Black History Month is no longer fit for purpose. The time for a checkup has passed, it's time for a complete restructure, marked "urgent." Fam! We are in a state of emergency. There's a virus running through our communities and it's not even hidden, it's out in plain sight for all to see. It's evident in the self-inflicted death tolls of our youth, in the overpopulated prisons of our cities, the black on black crime rates in our communities, the single parent households of our queens, the famed multi-platinum murder, death, kill lyrics of our new spokesmen, the over-glorification of Insta chicks and ratchet TV stars, and in the mind-altering "money over everything" mantras we spew every day—not just a lifestyle phrase, but seemingly our whole reason for life.

There is a depreciating price on our humanity, and it seems as though anyone with enough money or high enough social currency can lay claim to its ownership.

Our principles are shifting and dying a slow death. As the virus grows stronger, infecting more, we normalise the symptoms. Over the years, the virus has grown thirstier for black blood spill. Even back in 1994 as I chanted "Jerry! Jerry! Jerry!" laughing and howling at my television, I had no idea I was being infected. Ten years later as camera phones replaced studio sponsored, syndicated "reality" tabloid programs, the virus slowly evolved into "World Starrrr!" Today, the Snapchat gen doesn't chant the same, instead, they eagerly record to share every blow and insult in what is their ephemeral form of social interaction. To understand just how strong and deep-rooted the virus is, just add the social ills with social media and you'll begin to see how fortified its tolerance is. You don't need to imagine how strong it has become, you can feel its effects everywhere. What we need now more than ever are continuous, year-long immunisation programs that ditch the topical hook on which too many hang their expiry dated Black History Month stories on... As cliché as it sounds, we need change. Different times call for different measures. 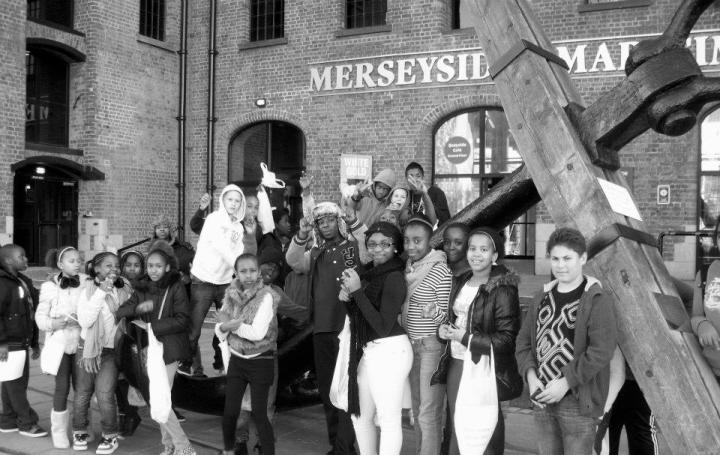 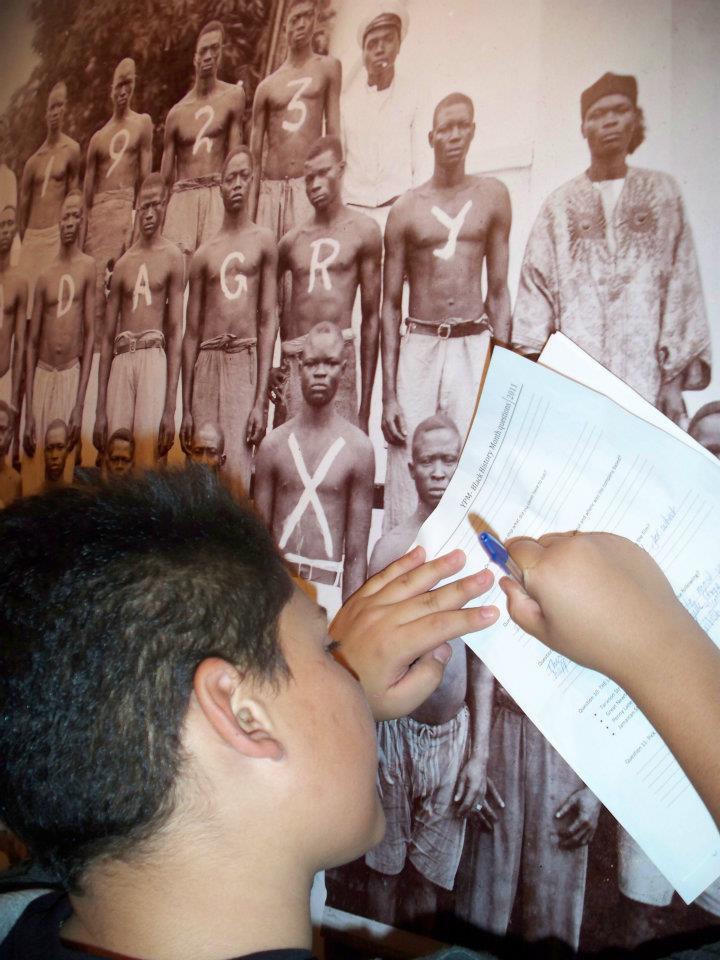 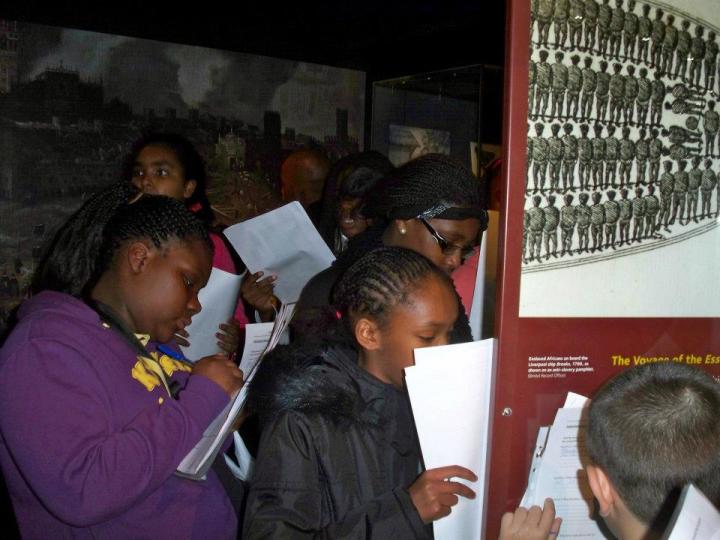 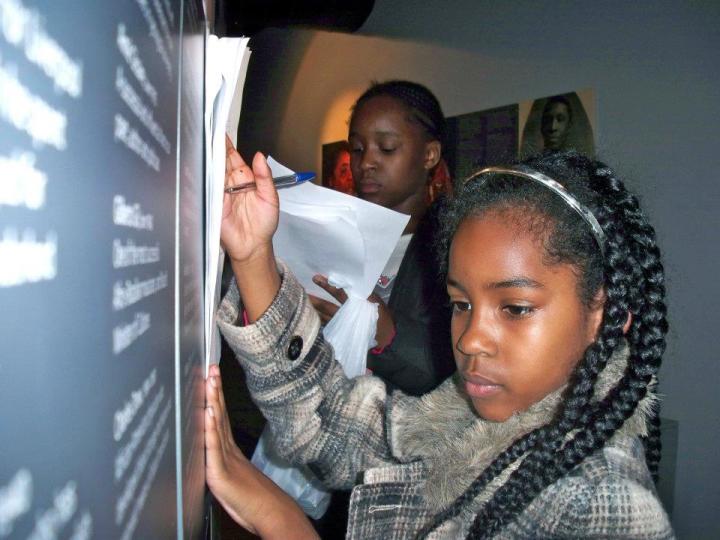 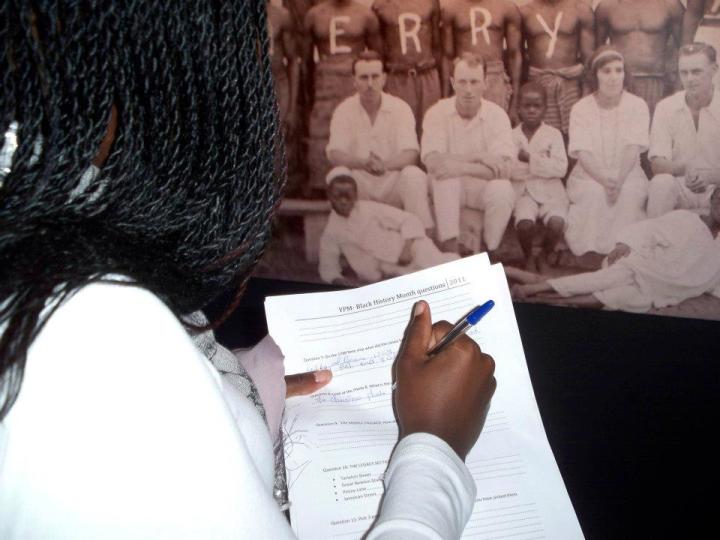 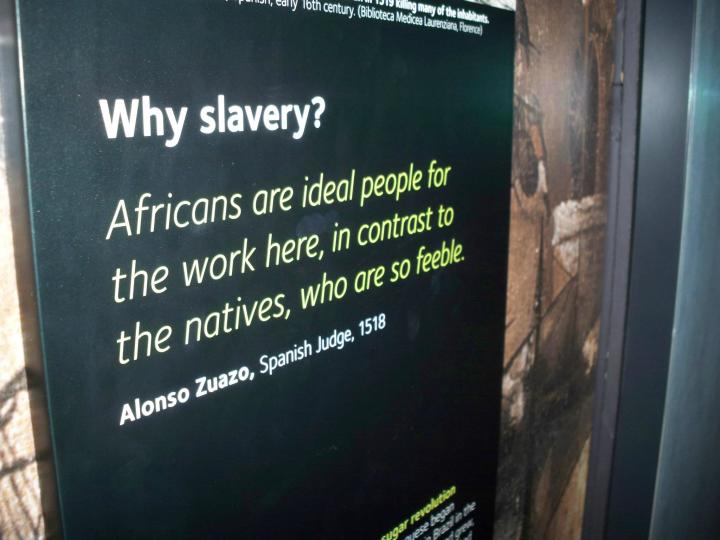 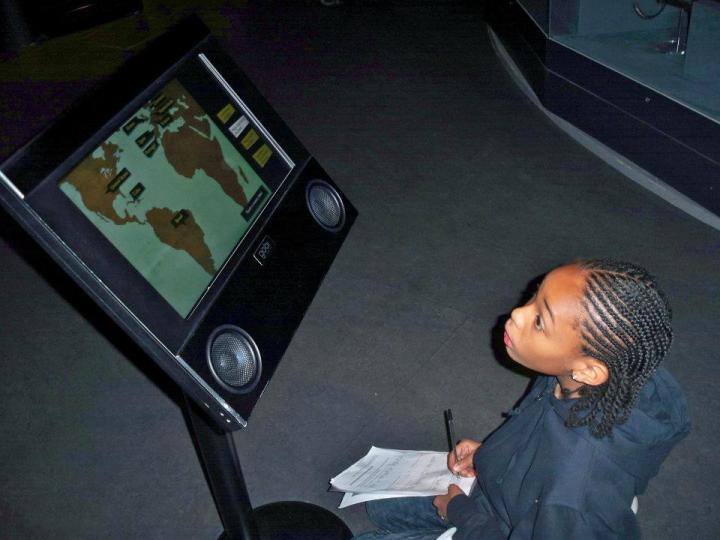