by Tyler Mc 6 days ago in history
Report Story

A prologue to stories about Anarchism on the American continents... 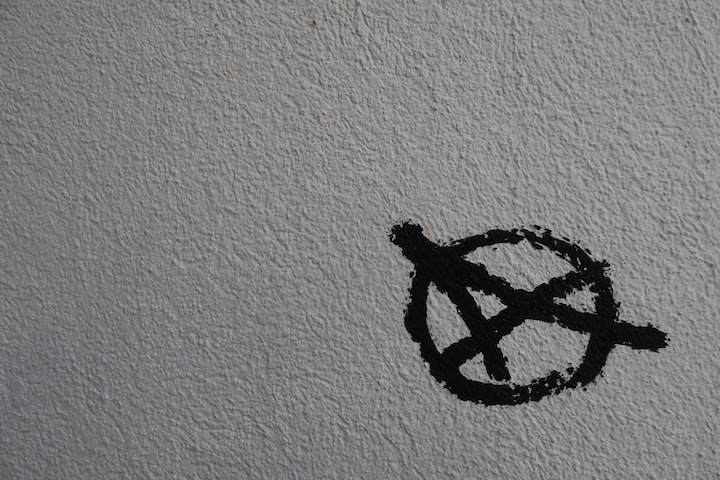 Photo by Orit Matee on Unsplash

When it comes to the United States of America, the country has seen better days when it comes to freedom and democracy. The United States was founded as a representative democracy where representatives were supposedly supposed to speak for the people as the new nation slowly transitioned from being under the rule of Britain. Why? Because it was incredibly difficult for people to have any form of representation in the United Kingdom during the seventeen hundreds, even with a series of reforms that stopped Britain from being an absolute monarchy. In the late seventeen hundreds and early eighteen hundreds, very few people in Britain had any real say in how their government was run. According to a survey that was conducted back in 1780, the electorate in England and Wales only had about two hundred fourteen thousand people - or less than three percent of the total population that the electorate & British parliament was supposed to represent. In Scotland, the electorate was much smaller. In the year 1831, only four thousand five hundred men out of a population of two million six hundred thousand had the ability to vote in parliamentary elections. Basically, very few citizens of the United Kingdom had any kind of voting rights or freedoms, making Britain more of a oligarchy of the few pushing around the many than a genuine democracy. All of this started back in 1430 in Britain, where legislation was passed that limited voting on parliamentary representatives to those who owned land for an annual charge of at least forty shillings. Since then, voting rights required white men - the only demographic that was really allowed to have a say - to have some degree of wealth and ownership of property to really have any influence on government. The United States and other British colonies eventually rebelled against these unfair rules, but it was not as if the government of the United States embraced what most would consider true freedom. Similar restrictions were established in the United States which kept people from having true democracy or say in how their society works.

The United States Constitution gave power to the states to set requirements for who was allowed to vote and who was not. These requirements were far more than simple citizenship and usually included several unfair restrictions that generally kept average people from being able to have suffrage. Generally, states in the early seventeen hundreds limited the right to vote to property-owning, tax-paying white males who were twenty-one years old or older. Property-owning, rich white people only made up a small percent of the general population, so most states became oligarchies where the only people who could vote on representatives were those with enough money. You could not afford to pay taxes? You could not afford to buy land? Then, you had no say in the government on a state or federal-level. Fortunately, it was not like that everywhere. New Jersey allowed all adult inhabitants of the state to vote if they owned property including women, but the property requirement still took away the right to vote from many people. In the year 1790, there was a law called the Naturalization Law that allowed immigrants to have the right to vote. However, this law only applied to 'free white' immigrants, which prevented a lot of people from voting. This 'free white' wording also only really applied to men, so Caucasian women and non-whites were completely out of luck. Many states also still required property ownership, so on top of these rights being limited to white men, it was only for 'white men' who immigrated with enough money to afford property. By 1807, New Jersey had fallen in line with the other states with removing people's voting rights. That year, New Jersey decided that African-Americans, women, and other minorities were no longer allowed to vote or have any direct say in how they were governed. With new laws being passed, only tax-paying, white male citizens were given the right to vote and the state removed the voting rights of every other citizen.

For years, many people where denied the right to vote for various different issues from skin color to gender to how much property you own. This pretty much prevented people from having true freedom and democracy, a sentiment many people have about many modern governments and the United States to this day. Fortunately, there are a group of people who try to fight for real freedom the United States as well as other parts of the world. There are a group of individuals who support true direct democracy where the people actually get to speak about the issues instead of voting for a representative and hoping that said representative will hopeful get to the issue people care about one day. Even those who don't necessarily go along with direct democracy still go the extra mile to support individual liberty and the idea of people being free to have a say without worrying about the state putting them down. These people have a name that was supposed to represent all of these things, but this name has been dragged through the mud by people who would prefer for rights & the ability to influence your society to be kept in the hands of the few instead of the general populace. These people are known as anarchists.

Now I know most people when they hear the word anarchist, they pretty much image chaos and death and destruction. Years of propaganda and crazy people who take on the ideology of anarchism has led to people seeing the ideology as something only sociopaths and edgy teenagers believe in because it will always lead to chaos. This belief that true freedom and anarchism will always lead to disorder and pandemonium has infected the mindset of mankind and convinced people in both the United States and elsewhere that freedom=chaos and statism/control = order & peace. However, I am hoping this writing will help to break this stereotype and convince people that there is more to anarchism than a simple desire to cause disorder for disorder's sake that most forms of media try to depict anarchism as.