America & its Lack of Compassion for its Own Citizens

by Emily Jacoby 2 years ago in opinion
Report Story 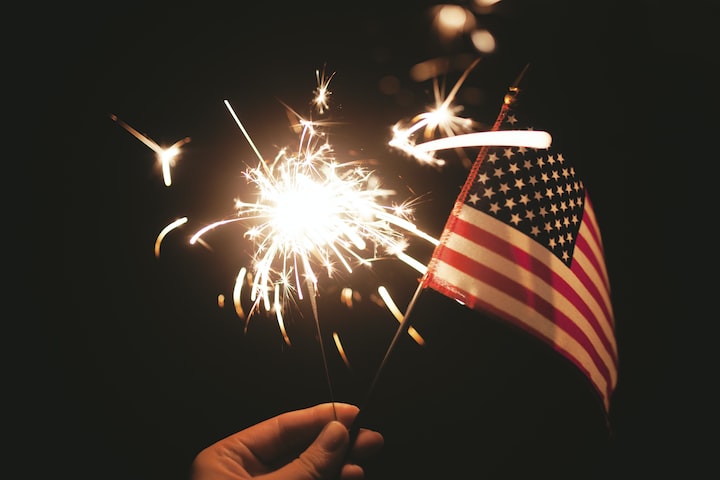 Photo by Stephanie McCabe on Unsplash

The most iconic duo is America, and its lack of compassion for its own citizens. Since coronavirus changed the course of all of our lives just a few months ago it has become abundantly clear that we the people do not matter at all. $1,2000 for four months, that is, if you got a stimulus check at all.  Right now 28 million Americas are at risk of eviction. 51 Million Americans are unemployed. Even if you are lucky enough to either have kept you job or been hired within the last few months just going to work every day, you are at risk of contracting a deadly virus that you might pass on to your loved ones because your fellow citizens don’t want to do the bare minimum of wearing a mask because their rights are being ‘threatened.’

As Americans lay dying in over crowded hospital rooms around the country people still confidently claimed that this all was a hoax and that masks were just ways of our government trying to control us. We claim that we are the greatest country on Earth, and yet as our numbers soar other countries have otherwise almost eliminated the virus from their region. New Zealand’s prime minster ordered anyone who entered New Zealand into a mandatory fourteen day quarantine, before eliminating all travel in early March. This week New Zealand could reopen after months of their leaders calling for them to all stand together and follow their scientists’ advice. In comparison it took our own President months to encourage citizens to wear masks and his own prior claims of this all being a hoax fueling others to believe the same.

There has always been a disillusion with in America, if you’re poor than it must be because you’re lazy. In, a country where everyone falsely believes they too can one day be a millionaire. Last night as I was discussing Trump’s tweet saying that suburbs will  no longer be required to build lower income housing, but brother uttered “damn right.” My brother who makes less than 25K a year who could not afford to rent an apartment in our area, and who can only afford his car and other items he pays for because in lives rent free in my mom’s house where she provided most of his food and basic needs.

I made 10K more than my brother last year and yet when I had to quit my job because I could no longer to afford to live in my area a month before Corona virus broke out I was not alliable for unemployment and anywhere I could get a job was closed. Before corona I lived paycheck to paycheck, having to pay over a thousand dollars a month on student loans for a college that promised I would get a good job after graduation. I worked at a coffee shop, not that working at a coffee shop isn’t a good job but if I had graduated high school and started working at a coffee shop right away, I would probably have over 10K in my savings account and wouldn’t be living in my childhood bedroom. Today I don’t have a savings account at all the money I saved up before coronavirus was used to continue paying my private student loans the past couple of month.

From ages five to eighteen for one hundred eighty days a year we start everyday by reciting “I pledge allegiance to my Flag and the Republic for which it stands, one nation, indivisible, with liberty and justice for all.” Yet how is their justice for all when a majority of us can’t even afford basic human needs like housing? A country is nothing without it’s citizens and when American’s needed their country most no one was there to help.

I'll teach you how to drive

Your stick shift car into the night

It's an old movie

But my mother showed me it years ago

You'll be the good girl

I'll be the guy to change your mind

More stories from Emily Jacoby and writers in The Swamp and other communities.