A Wall or No Wall!!! My Country for a Wall

by Maurice Bernier about a year ago in controversies

Right now, as I write, it is ten days into the new year of 2019 in New York City, a city so nice that you want a slice (of pizza, of course). We have so many activities going on here that it is almost a shame to see a CLOSED sign at the end of the business day. Without us, the world would come to a screeching stop. We have the entertainment, sports, businesses, schools, and so many other interests of the world right here in our back and front yards.

All sorts of famous (and infamous) people also lived here and got their starts in our lovely city and state. I can't even name the total number of celebrities, sports stars, and even mob bosses who graced our fair city. Yup, we are that loved by them all. If not, why did they come here?

One of the most famous people to live here is our beloved (Okay. Some of you may already disagree with me. I can accept that) President Donald J. Trump. Now, before you lose your potatoes here, let me get one thing straight. I am NOT trying to convince you to vote for him. That is entirely up to you. As for me, I never voted for him, Barack Obama, or Hillary Clinton. I am completely neutral. I am neither Democrat or Republican. I will praise either party as I see fit and I will scold each party as I see fit. As a result, I intend to call it down the line as I see it.

Mr. Trump has a very interesting background. His father, Fred Trump, was a real estate baron. He had money. At a certain point in his life, Daddy Trump gave a substantial sum of money to his son in order to start up a business. Therefore, Mr. DJT did not have a "rags to riches" story to share. His was a riches to riches story. During his lifetime, DJT spent most of his life dealing with real estate matters. He also ventured into arena football, steaks, and a "university" called (hold on to your seats) Trump University. Yup, he named something after himself like he did other things that he created. If he likes it, he would slap his name on it.

Now, we cut to the 2016 POTUS campaign. DJT has decided that he wants to throw a wall between Mexico and America. He promised to have a barrier built and that Mexico was going to pay for every inch of it. As of this writing, the wall has yet to be built and Mexico has yet to put up a dollar or peso for it.

Before you read on, please understand that I am not here to pick on Mr. Trump. In fact, I am not here to really pick on anyone. I am just pointing out who is involved in this extremely long government shutdown.

On the opposite side of this issue are the Democrats. They are currently being led by Senator Chuck Schumer of New York and Speaker of the House Nancy Pelosi. They are quite adamant in their opposition to the wall. The cost? It is just a mere $25 billion dollars. Just a mere bag of shells. It seems that the Democrats are going to oppose the POTUS every chance they can get. Needless to say, nobody is giving in. The DNC is holding steadfast to their position

Who is feeling the impact of this situation? There are 800,000 innocent victims in this tug-of-war. They are the government workers who used to toil at their jobs every single day. Most of these people understandably have to work from paycheck to paycheck. Many have to pay mortgages, tuition, and take care of their children. Yes, many of them have to live on whatever is left from their last paycheck. These are the innocent victims here.

As I am writing this, the budget battle is already in its 25th day with no signs of a peaceful resolution. I do, however, think that I have some sort of resolution.

After all of that, I'd make sure that there is also ample military personnel extending the entire distance of said wall. If the POTUS, Congresspeople, and Senators want to create jobs, this will do it. By keeping the military there, you will add some real active muscle there instead of having an unmanned wall there in their place.

I read an article in the January 14, 2019 New York Daily News that talked about how Joaquín "El Chapo" Guzmán, a notorious Mexican drug lord who is on trial here in New York City, used to transport his drugs into our country. He used EVERYTHING, not just drug mules. He used planes, boats, planes, trucks, cars and even—get this—submarines. In other words, a wall could not stop him. If a wall could not stop him, how can it stop others? One needs to remember that when one faces an obstruction, one can go over it, around it or even under it if everything prevents you from going through it. By the way, he is not the only drug cartel that made it past the border. I am sure that there were others who were just as successful, just on a much smaller scale.

I think that in this situation, both sides of the political aisle need to give a little in order to get something in return. The POTUS is asking for a wall to the tune of $25 billion. The Democrats are asking for other things. Perhaps the POTUS can settle on something with a much smaller price tag and the DNC could whittle down their budget requests. Again, that is how one compromises. In the long run, the POTUS will win. The DNC will win. Most importantly, the furloughed workers who were the pawns in the middle would win as well so that the country can get back to its normal, functioning self once again.

Only time will tell. 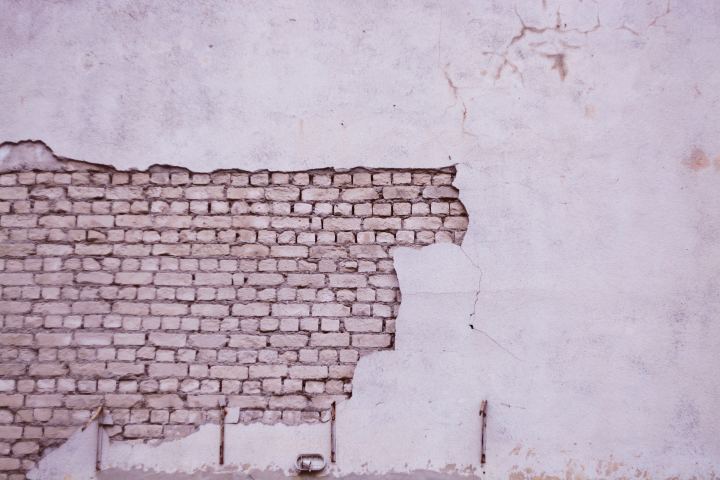