by Jessica Bugg 9 months ago in blockchain
Report Story

A Brief Guide To The Next Emerging Crypto Giant 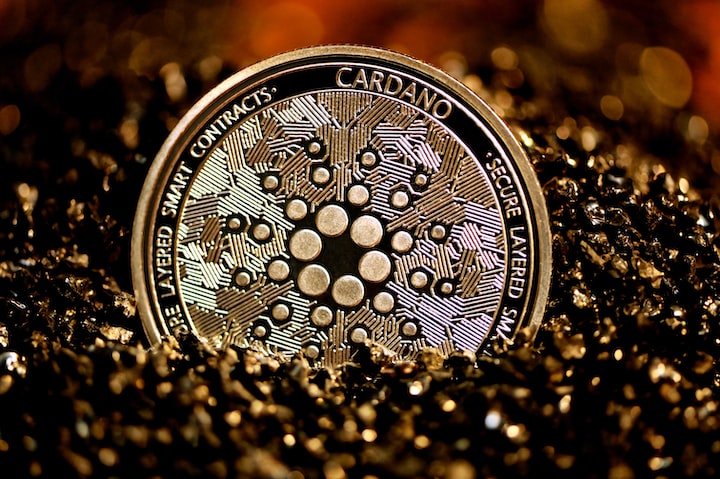 At the time of writing, Cardano has emerged as the third largest cryptocurrency by market cap eclipsing most predictions. Currently trading at approximately $2.79 (US Dollar) per coin, Cardano is poised to make a serious rally over the coming months. In this article we are going to take a brief look at Cardano, it’s origins, and evaluate it’s long term investment potential.

So, What IS Cardano?

Cardano is an open-sourced, decentralized blockchain platform, it has the ability to facilitate peer-to-peer transactions using ADA which is it’s internal cryptocurrency.

So let’s break down some of the terminology. Open sourced means that Cardano maintains a public ledger of any and all transactions. No shady trading, no covert dark pools, just transparency in transaction history. Anyone can access the public ledger for Cardano (and how to do so will be coming in an article soon!). Decentralized means that Cardano is not minted or created by a government entity. Additionally, Cardano does not rely on a third party to facilitate transactions.

A basic example I like to use is swiping your card at the gas pump. The transaction will show pending on your banking app but the gas station does not yet have the money in their account. That is because the Federal Reserve acts as an intermediary between parties. Some say it’s to ensure fiduciary trust, others say it’s for more nefarious reasons. I’m not here to battle the creature from Jekyll Island . . . I’m just explaining decentralization. The primary benefit of decentralization is that there is no delay in accessing your funds.

When Was Cardano Created?

In 2015, Charles Hoskinson who co-founded Ethereum (which is Crypto #2 right now) but I do feel the need to point out if you look at the list of co-founders of Ethereum the list is pretty lengthy, decided to develop Cardano after he and Vitalik Buterin got into an argument. The basis of the argument was that Buterin wanted to keep Ethereum as a nonprofit and Hoskinson wanted to accept venture capital money. I’m not a betting lady, wait who are we kidding here, I am, my best assertion is that Buterin was concerned about Big Bank interference with the development and future of Ethereum.

Yeah I could phrase it more professionally, but essentially they got into a fight and Charles decided to create his own coin, which he headquartered in Switzerland (super smart btw), and he named Cardano.

Cardano Has No White Paper

Potential investors, please note that unlike Ethereum and Bitcoin, Cardano does not have white paper. Instead Cardano has design principles that are stated to overcome and mitigate some of the challenges facing Bitcoin and Ethereum currently.

I personally, find it slightly concerning that Cardano does not operate with white papers citing the “environmental concerns” which sounds just a bit too altruistic for a founder who was upset about his previous coin remaining a non-profit. A little sus my readers. A little sus.

Cardano’s Plans For The Future

In September 2021, Cardano plans to launch it’s DeFi platform and enable smart contracts as well as DApps. With these innovations, combined with the media frenzy behind Cardano, I do believe we are getting ready to see a rally on Cardano . . . yes I am aware that it is already up . . . but with the VCs and Big Banks pushing it, not to mention the media that is owned by hedge funds . . . expect to see a LOT of pro-Cardano press in the future. And remember, what rules the markets? Fear and Greed.

Is Cardano A Buy?

One of the pieces that put me on the map as an economics and investment writer was my “How To Invest Like A Full Time Trader”, remember, we don’t try to outsmart the banks, we merely come in behind them. With Cardano being backed by Wall Street, I expect to see Cardano become a stable reserve coin that will grow exponentially over the course of the next 12–24 months even if they do nothing. Cardano currently has the media behind them as well, which is great for business and trading.

I pick Cardano as a buy.

More stories from Jessica Bugg and writers in The Chain and other communities.