What Is a DAICO?

by Cato Conroy 2 years ago in ico

No, really, what is a DAICO, and why are people talking about it?

The blockchain industry has become infamous for having a ridiculous amount of jargon involved in trading. If you're just starting to invest in Bitcoin or other cryptocurrencies, you've probably already seen it pretty heavily.

You might have heard of Initial Bounty Offerings, people asking whether they should HODL or sell, or even hear some stuff about smart contracts. The number of buzzworsds never ceases to end.

Now, a brand-new buzzword is starting to make rounds in the industry, and it's called DAICO. So, what is a DAICO, and why should anyone care?

Before we start, let's talk about ICOs first.

To understand what is a DAICO, you'll need to understand ICOs. If you are investing in Bitcoin or other forms of cryptocurrency, you already know what an ICO is. ICO stands for Initial Coin Offering, and it's a way cryptocurrencies unveil their unique currency to the masses while fundraising.

An Initial Coin Offering is the way most cryptocurrencies fundraise. They offer their coin tokens at a discounted part in exchange for Bitcoins, Ether, or fiat money. If the ICO goes well, the coin in question will see further development and promotion.

It sounds pretty straightforward, right? Not so fast...

There are some serious problems with the current ways ICOs are sold.

Though ICOs are very popular, they remain very risky. As with any form of investments, there's always the chance that an ICO could flop and investors could lose everything that they put in. This is an obvious concern, since markets with cryptocurrency tend to be so volatile.

The bigger problem happens with the likelihood of an ICO being a scam. In many cases, people who invested a bunch of money would find out that they were ripped off by scam artists who just took the money and ran.

Another major issue was the fact that investors weren't always pleased with the outcome of the coin's development—but couldn't get refunds for it.

It's important to remember that an Initial Coin Offering is a fundraiser to help develop a successful product. A bad product means that people who put money into an ICO won't be happy—and also won't see good longterm returns on their investments. This, though not an outright scam, would make most people feel ripped off.

So, you're probably wondering what is a DAICO, right?

A DAICO is a more secure solution to the problems caused by standard ICOs.

What is a DAICO, you ask? It's a blend between a decentralized autonomous organization (DAO) and an ICO. With a DAICO, investors can contribute funds into an ICO project like a normal fundraiser. To keep things safe, a smart contract is embedded in the transaction.

This smart contract allows users to get a refund if they don't like the effect or outcome of the token's development. That's not all, either. DAICOs also have smart contracts that allow people to vote on how much money developers can withdraw on the funds.

The second function, called the "tap function," could be the easiest way to avoid having scammers walk away with money. This would make DAICOs far more transparent than a typical ICO.

In certain cases, DAICOs may also allow people to vote on the direction a currency takes. This, in turn, ensures that people will have a say in the product's development.

What is a DAICO best for? 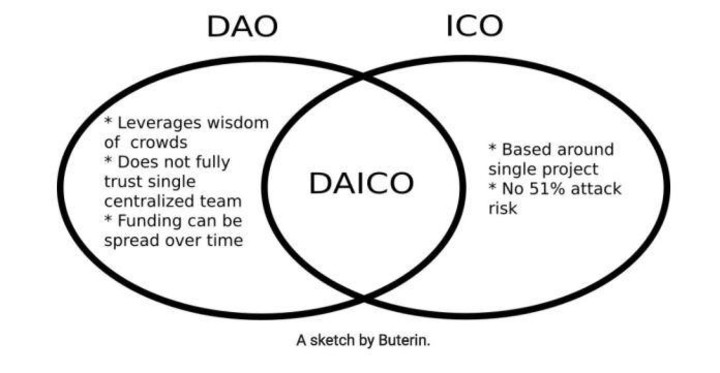 DAICOs solve a lot of the bigger problems that ICOs have struggled with for years, but the most important of all would be the kind of accountability they offer investors and developers alike. If you're not sure whether you can trust the guys that you will send funds to, a DAICO-style coin offering will make you a lot more comfortable.

Because of the sheer level of accountability and transparency that becomes automatic in a DAICO, this kind of coin offering is a great tool for anyone who wants a more secure investment and a product that has everyone contributing evenly.

Since people will be contributing evenly, this also means that you don't have to worry about 51 percent attacks as much. Should they happen, the DAICO would be able to automatically correct itself.

Voting and the ability to leave the DAICO with a refund also means you get more of an emphasis on the collective wisdom, too.

DAICOs offer people the ability to vote on the direction of a project—and also regularly will involve investors in the contribution of ideas to better the product. People who are fans of collective intelligence will find this to be a massive perk.

Transparency and voting rights also have the ability to reduce corruption. Needless to say, DAICOs can also be used to propel a better, more efficient product that people actually want. What is a DAICO, if not the latest incarnation of an ICO?

What is a DAICO bad for?

Though DAICOs can be a great way to get around many obstacles of ICOs, they are not infallible. DAICOs are only as strong as their members, which means that members that don't know what to do or vote against the DAICO's interest will likely have problems.

If members aren't educated, it's very possible that a DAICO will fail because of the majority rule.

Voters also can just disengage from the DAICO, which could weaken it.

There are many investors who just want to be a silent partner in any investment they make. DAICOs may not be a good match for them, simply because they might end up having a "set and forget" attitude that isn't compatible.

Moreover, if most people don't vote during a DAICO, the outcome of the project might not be what the clients want it to be. This could make for a disappointing DAICO.

What is a DAICO example?

Not many DAICOs have actually been released. In fact the only DAICO that has been making waves is a collective called The Abyss. This collective works as a digital distribution platform that rewards users with Ether.

Though it's not a full coin offering, per se, it is a rewards system for gamers that follows similar DAICO trends. So far, it's looking pretty good.

What is a DAICO worth to you? Would you invest in one?

DAICO-style investments aren't for everyone, but if you have the right team on board, you'll find it to be a great option. However, it's up to you to figure out whether it's a blockchain technology investment you want to make.