Is The Midoin Mining App Legit?

by Aamir Kamal 6 months ago in alt coins
Report Story

Is Midoin Network Legit: a Cryptocurrency Investment or a Waste of Time? 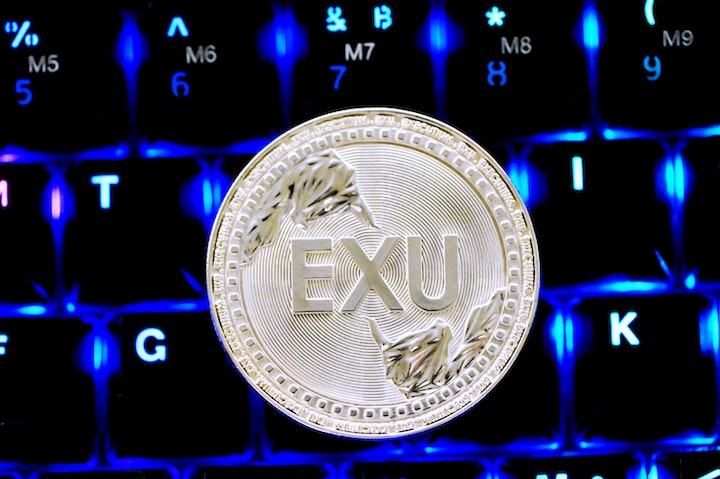 It's easy to fall prey to the cryptocurrency hype and believe that you, too, could become a multi-millionaire overnight by finding an old Bitcoin or Dogecoin stash. However, investing in more advanced cryptos like Pi Network, Bee Network, and TimeStope is so Tempting. Another popular choice in 2021 is OLinakahujowa3102 on the Midoin Network (midoin network), although many people are unsure if it's a genuine cryptocurrency or just a waste of time. So, is the Midoin Network Legitimate?

Midoin is a brand-new digital currency that tries to be entertaining, quick, and simple to use in comparison to cryptocurrencies. Only 26 million midoins will ever be "mined," and they will all exist. Every minute, 1 new midoin is generated. The mining procedure is achieved by clicking as many times as possible every minute.

Before we get into the question of Midoin Network's legality, let's discuss the level of risk. Because while some may make you millions, others will inevitably fail. It's also difficult to tell if a cryptocurrency network is genuine or phony when so many are emerging and with so many different levels of anonymity.

The principle is that if you are not asked to invest money, it is generally safe. However, there are additional concerns to consider. Malware may be included in any app, and it might include a variety of security threats, such as stealing your information and selling it to advertising firms or attempting to steal your identity. I was requested if I wanted the MIDOIN Network app to have access to other apps' data so that it could provide tailored advertisements when approaching web pages.

Does Midoin Network Use Blockchain Technology?

Midoins are stored in digital wallets and can be used for transactions, while the Midoin Network is secured by a blockchain. Although there is not much to go on, it appears that the cryptocurrency has been developed with at least some forethought. Is Cryptocurrency Mining Profitable? Cryptocurrency mining is an expensive investment and it's also difficult. Cryptomining begins by setting up a virtual wallet that can be used to buy or sell midoins or keep them as a form of investment.

On the MIDOIN Network, I noticed a sudden drop in hash rate after my first attempt at mining with four computers running, although the software told me everything was going smoothly. Midoin network claims that you'll earn an income from "mining" midoins but this is untrue as all generated coins are destroyed as soon as they appear, making the earnings

Many people are under the impression that cryptocurrency is similar to modern money, but this isn't accurate. The Midoin app enables you to perform vital tasks in order to "mine" Midoins. Gold's worth is more than just its mining difficulty; it also has other qualities. Similarly, the value of Midoin will be determined by the "network effect," so how many friends you have will have a large impact on how much you earn.

Is Midoin considered a cryptocurrency?

Yes, MidoiN Is A Cryptocurrency: The Midoin Mining App is similar to other cryptocurrencies like Jagari and Rubaniku that produce new coins every minute. However, unlike these cryptos which use complicated algorithms to prevent mining from getting too difficult or impossible, Midoin has simply limited its supply so there will only ever be 26 million midoins. It's also simple to get started with because you don't need any kind of identification or complicated mining equipment- all you have to do is download an app.

The value of Midoin (and other cryptocurrencies) is not established in advance but rather determined by the market. As more people become familiar with Midoin, we anticipate that the value of midoins will increase, allowing users to trade them for anything or convert them into cash via online exchanges. This is what happened to most cryptocurrencies because we all offer something rare and hard to come by.

With so many new cryptocurrencies appearing, it can be entertaining to compare them. Midcoin is a project aimed at returning power over money back to the people. Midicoin is more than just an app, according to its creators. It's more than simply a financial re-imagining. In the making of a peaceful money revolution, Midoin Network promises to be a new kind of living!

Is Midoin a Legitimate Network?

It will be worthless if a network is not legit. Midoin is new digital money that tries to be entertaining, quick, and simple to use in comparison to cryptocurrencies. Midoins are stored in digital wallets and can be used for transactions while Midoin Network is secure by a blockchain with MidoiN being a cryptographic token with its own Blockchain.

It's crucial to comprehend that all of these new cryptocurrencies are in their early phases, allowing anybody to join and mine for free. If they manage to attract enough individuals, they may begin charging new members when the network is more valuable. Joining early on for free is a good method to get a large number of people onboard quickly to Miners don’t need to use get the cryptocurrency off the ground.

People always inquire about the legitimacy of a cryptocurrency network, but it's a question with no correct answer. The Midoin Network offers an app that makes it "legit." Nobody can promise you will become rich or make any money at all using the Midoin Network. But, like Bitcoin, there was always the danger that people would invest their own funds in it.

Thoughts on Midoin at the End

Cryptocurrencies remain in the early stages of advancement, and to keep up with competitors, they need to upgrade their networks. Cryptocurrency only exists on designated computers so it cannot be corrupted. There's no evidence that your phone or other tools are playing a part in this Coin Mining Scheme.

Although the risk is relatively low for now, users may want to protect themselves by avoiding downloading apps if they don't trust their developers. Users who decide to engage in any cryptocurrency should always do their own research before participating (although there's little doubt that Cryptocurrencies will continue growing). Cryptocurrencies are not at all regulated by central institutions or banks that can influence transactions or derive any value from them.

Midoin will be in low supply, with just 26 million units ever produced. This implies that fewer people will be able to mine it and that those who do have a chance of making money. Midon's goal right now is to get the word out about Midoin as widely as possible. This allows you to exchange more items for one another, such as produce, services, and other currencies. Midoin Network is real, but there's no assurance that you'll become rich doing it. What do you have to lose? A few seconds each day. There doesn't appear to be a lot of risk in downloading and mining the Midoin Network as long as your app settings are secure.

Exchanges and trading platforms are used to convert other cryptocurrencies into fiat money. Because Midoin is a new currency, we haven't discovered any exchanges that have included it yet, however, we believe this may happen in the future as more people use it. We understand that exchanges evaluate the likelihood of adding a new currency based on its popularity, therefore, we anticipate that as Midoin grows in popularity, some will list it. You pay nothing to join and you lose nothing if it turns out to be a hoax. However, because there is already a marketplace and individuals are trading products using the currency, I think it's genuine.

Read more articles about cryptocurrency, mining crypto through your Phones, or should You invest in X Alt-coins:

Can Dogecoin Hit $100 In the Future? Discussing The Expected Value of Dogecoin