by Mahedi Hasan 3 months ago in alt coins

Here’s What You Should Know 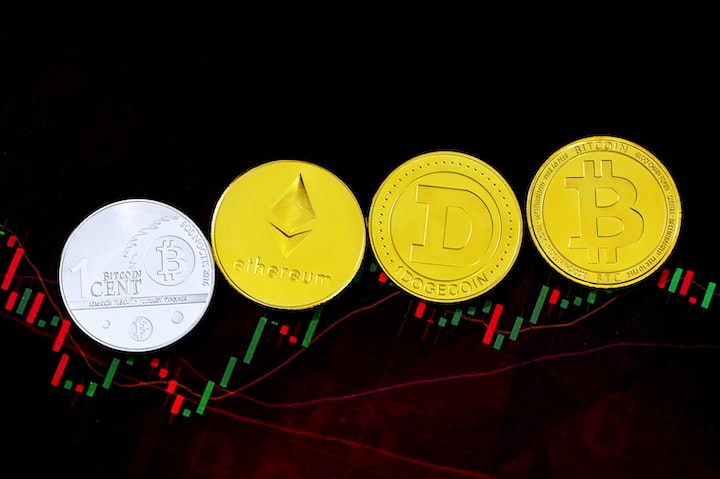 Cryptocurrency is a type of online payment that may be used to buy and sell products and services. Many businesses have created their own currencies, known as tokens, that can be exchanged for the goods or services that the business offers. Consider them to be arcade tokens or casino chips. To use the good or service, you'll need to convert actual money for cryptocurrency.

How many cryptocurrencies are there? What are they worth?

According to CoinMarketCap.com, a market research website, more than 10,000 different cryptocurrencies are traded publicly. And cryptocurrencies continue to grow in popularity, with initial coin offerings, or ICOs, being used to raise funds. According to CoinMarketCap, the total value of all cryptocurrencies was more than $1.9 trillion on Aug. 18, 2021, down from a peak of $2.2 trillion in April. The entire value of all bitcoins, the most widely used digital currency, was estimated to be over $849 billion, up from recent lows. Despite this, bitcoin's market value has fallen from a peak of $1.2 trillion in April.

According to CoinMarketCap, a cryptocurrency data and analytics provider, these are the top ten trading cryptocurrencies by market capitalization.

Why are cryptocurrencies so popular?

Cryptocurrencies appeal to their supporters for a variety of reasons. Here are some of the most popular:

Are cryptocurrencies a good investment?

Cryptocurrencies may appreciate in value, but many investors regard them as speculative investments rather than long-term investments. What is the explanation for this? Cryptocurrencies, like actual currencies, have no cash flow, thus in order for you to profit, someone else must pay more for the currency than you did.

This is known as the “greater fool” investment theory. In contrast, a well-managed business grows in value over time by increasing profitability and cash flow.

“For those who see cryptocurrencies such as bitcoin as the currency of the future, it should be noted that a currency needs stability.”

Some prominent members of the investment world have warned potential investors to avoid them. Warren Buffett, the famed investor, likened Bitcoin to paper checks, saying, "It's a pretty effective way of moving money and you can do it anonymously and all that." A check can also be used to send money. Is it true that cheques are worth a lot of money? Just because they have the ability to send money?"

For those who believe that cryptocurrencies like Bitcoin will be the currency of the future, it's important to remember that a currency needs to be stable in order for merchants and consumers to know what a fair price for goods is. Throughout much of their history, Bitcoin and other cryptocurrencies have been anything but stable. For example, after trading near $20,000 in December 2017, Bitcoin's value plummeted to around $3,200 a year later. It was trading at record levels again by December 2021.

This price fluctuation is a problem. People are less inclined to spend and circulate bitcoins now if they are worth a lot more in the future, making them less viable as a currency. Why spend a bitcoin when it could be worth three times its current value the following year?

How do I buy cryptocurrency?

Coinbase is a well-known cryptocurrency exchange where you can open a wallet and buy and sell Bitcoin and other cryptocurrencies. Cryptocurrencies are also available from an increasing number of online brokers, including eToro, Tradestation, and Sofi Active Investing. Free cryptocurrency transactions are accessible through Robinhood (Robinhood Crypto is available in most, but not all, U.S. states).

They are without a doubt lawful in the United States, while China has effectively outlawed their usage, and whether they are legal in other countries is ultimately a matter of national sovereignty. Also, think about how to protect yourself from scammers that see cryptocurrency as a way to defraud investors. Buyer beware, as always.

How do I protect myself?

If you're interested in purchasing a cryptocurrency through an ICO, examine the fine print in the company's prospectus for the following details:

Examining a prospectus can be time-consuming; the more information it has, the higher your chances of finding anything legitimate. However, even legitimacy does not guarantee that the currency will be successful. That's a whole other subject that necessitates a great deal of market knowledge.

Beyond those worries, simply owning bitcoin puts you at danger of theft as hackers attempt to break into the computer networks that keep your money safe. In 2014, a well-known exchange went bankrupt after hackers stole hundreds of millions of dollars in bitcoins. Those aren't usual hazards associated with stock and mutual fund investments on major U.S. markets.

Should you buy cryptocurrency?

A free spirit with a passion for content writing.

Read next: The New Normal of Blockchain & Cryptocurrency: An Overview of Current Trends in the Industry