by Hannah B about a year ago in blockchain
Report Story

Are we ready? Can we handle it? 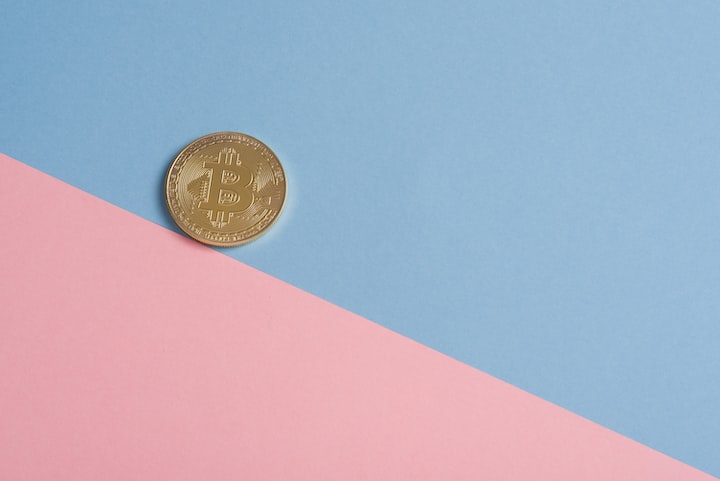 Photo by Icons8 Team on Unsplash

Welcome back to another edition of "Girl who knows absolutely nothing about the financial world delves into some of the most complicated topics among the said world." It's a working title.

I've done a little research into this whole bitcoin thing, and I'm definitely able to have... maybe a 60% coherent conversation regarding the matter. Considering that not long before writing this article I was pretty sure bitcoin was the currency in Super Mario, we have definitely made some progress.

So the two main points I've gathered are:

1. Bitcoin is not the coins in Super Mario. Bitcoin is a currency that, while not necessarily "legal tender", has value that you can sell it for and receive cash for. Currently, one Bitcoin is worth about 25,000 Canadian Dollars.

2. Bitcoin is facilitated through Blockchain technology, which is basically just a humongous list of Bitcoin transactions. Blockchain is not regulated by banks or governments; the users of Blockchain are who govern and run it.

*Bonus fact: mining for bitcoin is not a fun computer game where you win money for playing Bejewelled. It involves solving computation puzzles that end up creating new bitcoin. That is all I know on the matter.

The main takeaway, which leads to my main question, is that Bitcoin is a currency that is beginning to be accepted by a few different vendors here and there, and should it pick up speed or popularity, would mean that the world begins using a currency that has no government or bank interference. Now I am not here to talk about the pros and cons of the government banks touching our money, but here's what I do want to talk about:

Can people really handle that?

I don't mean can we do things without the government; I'm sure we can. The American people survived four years under a literal psychopath, so I'd say that's all the proof we need.

Sure, the geniuses already taking the Blockchain world by storm have done a great job thus far. I mean, Bitcoin is a thing. So… they did that.

But what about the rest of us?

Let’s just dissect the year 2020, for example. A global pandemic rocked the world and when people were told they would need to stay indoors to avoid getting sick, they all hoarded roughly the amount of toilet paper an average human would need to last them 30 years. They also hoarded canned goods and various other foods no one eats even though grocery stores and restaurants remained open. Then, people refused to wear masks despite them being proven aids in stopping the spread of the virus causing the pandemic because they “made it difficult to breathe”, and “infringed on their freedoms” but had no issue with a cop kneeling on a black men’s neck until he took his very last breath simply because he was black and therefore inherently not free. Oh, and when the virus hadn’t killed a ton of people due to rules being followed, those same geniuses who hate masks decided to go about life as usual, starting a second wave and resulting in a second lockdown in many areas. This time, no toilet paper or canned green beans hoarding. I guess they learned from last time that it was pretty pointless, so these creatures may have the capacity to learn something.

I’m just saying, that left to their own devices, these people are a bit dangerous. What could this mean for blockchain technology? Certainly if bitcoin or any cryptocurrency it were to become a globally used and accepted currency, it would have to become much more accessible, and that would mean it would need to be easier for people to obtain than solving computing problems or buying $3000 mining rigs. People are going to need to just be able to get their hands on some cryptocurrency and use it. Right?

So… could people mess it up? I didn’t think we would ever mess up toilet paper, but here we are. Will this create a new age of virtual pirates? Stealing virtual chests full of virtual doubloons? With parrots and monkeys on their shoulders, singing new-aged sea shanties?

I’ve talked myself out of this one. Never mind: let’s blow this bitcoin thing wide open. Yo-ho!

Lover and writer of fiction and non-fiction alike and hoping you enjoy my attempts at writing either. Yes, you. Reading this. I want you to like it.

More stories from Hannah B and writers in The Chain and other communities.