10 Signs Someone Doesn't Know Anything About Crypto

by Rowan Marley about a year ago in blockchain

Ever get the feeling that someone doesn't know anything about crypto? If you notice these signs, that feeling might be right.

I remember going on a date with a guy who claimed to be a tech geek. He was one of those types who absolutely needed to feel like he was the smartest, most educated man in the room—even when it was clear he wasn't.

The topic of cryptocurrency came up, and considering that he was a techy person, I expected to hear some pretty interesting insights from him. I told him that I had casually invested in some Bitcoin a while back, and his reaction was one that was pretty embarrassing.

"Yeah, Bitcoin, eh? Well, it's cool to see that you are so smart with that stuff. It's a stable investment, if you ask me," he said.

"Stable? You're joking, right?" I asked.

Deadpan and straight-faced, he replied, "No, I'm not. Stocks are a scam, everyone knows this. Personally, I've been looking at replacing my entire portfolio with ICOs. The returns are outrageous."

Dear Lord, he was serious! It was then I realized I was talking to someone who doesn't know anything about crypto. Truth be told, he could have fooled others, but not me.

Believe it or not, a scary amount of people pass themselves off as crypto gurus. Ever wonder if you're talking to a fool? Check out these signs that the person you're talking crypto with doesn't know a thing about this industry.

They don't really know any other blockchain currencies aside from Bitcoin and (maybe) Ethereum. 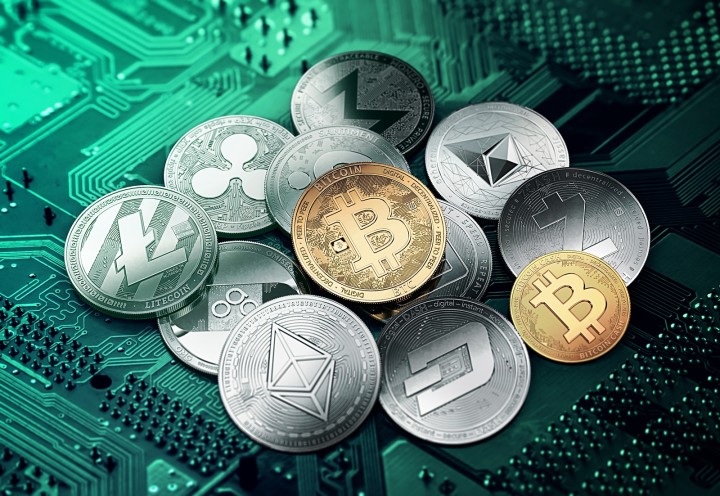 There's Ripple, Dogecoin, Litecoin, Bitcoin Cash, the list goes on and on. Every major crypto trading platform will list at least half a dozen. If they can't even name one, it's a bad sign.

Most people who are involved in the world of blockchain technology can rattle off at least five different currencies they've wanted to invest in. If they can't name more than two, someone doesn't know anything about crypto—and it's them.

For some reason, they think crypto is stable.

Anyone who has ever paid attention to the price of Bitcoin can tell you that cryptocurrencies are far from stable. In fact, they are one of the most volatile investments we've seen in recent decades!

At this point in time, most people are well-aware of Bitcoin's crash last year. Most are also aware that cryptocurrency prices change drastically within a single day, and there is much speculation on whether Bitcoin will crash and burn or rise again.

Crypto can be describe in many ways, but "stable" isn't one of them. Saying that they are stable investments is, therefore, a surefire sign that the person you're talking to is totally clueless about this industry.

The person in charge claims it's a great choice for value investors. 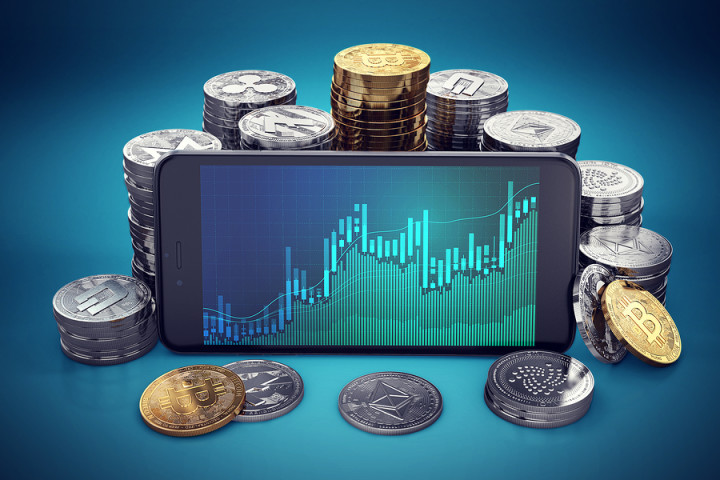 Casual Wall Street aficionados have started to trickle across the line into the world of cryptocurrency, but that doesn't mean that they all know what they're talking about. Some investors know a lot about the stock market and Wall Street terms, but don't really know enough about crypto to appear to "walk the walk."

Anyone who knows about crypto can tell you that it's a highly speculative investment. Value investing is not about speculation, and truth be told, most value investors hate crypto with a passion.

Don't want to believe it? Warren Buffett, who's a world famous value investor, was quoted as saying that crypto is "rat poison, squared!"

The easiest way to see whether someone could possibly know much about crypto is to see how much they know about the buying and selling process. Someone who doesn't know anything about crypto will not be able to tell you how to buy and sell it.

Coinbase is the world's largest cryptocurrency trading platform. If they have no idea what it is or how to use it, the person involved doesn't really know anything about crypto.

They start laughing when you ask them about Ethereum-based programs. 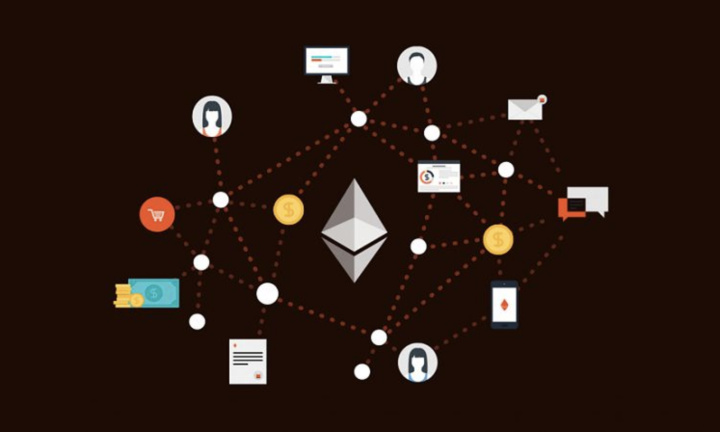 A clueless investor (or wannabe investor) won't realize that cryptocurrency can actually be used as a platform for other programs. In fact, they won't realize that blockchain technology can do much of anything else other than getting traded.

Check to see how they react when you talk about games based on Ethereum, or Ethereum-based apps. If they give you a blank stare, a puzzled expression, or call you an idiot, they are bluffing you.

They don't own a digital wallet.

I'm a firm believer that a person who wants to participate in crypto's space will need to have a wallet. If the person has no crypto wallet to speak of, chances are that they aren't actually participating in the blockchain tech sphere.

The crypto world is one of those industries where you really need to learn by participation in most cases. If they aren't a player, they probably aren't that well-read on the subject.

They don't know what a white paper is, yet they claim to have successfully invested in multiple ICOs. 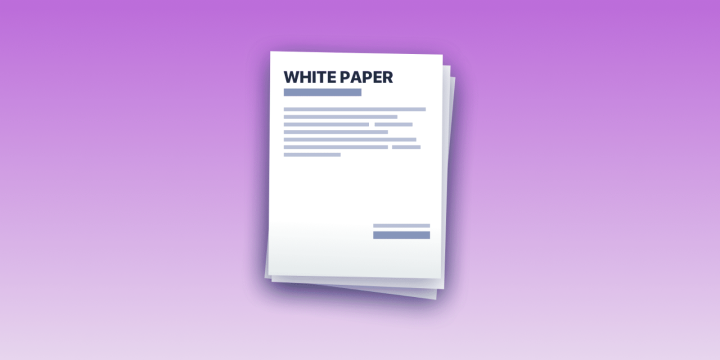 If there's one thing that seasoned vets of the ICO world know, it's the importance of looking before you leap. Anyone who wants to invest in an ICO will first read the white papers of the Initial Coin Offering they want to buy tokens from.

White papers are the things that help people find warning signs that an ICO is a scam—or green lights that the ICO in question could be legitimate. A person who doesn't read white papers either doesn't care that they could be scammed out of hundreds of dollars or just doesn't know any better.

It's clear they don't know what blockchain technology is.

Blockchain technology is a code that creates a digital ledger. It's the basic building block of all cryptocurrencies. If you can't even figure out how cryptocurrencies work, then chances are that you aren't "in the know" about anything crypto-related.

They're talking like an ICO scam artist, and get very vague when asked for specifics. 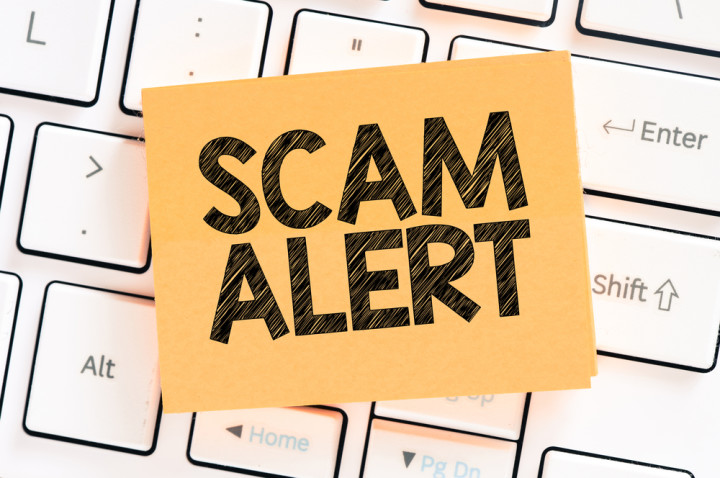 Anyone who's been around crypto investors for too long can tell you that there's a certain trope involving scam artists in the blockchain community. They offer up great promises, out-of-control predictions, and grandiose talk about all things blockchain.

They sound knowledgeable, until you ask them to get more specific about what makes their investment so great. Then, you'll see them freeze up like a deer in the headlights. Maybe, they'll stammer out a vague answer. But, they won't be able to answer your question.

Someone who doesn't know anything about crypto will be fooled by this act, but you should be wiser. You also should probably stop talking to this person since this is typical behavior of someone who wants to get into your wallet.

They still cling to the idea that Bitcoin isn't legit.

Truth be told, there are a lot of things about Bitcoin that are sketchy—especially considering that it's been tied to money laundering, Silk Road, and the Russian election hacking scandal. However, saying that Bitcoin isn't legitimate is just downright wrong.

Major firms like Merrill Lynch have started to pick up crypto as an investment because it's shown its value. So, if you don't think it's a legitimate "thing" yet, think again. You might need to get schooled on crypto.