by Whitney Alese 8 months ago in celebrity looks

Meanwhile, so many remain unsurprised...

Another day, another Kardashian or Jenner appropriating someone else's culture.

This time, it's Kim Kardashian-West with the announcement of her new shapewear line. No, it's not the shapewear itself or the hues causing the trouble. It's the name of the shapewear line, called Kimono. Kimono, as in the long, loose robes with wide sleeves tied with a sash that were originally worn as a formal garment in Japan. Chosen because, well, Kim is part of Kimono. Duh.

Kardashian-West started a social media firestorm when it was reported that she attempted to trademark "Kimono," meaning that actual Kimono cannot be called Kimono despite the fact that they are Kimono because Kim's shapewear is called Kimono. Nevermind the thousands of years of Japanese history surrounding this garment and its vital and honored place amongst the Japanese people. Because Kim is trademarking it, should the trademark go through, this will be the future for Kimono. 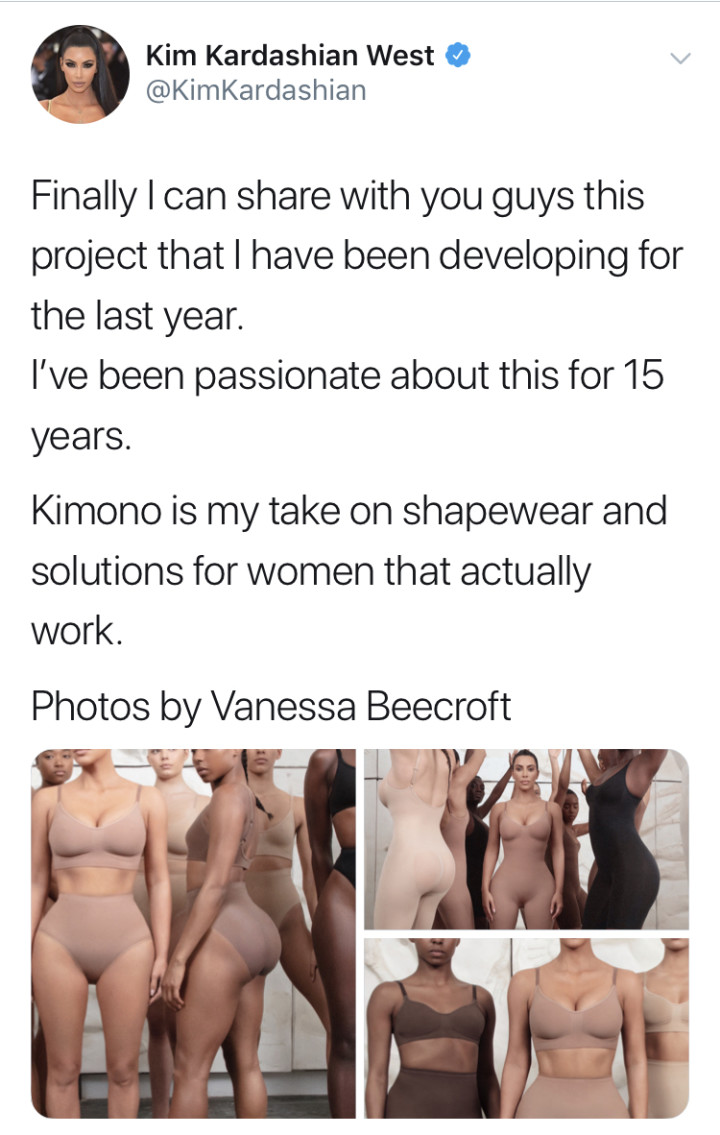 Needless to say, folks really were not having it. Twitter users had a lot to say:

But while everyone is expressing their rage and disgust over Kim’s shapewear brand stealing from Japanese culture, where was that same rage when she so often and so blatantly appropriated Black Culture? 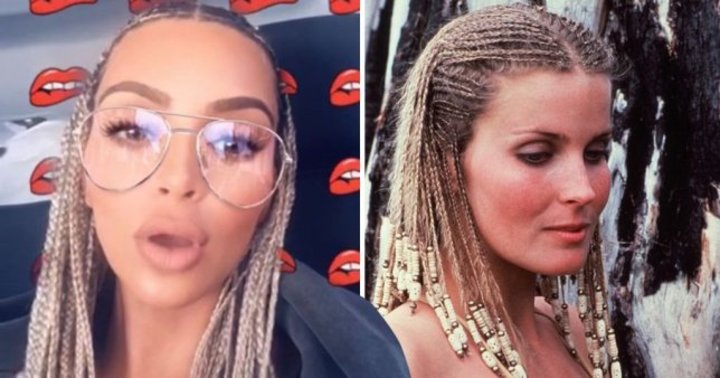 Numerous times, both Kim and her Kalabasas-Klan blatantly culturally appropriated Black Culture. From taking the hairstyles that are so embedded in the culture (like cornrows, more specifically Fulani Braids; which, during the time of slavery, enslaved peoples would braid communication, even maps for the Underground Railroad in their styles) take it, wear it numerous times, and then have the nerve to call them Bo Derek braids. Textbook appropriation.

But because it’s Black Culture, popular culture feels entitled to it. At one point, cornrows, baby hairs, rap music, even wearing gold was considered tacky and ghetto.

Now gold bamboo hoops dangle from White Women’s ears who are donning gold-nameplate necklaces as they walk into Urban Outfitters, Marc Jacobs appropriates Bantu knots for an “edgy” runway, renaming them as “mini buns;” dashikis, traditional shirts worn in West Africa, being dubbed as the "new caftan" by a popular magazine and stolen by a well-known fashion house; and so many other instances, we could have a full website on how often and relentlessly Black Culture has been robbed and appropriated. 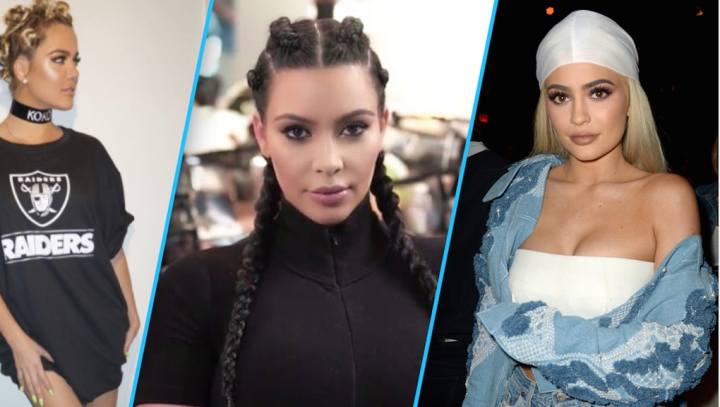 While I can say without a doubt that Kim Kardashian-West is definitely guilty of cultural theft and stand with the people of Japan in calling it out, I also want folks to keep that same energy when Black folks call out this in others as well.

Cultures are to be respected and celebrated, not stolen from for the sake of looking cool, edgy, or interesting. Elements of culture have deep, sacred, even spiritual meanings that stand on hundreds if not thousands of years of history. Maybe instead of stealing them for our own personal gain, we should show them respect for the global community's gain.

See all posts by Whitney Alese →