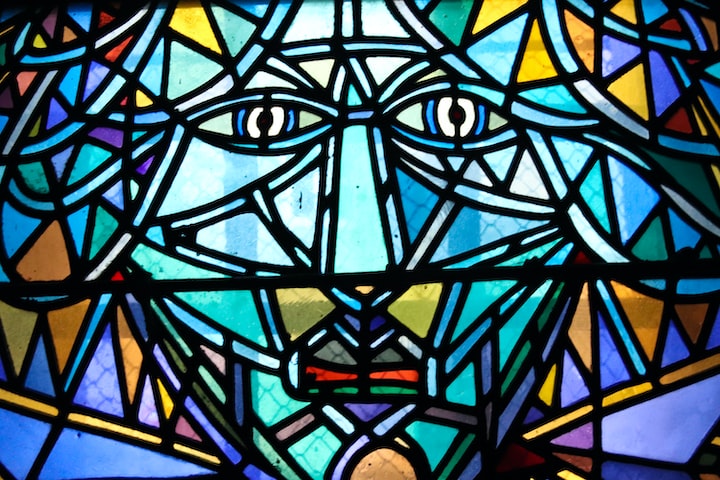 Photo by Marie Bellando-Mitjans on Unsplash

Unexpected. Flamboyant. Eccentric. These words sprung to mind as celebrities waltzed their way up the pink carpet of this year’s Met Gala. The theme was Notes on Camp, and the guests took it upon themselves to explore the cross section where fashion meets insanity. Standouts included Lady Gaga, who wore no less than 4 different outfits walking the carpet alone. Jared Leto finished his outfit with a bust of his own head, Celine Dion was a vision in dripping silver in a custom Oscar de la Renta, finished with a towering headpiece by Noel Stewart. Like all years, there are those who chose not to dress to theme. Some opted for the easiest of choices, many gentlemen choosing to wear a classic black suit to an evening that called for anything but. Given previous years reactions to those celebrities who chose to forgo the theme, this year saw more invitees in appropriate costume stepping forward to embrace Camp. There were those who dared, and those who did not. However, some of the most interesting looks of the evening fell into the background. Camp allows for and excess of excess, the very opposite of subtlety. Yet, for this theme, some of the most interesting and aware looks could only be understood through their small details. Thus, some appearances were forgotten, which should not have been. Here are the outfits that require a second look.

Drag Queen and Burlesque Dancer Violet Chachki stunned in what appeared to be a simple, yet well fitted black gown by Moschino. Chachki appeared with her signature corseted waistline, and vintage vixen appeal. Once flared out of the steps the hem of the dress was revealed to be a in the shape of an elegant hand, giving the whole outfit the impression of being an opera glove. This alone is a strong look, that references an old-world beauty combined with new world drag culture. Further, Chachki sold this look through her movement and performance while on the carpet. Seen in the videos taken at attendance, Chachki sashays her way through the crowd, only revealing the secret of her dress on the stairs up to the entrance of the met. Understated is rarely used to exemplify Camp, but in this instance her behaviour was as much a part of the costume as the gown.

Without a doubt one of the most overlooked outfits of the evening. Amy Fine Collins is an author and long-time contributor to Vanity Fair magazine, her keen eye for fashion and culture was exemplified in her ensemble. Her outfit is by Thom Browne and features Fine Collins’ own portrayal on the right-hand side of her dress, complete with monocle and close crop of dark hair. Overall the look screams of Berlin nightclubs (cabaret, anyone?), but given a distinctly Salvador Dali inspired twist. This artist is again referenced in her makeup and accessories for the evening, sticking to darker tones and placing a lone monocle on her forehead. While enjoying its artistic references, this look almost serves as an optical illusion, forcing the eye to find similarities and differences between her and her ensemble. The more you look, the more you find.

Charged with being co-chair of the Met Gala this year, everyone was waiting with bated breath to see what the burgeoning fashion icon would come out with. Dressed head to toe in a black Gucci ensemble, many reactions found this to be underwhelming. Given some of Style’s previous looks, this seems a step back from his usual colourful, boundary elusive choices. However, as with all aforementioned garments, the key is in the details. Leaving his torso open except for mesh makes his tattoos as much a part of the garment as the fabric itself. Styles also gets extra points for his dedication to the outfit, choosing to pierce his ears merely days before the gala in order to wear the pearl drop Gucci earring found for him. While not being typically in the realm of Camp, Styles’ outfit served a dollop of it and still allowed for him to showcase his authentic self.

Camp is so much more than the layering of tutus and feathers, the outfits above where chosen because they were fearless in their decision to go against the grain. Each of them referenced a cultural moment in time, and asked those who viewed it to engage with all parts of the garment, and not take it at face value. Camp can be explored in so many ways, fashion being only its most tangible form. At the end of the carpet Camp asks only for you to st

The Effects of Covid-19 Pandemic On The Fashion Industry

The COVID-19 Pandemic has spurred the biggest economic and humanitarian crises around the world. No matter how stable the economy is it's getting shaken with every passing hour. Effecting thousands of industries and sectors, the pandemic is leaving its drastic influences on the fashion industry which is of its discretionary nature is showing a gradual downward graph and a stressful future awaits.

The Origin& styles of Salwar: The salwar has developed over time and continues to be customized by many with time. Since the spread when the use of this outfit climbed, with originated in Punjab, it had been regarded to have spread into other areas of the nation, where every civilization and every heritage altered the outfit to match their liking and fashion. With minor details such as the job and patterns, to the colours and motifs, practically everything was customized to the outfit, dependent on which area chooses to do so. Every area added its customized touches into the ensemble, by changing it in some manner or another.

Jeans have been a staple piece of any wardrobe since their invention. Originally created for the working man, women began adopting men’s fashion pieces for their own. Eventually jeans for women became an absolute must and designers soon jumped on the trend, creating almost endless options to choose from.

Haley Booker-Lauridson
about a year ago