Does History Belong On Celebrities as Fashion Statements? 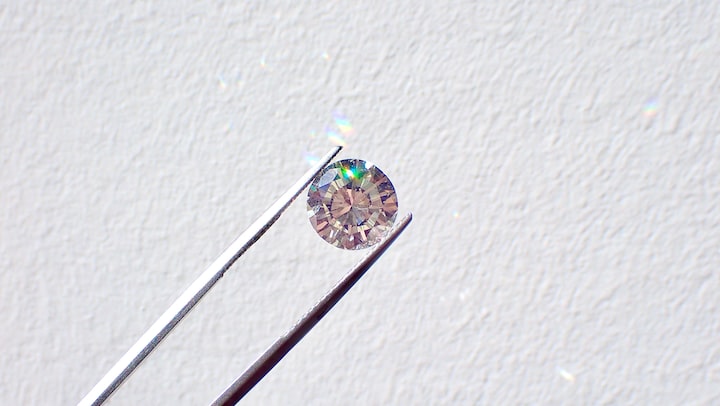 Photo by Tahlia Doyle on Unsplash

On the night of the Met Gala, an annual, themed, fundraising event hosted by the Metropolitan Museum cameras are flashing and A-list celebrities are posing. The red carpet is blitzed out with million dollar jewelry and beautiful clothing most people could only ever dream of.

To the average person the Met Gala has little to do with money raised for the Met Museum and everything to do the with the celebrity fashion looks. Who was on theme? Who was wearing Gucci, Versace, Burberry? There is no Met Gala without criticism and relentless judgment. After all, if the Met Gala has come to be known for its fashion, what else is to discuss?

But, the 2022 Met Gala has surrounded itself in a whirlwind of controversy and the question was begged: “can history be worn as a fashion statement”? With two case studies with just this year alone, the answer isn’t clear. But, one thing is: a necklace and a dress can both greatly polarize any audience.

It’s made headlines and become the topic of both big and small news companies alike. It’s simple: Kim Kardashian wearing the very dress that Marilyn Monroe wore in 1962 when she sang Happy Birthday to President Kennedy was iconic. But also worrisome and controversial to many.

According to Reader’s Digest, the dress donned over 2,500 rhinestones and cost Marilyn what would be approximately $13,700 in the current economy.

After Marilyn’s death, no one wore had worn the dress until Kim Kardashian wore it to this year’s Met Gala, where the theme was “Gilded Glamour”.

The problem? There’s many. Firstly, the dress wasn’t even on theme.“Gilded glamour” is a term coined by Mark Twain and refers to the 1870’s to the 1890s. The term sounds like exactly what it is, a period of wealth, affluence, and opulence. The time period’s fashion is characterized by large gowns, intricate beading, petticoats, and ruffles. Not only was Marilyn’s dress way off from the time period the theme was referring to, but the dress was pretty much the antithesis of what the theme called for in regards to fashion. Where the theme called for large, poofy dresses and gowns, Marilyn’s dress was skin tight and sleek. Where ruffles and layers were expected, Marilyn’s dress was just one, sheer layer.

People on social media have gone to describe their outrage at Marilyn’s iconic dress being worn to an event that didn’t even match the theme. Marilyn’s dress surely deserves to be honored better than that?

Secondly, some argue that Marilyn did not want anyone to wear the dress but her. She told her costume designer, a man named Jean Louis, to create a dress that “only Marilyn Monroe could wear.” The dress was actually sewn onto Marilyn because of how form fitting and custom made it was for her. When Kim Kardashian made her red carpet debut at the Met Gala, she discussed how initially, she was not able to fit into the dress at all and “starved” so that she was able to fit into it by the time of the Gala.

Lastly, fashion conservators are absolutely outraged over Kim wearing the iconic dress. To them, it is simple: historical, one of a kind objects can not be worn as a fashion statement.

ICOM, the International Committee for Museums and Collections of Costume, Fashion and Textiles, has now issued a statement, stating, “[h]istoric garments should not be worn by anybody, public or private figures.” The statement goes on to say that the dress was made of soufflé silk, making the dress truly unique as that material is now no longer available. According to the statement, in order to preserve the garment, it should not have been exposed to flash photography, which it obviously was during its red carpet debut. Lastly, ICOM says that they “strongly recommend all museums to avoid lending historic garments to be worn, as they are artifacts of the material culture of its time, and they must be kept preserved for future generations.”

Emma Chamberlain and Cartier: Blood On Her Necklace?

Kim Kardashian was not the only celebrity to be scrutinized for the historical significance of her Met Gala look.

Emma Chamberlain, a 20 year old fashion influencer, youtuber, and owner of Chamberlain Coffee, was also involved in a scandal regarding the ethicality of her fashion choices at the Met Gala. However, as her fame is nowhere near the same level as Kim Kardashian, her scandal is lesser known.

Emma Chamberlain accessorized her Met Gala look with a stunning diamond choker from Cartier. The necklace was created in 1928 and from there to its journey to where it is today, has had a story like no other.

People are outraged over Emma wearing this necklace with “blood” on it without any care of the painful history behind it. Emma has gone on the record to say she has done extensive research regarding her Met Gala look and fans were outraged that she never acknowledged the history behind her necklace when talking about it. Emma never mentioned anything about the necklace’s history or who it belonged to in the Vogue Youtube video she starred in titled “24 Hours With Emma Chamberlain Prepping for the Met Gala | Vogue”.

Some have blamed Cartier for even allowing Emma Chamberlain to wear “a part of India’s stolen history” and some blame Emma herself for her ignorance and responsibility. She shouldn’t have worn the necklace, some argue. Some argue she should have at least acknowledged the historical significance of the necklace. The general consensus seems to be that the necklace is not just a beautiful, glittering necklace; it is a piece of history. A history should be respected and acknowledged.

But, if the history of a an accessory or clothing article is to be taken into consideration, what does that mean for celebrities who have the means to access them. Should they stay away from these items? Do they wear these items with care and respect and have the moral obligation to publicly acknowledge the piece’s history?

Or does history belong solely behind the glass walls of museums; safe from the clumsy hands of humans? Can history be worn as fashion? And if it can be, then who can wear it? With the case of the Cartier necklace, should a white individual (taking into account the fact that white colonizers stole the necklace) be able to wear the necklace? Or perhaps it should only be worn with someone of Indian heritage to properly honor the necklace’s history and heritage?

Or maybe, an object with monetary value can be worn and bought by whomever has the ability to buy and wear it. Perhaps access (correlated with fame) and money should be the determining factors of who can wear pieces of history.

The answers to these questions will vary depending on whom you ask. The Met Gala has polarized people in regards to the million dollar question: can history be worn as fashion statements?

More stories from Soha Sherwani and writers in Styled and other communities.