by Andrew James 3 days ago in trends

I'm not letting go of my favorite t-shirt 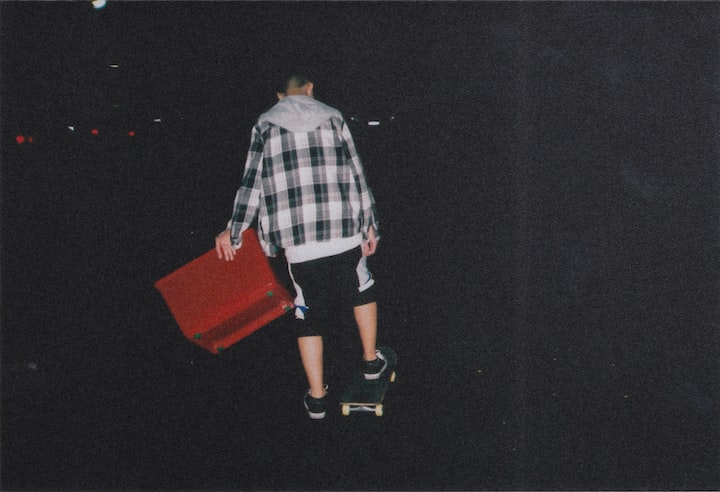 What started as just being yourself became something entirely different than it was meant to be. When we look at grunge, we might have a flood of different ideas and look in our own head based on experience and age. Like most fashions, something had to start from environment and circumstances or class. If someone was to look at grunge fashion back in the nineties when it was at its peak, they might be calling these people hippies, punks, hooligans, bad kids, no-good. You might be right, but you could wear just about anything and still be any of those types of people. I bet when you think of grunge, you also think of your parent's favorite bands they grew up with or maybe even your favorite bands you grew up with or are just discovering.

When I think of grunge, I envision the plaid shirts, baggy jeans that are sometimes grass-stained, torn, or sometimes cut up on purpose. I think about your favorite shirt that you refuse to wash sometimes as a kid because you wanted to wear it every day if you could. I also think of the shoes, the ones your mom and dad bought you from the bargain section or the swap meet over the weekend, especially those bought at Payless Shoes. These were our parents showing us how to be practical, and also, it was a part of middle-class America having to make do with what they could to keep their kids dressed and survive. Sometimes that meant wearing your older sibling's hand-me-downs, even if that meant they fit a little loose or baggy on you. You didn't care, though, at least not until other kids or adults started ogling you about your fashion. It was hard for most family's back in the '90s, at least for mine and most people I knew. So oftentimes, the reason kid's let their hair grow out, uncombed and all-natural, was because it was just the easiest and less concerning thing to deal with, while often both parent's worked to make ends-meat and time for their family on the weekend.

Let's get back into the fashion and why grunge became so popular, and how it might be making a come back again. When going back and looking at old photos from those original grunge influencers, I thought of bands. One of which stands out the most is the band Nirvana. Nirvana was an alternative-rock band started by a couple of guys named Kurt Cobain and Krist Novoselic, who would also include Dave Grohl later on. They started in the late eighties and quickly became the staple of grunge with their favorite t-shirts, beaten-up jeans, and that sweater Kurt sweetly wore a favorite little cardigan that grandma probably gave for Christmas. But isn't that all most people wearing the style were; those who loved their grandma and had great memories of family vacations despite our fuss and repulsion against being around our kid siblings and parents? Deep down, we wanted to be independent.

They weren't trying to start grunge, but Seattle quickly labeled them as the starting point of a new fashion trend, and it took off and spread across the country. Soon you'd be called out for being grunge just by being a little misfit in his/her cheap converse or converse-like kicks with a favorite, faded band shirt, kid brother's jeans, and dorky little jacket that is probably a little too large because it was your dad or mom's. If we look at the girl's grunge side by side to the guy's grunge, then your already part of the crew just by doing the same. Often you'd see the girl's in the same style of signature plaid shirt opened up on top of a favorite shirt, boyfriend's shirt, blue jeans, or sometimes a plaid skirt and leggings underneath. Essentially grunge kids were and still are the dorks who created a fashion trend when they didn't even mean or want to be part of a standard.

Thinking of grunge, I remember most of my friends I grew up with, my brothers, who were about ten years older; that's an entirely different generation. Grudge was one of those things that seemed to bridge the generational gap, and that's what fashion continues to do today. Fashion has a way of fussing our culture into learning about history and how far trends go back and why. However, by today's standards, if someone is trying to be grunge, it's because they saw it on a trending social media post from someone with a lot more knowledge probably of the history behind that fashion trend. The beauty about fashion trends recirculating is that it doesn't have to be the same, and most of the time, it's an improvement to the original. However, if we want to stick to the true idea of grunge and its fashion is that of necessity, practicality, and simply just wearing whatever the hell you want to wear to express yourself, especially if you're putting on those blue jeans, favorite shirt, and messy-hair-don't-care. Go out and be grunge!