Augmented Reality in The fashion industry

by Shivank Shrivastava 8 months ago in industry

Impact of AR in Fashion Industry 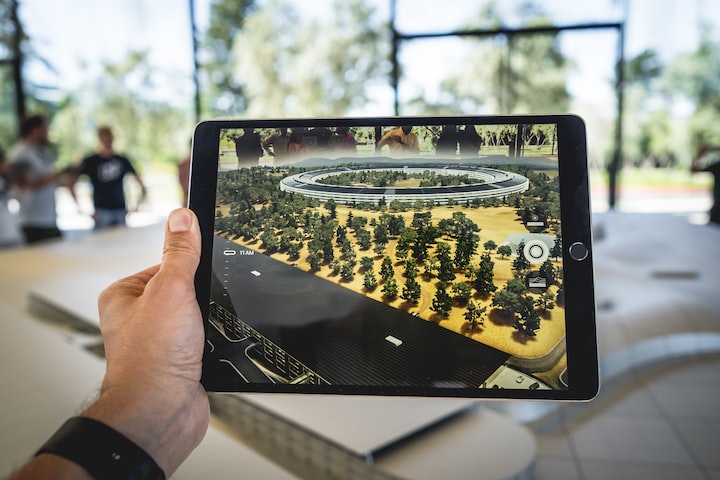 Augmented Reality in the fashion industry

The 21st-century world is experiencing massive development in fields of science and technology, one of the most notable creations is the Augmented Reality (AR). It is the enhanced view of the real physical world through computer-generated input, ranging from visual to sound and including multiple other sensory organs such as the olfactory (sense of smell) and haptic (sense of touch).

The first functioning AR system was developed in the year 1992, at USAF’s Armstrong Research Lab by Louis Rosenberg. Since then, AR has been exposed to many fields over time for convenient living.

For instance, Home Depot introduced the “Project Colour App” in 2015 through which it was possible to view colours for the walls according to the lighting, objects, and shadows in the room by the use of AR technology.

The industry that has been thriving because of the AR system is the Fashion industry. This technology is redefining the whole fashion era of this new century for people on both sides. It can be said that it is a boon for both the customers and the workers in the fashion world.

Impact of AR in Fashion Industry

The fashion industry is often referred to as a creative, innovative, and fast-growing field. An essential tool like AR being introduced leads to an increase of engagement from the customer’s side and it leads to growth in market sales for the overall industry.

Things that go trending or popular in social media are easy to captivate people due to the impact of being new and different. Tech-savvy people especially gen z is a sure target for marketing with a unique style. AR in the fashion world works as that unique system that attracts people for trying it out and hence more interaction with customers.

“Fashion and Beauty are taking AR more seriously” stated – Vogue Business in 2020. The idea and successful execution of the AR to give real-life retail experience to people is fascinating to the majority of the population. The ability to visualize outfits starting from dresses to shoes and also being able to visualize beauty products from an app or website without going out physically is not just an idea anymore, rather a reality. In a Forbes article, it was stated that 61% of users of Google prefer shops that offer the AR system.

Due to the growing demand among customers for AR and the benefits that are associated with it, several retail brands are now including it. Let us take a glance at a few retail shops that currently work with the AR system.

Sephora introduced a feature “Virtual Artist” to its own app which was an immediate success with 45 million hits in just the first eight weeks of being launched. This feature scans the face of users through the front camera then shows different shades and combinations. Users then don’t have to go through the hassle of going out physically to try the shades to match their choices, they can do it from anywhere with just the app on their phone.

The iOS supported app by Wanna kicks provides customers an easy way to purchase shoes from their homes and not by going out to stores. Often it is an issue among people to know what the pair of shoes are going to look like on them, but with this app, they can just point their camera at their feet and then swipe to see what pair suit their feet the most. This helps with more online marketing and sales as people are effortlessly trying on the shoes virtually.

The feature of “Dressing Room” acts as a try-on for clothes to people from the app itself. Users just need to use a Google tango-enabled device to access it. They can pick clothes and also manage size according to them. A 3d figure or avatar appears and can be managed just as the user wants it, to view how the clothes will look on them.

ASOS – virtual catwalk was launched to the market in 2019. This works when the camera is pointed towards a flat surface and the AR button is pressed on the app, following which a model appears and users can observe how the dresses fit or look like on the models which can help them with deciding on their purchase.

Future of AR in the Fashion industry

The AR demand is growing rapidly throughout the globe and is estimated by Statista that its value will be over 18 billion U.S. Dollars by the year 2023. The fashion industry and the brands are not unknown from the benefits of AR in increasing customers and sales, so the acceptance of AR in the industry is also taking over. For more articles on business and industry, insights click here Blog. If you are looking for growth and want consultancy, please contact us at Contact.