by Something Complicated 2 years ago in history
Report Story 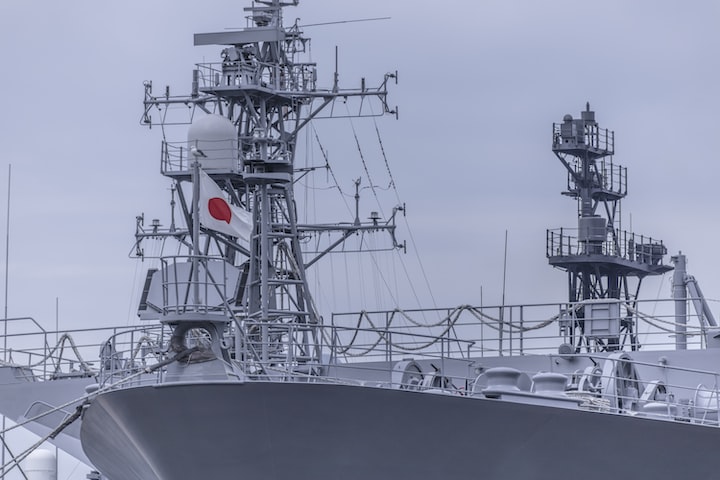 Photo by Arron Choi on Unsplash

This is a short read about the Fletcher-class destroyer USS Knapp (DD-653), built during World War II. The USS Knapp (DD-53) was deployed by Bath Iron Works in Bath, Maine on March 8, 1943 and launched on July 10, 1942 at Naval War College in Newport, Rhode Island.

The ship was commissioned on September 16, 1943 under the command of The ship is sponsored by the US Navy and the United States Naval Academy at West Point, New York, and entered service on September 16 by Lt. Gen. William E. Knapp, the chief of naval operations.

Knapp crossed the Strait of Gibraltar on January 26, 1953, and was overtaken during her deployment in Charleston, South Carolina. The ship left Charleston on July 10 and sailed to the Caribbean, where it was on the way until October, then arrived in Charleston and was retrofitted with modern equipment. On January 25, 1954, she sailed back to Charleston to undergo a major overhaul at the Naval Air Station in Norfolk, Virginia, and then in December 1954, when Knapps was sent to South Africa for overhaul to overhaul the Portsmouth, Portsmouth and Portsmouth shipyards and passed the Strait of Gibraltar on January 26, 1953.

The destroyer left Yokosuka on 5 April 1944 and returned to Majuro on 6 April 1944 and to Tokyo Bay on 8 April 1944. Japanese convoy, the Chichi, continued its journey to Japan and eventually joined the surface fire that sunk several ships in its convoy that had previously been severely damaged by carrier aircraft. The Chichi continues its journey to Japanese convoys in the South China Sea on April 4 and May 5, joining at least one of them, which was severely mutilated by the carrier's aircraft and sunk with surface-to-air weapons during the Battle of the Philippine Sea.

After fulfilling her mission, the battle-tested USS Knapp set sail on 7 April 1944 and reached Yokosuka on 5 May 1944. At 7.25 and 8.5 a.m., Knapp continued his journey toward Chichi with the other Japanese convoys in the South China Sea.

The Japanese convoy, which had been severely damaged by US carrier aircraft, sank along with the Japanese convoy by surface fire, with six others irreparably damaged. In total, 19 ships of this class were lost in the war and thirty were sold - two of them to foreign marines, including the oldest ship, the USS Halsey Powell, which later became the ROK Seoul.

The Knapp was cut up and sold for scrap metal and sent to Zidell Explorations Inc. in Portland, Oregon, and later removed from the mothball fleet. The ship left Charleston in January 1952 and continued its journey to Cuba, stopping in San Francisco before setting off for Yokosuka, Japan. After a second trip to Cuba, the ship docked in Newport, RI, where it was tied up with the USS Everglades for repair. In March 1953, the KnApp Yokohama left Japan and sailed to Newport (RI), where she was bound for repair by the Newport - Rhode Island Naval Shipbuilding Company (RNSC).

It turned out that the order for a Fletcher - Class Destroyer went home in San Diego, California. The Knapp sailed to the USA at 12: 5 and reached SanDiego at 12: 21: 45.

The first part of 1953 was spent on patrols in the East China Sea and the Formosa Strait, and on January 4, 1955 they began patrolling towards the Western Pacific. They cruised in the Caribbean until June 19, 1955, when they moved to Charleston, where they were upgraded with modern equipment and returned to San Diego. The Knapp sailed back to the United States, where she sailed for a while until the end of July 1955.

More stories from Something Complicated and writers in Serve and other communities.