The Man Who Saved the World

by Dan Brioli about a year ago in history
Report Story

Stanislav Petrov doubted the accuracy of an automated system — and then he single-handedly prevented global nuclear annihilation. 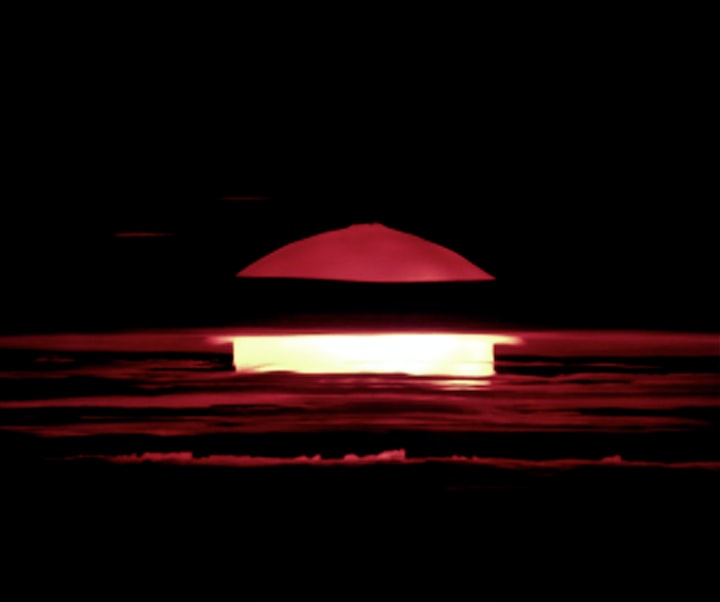 Photo by Science in HD on Unsplash

The year was 1983, and it was early in the morning in a bunker near Moscow when the sirens went off. The word запуск was displayed in bold red letters. A man stood up and stared at the screen. Perspiration began to gather around his temples.

A short time later, the siren went off again, and the screen again indicated what it had previously — that a missile launch was detected.

And again it happened. And again. And yet again. The alarms blared. Flashing red letters demanded attention to anyone watching the display. Not just one, but multiple nuclear missile launches had been detected.

Stanislav Petrov furrowed his brow. His eyes moved from the screen to the phone on the desk. Every moment wasted was a moment that his country would never get back.

And what’s more, the system was notifying him that this wasn’t just a test run. It had an indicator that also informed him of how reliable the alert was. In this case, it said that it had the highest reliability of a launch being detected. According to the missile detection system that his computer terminal was connected to, the United States had just launched several nuclear missiles at the Soviet Union.

America had just started the world’s first — and likely only, as well as final — large-scale nuclear war.

Petrov was a lieutenant colonel and was the officer on duty at the station, tasked with confirming a nuclear missile launch. His only real notification of whether a missile was launched or not was this computer screen and these sirens. They were making it abundantly clear exactly what had happened.

But he felt that there were a number of things wrong with the situation unfolding before him.

First, the United States had… thousands of missiles. At least 20,000 if Russian intelligence reports were to be believed. For them to only launch a mere handful seemed like a terrible strategy when it came to what an initial and devastating first-strike in a nuclear war should be.

The concept of mutually assured destruction was well-known at this point during the Cold War. If a country were to launch nuclear missiles against a similarly-armed opponent, the strike would have to be all-encompassing and unexpected, as well as undetected. Russian missiles were housed in a variety of locations — far more numerous and geographically diverse than what this small number of missiles would be able to destroy.

And, second in his mind, was the fact that this detection system was still new and relatively untested in the real world. Any number of factors that went unexamined in initial testing could be at play.

Armed with this initial doubt, but running out of time, Petrov consulted a group of support personnel assigned to his command. These radar operators informed him that no missiles whatsoever had been detected on their systems.

While this was a bit of data in favor of doubting the accuracy of the automated systems, Soviet military protocol dictated that the decision to register a missile launch rested solely on the readouts of the computers and the statement of the officer in charge. The world’s future was still uncertain, and it was completely in his hands.

The disparity between the support personnel’s statements and the automated system was a curious one. There were a number of checks that occurred in the automated system before registering a launch. If there was any possible doubt, some of these checks would have triggered, signaling their uncertainty… right?

Surely the slightest of blips would have shown on the radar systems if missiles were launched. His hand hesitated over the phone.

After a few more tense moments, he picked up the receiver and was patched through to the army’s headquarters. The sweat was still there, now in contact with the cold plastic earpiece. He informed the duty officer at the other end of the line that the automated missile detection system was experiencing a malfunction.

While he had made his decision, he had made it without perfect information. It was still quite possible that the Americans had developed some form of launch and payload technology to completely bypass radar detection systems.

He would know shortly whether his hunch was correct. The minutes crawled by, with each one more agonizing than the last. The sweat was still there.

But eventually, nothing happened. No frantic calls from headquarters. No slight shaking or rumble from large explosives detonating somewhere in the population centers of his country.

Thirty minutes after the call, he knew his country was safe. The world would remain as it was — tense, perhaps, but still alive.

A silent resolution to quiet desperation

Later that week, Stanislav was given an official admonition for written errors in the event logs. The story remained unknown for years, silenced in the usual manner of many Soviet military shames. Ignorance may not be bliss, but it did prevent disgrace. The event would remain buried, hidden from the eyes of the press until the fall of the Soviet Union.

An investigation later confirmed what the lieutenant colonel believed to be true — that a system malfunction did indeed occur. It had detected a strange alignment of clouds and sunlight and had subsequently blared the alarms that would haunt his memory for decades.

His actions were initially lauded by his superiors, from whom a reward was promised. But the reality of the situation was that no reward would ever be possible. Officially recognizing his actions would also mean officially punishing those responsible for the failure of the system, and those responsible for the failure were more politically useful than his ego.

Instead of giving attention to the failure of the system, Soviet brass decided to sweep the event under the rug, a political expedience typical for these types of events. Mr. Petrov would later suffer a nervous breakdown, like so many who are placed under such extreme stressors.

So, here’s to you, Stanislav, a leader who went unknown for so many years, and whose correct decision saved the lives of so many. Mankind thanks you for your service.

In memoriam to all those who make decisions that no one ever hears of, and who pay prices we never repay. RIP Stanislav Petrov, 7 Sept. 1939–19 May 2017.

This story is republished from my original Medium article.

More stories from Dan Brioli and writers in Serve and other communities.