by Dr. Ethan Levi 2 years ago in history

As long as there are humans, there will be war. So far, which have been the longest wars in human history?

The Hundred Years' War began as a result of claims to territory and the right to rule. The previous generations had tried to make peace between the two countries through marriage, but this move ultimately ended up being one of the main causes for war. Because of the mixing of the bloodlines, who was the ruler truly meant to inherit the crown and kingdom of France?

In the end, the English conceded to the might of the French forces, but not until after decades upon decades of bloody war had been waged. 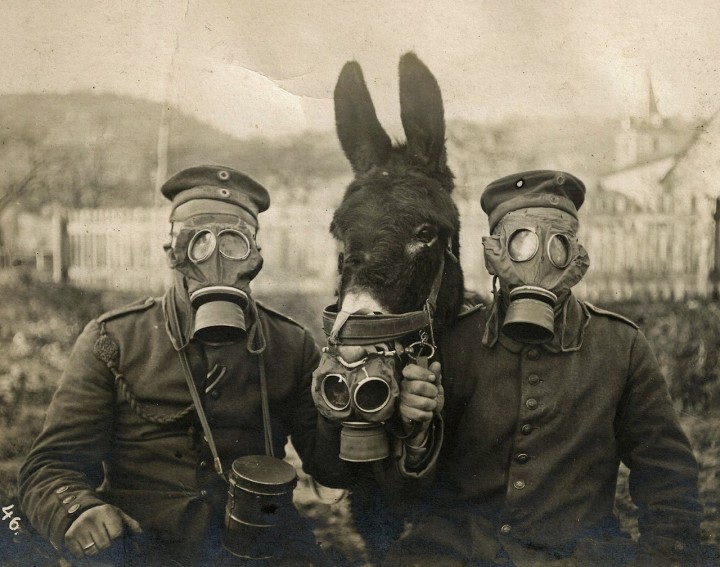 You didn't think that the sour relationship between the French and the English would end so soon, did you? The first Hundred Years' War ended in the 15th century, but the next one began in the late 17th century. Again, France and England engaged in one of the longest wars in human history.

The Byzantine Empire was, essentially, the eastern Roman Empire that lasted even after the Western Roman Empire's fall in the fifth century. The Byzantines' conflicts with Arab Muslims occurred roughly between the seventh century and 12th century, making for one of the longest wars in human history.

The Muslim Caliphate took Byzantine's strongholds in Africa, and then repeatedly attacked the capital of Constantinople. The two sides eventually decided on the mutual border of the Taurus Mountains. 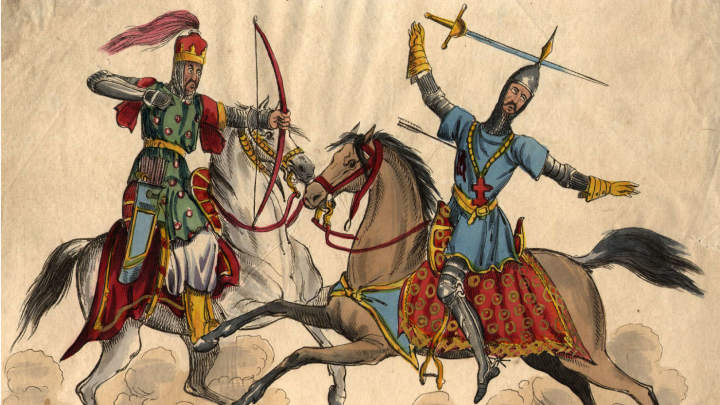 Many of the longest wars in human history were not one constant war, but a series of wars that kept reigniting every few years. The Crusades is the most well-known example of such conflict; i.e. the holy wars between Muslims and Christians.

All in all, there were nine crusades between 1095 and 1291. As Christ's vicar on Earth, Pope Urban II launched the first crusade in an attempt to recapture land from Muslims that he believed belonged to the Christians. Many successive popes followed in Pope Urban II's footsteps, resulting in almost 200 years of on-again-off-again fighting.

Even today, one of the most dangerous and tumultuous places in the world is the holy land centered around Jerusalem.

In a way, the Reconquista overlaps with The Crusades. Like The Crusades, this was a war between Christians and Muslims and is one of the longest wars in human history. The Reconquista, however, occurred before the first official crusade, arguably setting the stage for the infamous holy wars.

The war began in the eighth century, when Christian forces began pushing Muslims out of Spain. In 801, Holy Roman Emperor Charlemagne took the city of Barcelona and established rule over the surrounding lands.

Countless battles were fought over several centuries, but the Reconquista officially came to an end when Ferdinand II and Isabella I united Spain under Catholicism, and defeated the Islamic stronghold of Granada in 1492.

The nomadic, Germanic tribes had a contentious relationship with the Roman Empire for hundreds of years. The two peoples were at odds for a number of reasons, the primary being their extreme difference in lifestyle and social structure. The so-called Barbarians pulled off invasion after invasion, raiding and looting whatever they wanted. Conversely, the Roman Empire was extremely regimented and fixed in the way they went about conquering and establishing permanent settlements.

The Germanic tribes and the Romans frequently came into contact with one another over territorial matters, especially when the Huns began propelling the former from their lands. Various tribes had no choice but to encroach on Roman territory, which created tension between the clashing cultures.

There was never an official need to declare war, as the Germanic tribes didn't subscribe to such ceremonial rules, but these lasting conflicts are known collectively as one of the longest wars in human history. When tensions flared, fierce battles arose—like the one that ultimately toppled the Roman Empire in 476 C.E.

Byzantine's feud with the Arabs was interrupted by the incoming threat of the Seljuq Turks. The Turks hammered Byzantine's territories and took them for themselves. Despite Byzantine's efforts to hold them off, the Seljuq Turks decisively defeated the enemy in the 1071 Battle of Manzikert.

The Byzantine Empire was significantly reduced and, to make matters worse for the Christians, Jerusalem had been taken. The aftermath of all of this fighting was the launch of the First Crusade.

The Persian and Roman Empires were at odds with each other since the beginning. The two ever-expanding empires shared a fiercely contested border. With each empire constantly trying to increase its size and power, inevitable wars arose over a period of more than 700 years. To date, it is one of the most epic and longest wars in human history.

With the arrival of Christopher Columbus and later, Hernán Cortés, the Spanish triggered a slew of wars that would rage for hundreds of years in what is now known as Mexico. The conquest of the Aztecs and the Incas, as well as other native tribes, solidified Spain's foothold in the Americas in the 16th century.

Spanish rule in the Americas would continue for centuries with much turmoil, making it one of the longest wars in human history. The subjugated natives began to fight for their independence and won it in the 19th century. 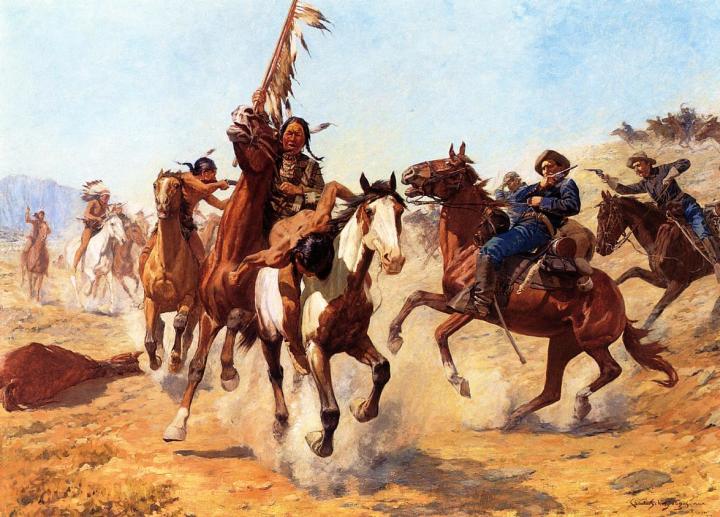 Even if you know nothing about the history of the rest of the world, as an American, you know of the centuries long conflict between the colonial Americans and the Native Americans. Since the establishment of the first colony of Jamestown, Virginia in 1607, there has been a contentious relationship between the colonists and the indigenous people.

What seemed at first to be a potentially fruitful relationship quickly descended into a long history of raids, bloody battles, kidnappings, and conquests. While the two sides are no longer in a war of arms, a war of ideals and territory still remains. The numbers of natives have been severely diminished and so have their resources and lands. Controversial policies still create major issues between American lawmakers and indigenous people, such as the Dakota Access Pipeline problem.

He is a published writer with a doctorate in philosophy who challenges literally everything and everyone. Dr. Levi strongly identifies with punk music and despises elitism. He has an affinity for flannel.