by Jackson Sherry 8 months ago in navy
Report Story

A Coming of Age Story 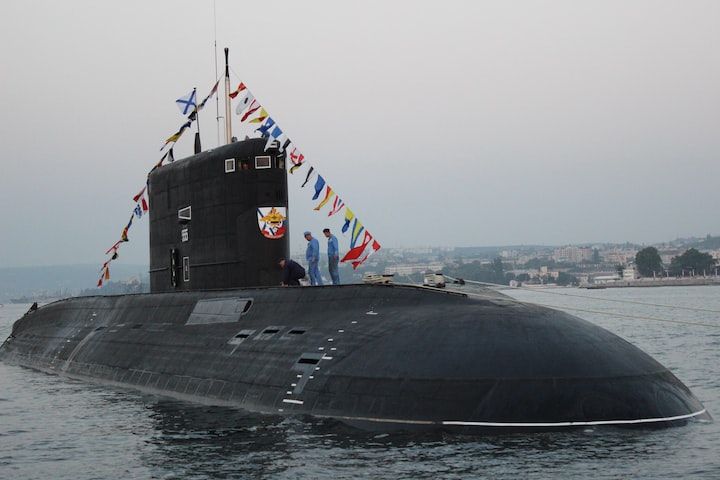 Photo by Ан Нет on Unsplash

This was it. I was finally a useful member of the crew. Earlier that morning, I had finally qualified to stand the Shutdown Roving Watch. Our boat was in the shipyard, which meant the engine room was shut down, but someone still needed to walk around every hour and check on different machines and temperatures and pressures. Enter the Shutdown Roving Watch, or SRW, or roving watch as it was spoken. This is the guy that wanders the depths of the engine room with a clipboard and flashlight, writing down the same set of numbers each hour, bored out of his mind. During the day there are plenty of crew members to chop it up with, shipyard workers to yell at, and commotion to keep us busy, but at night, there’s nobody. Three guys look after panels in the maneuvering room, one of which takes the occasional trip down into the engine room, and every few hours one of the supervisors will take a tour of the space and review the clipboard, but that’s it. It’s an important job, sure, but only on the rare occasion that something goes wrong. Otherwise, it’s a lonely way to spend a day, switching off with other watchstanders every few hours.

I was finally free of being attached at the hip to Arbogast, my overinstruct, with whom I stood duty every three days. Duty is what we call the 24 hour period we’d spend on the boat, babysitting the delicate, over engineered systems that make our proud vessel go. The rest of the crew goes home at night, but those of us on duty get to stay in the smelly, coffin-sized racks, suffering from sleep deprivation and dehydration caused by over caffeination. I’d stand watch when he stood watch, following him around the engine room, writing down his numbers, and trying not to smell his putrid, dip scented breath while he told me story after story about nothing at all.

There were three mechanics in our duty section, including me, which meant three people who were qualified to stand the watch. This meant we’d alternate standing watch every four hours. Being the most junior individual, having literally gotten the stamp of approval from the engineer that morning, I was assigned the worst time slots. I was afforded the opportunity to be the roving watch from 1000-1400 and 2200-0200 (10am-2pm and 10pm-2am for those of you just learning to speak military). Of course, I still had an obligation to do regular work during the work day, otherwise the interrupted sleep could be offset with an afternoon nap. The members of machinery division left for the day around 1800, which gave me enough time to slam dinner, take a shit, and crawl in my rack for three hours or so until I had to wake up and relieve my fellow watchstander.

If there’s one important thing to note about individuals serving on a submarine in the shipyard, it’s that we run on caffeine and nicotine. Normally, I’d be drinking coffee, but the coffee maker on the boat hadn’t been in service as long as I’d been there, so on my way across the dock from the barge, a small floating building where we slept and kept our stuff while the boat was being repaired, I stopped at the vending machine and bought two energy drinks. I chugged one while purchasing the second, then dropped the unopened can into my cargo pocket, walked across the top of the boat, climbed down the ladder, and found the shipmate I’d be taking over for.

My first hour was slow. I took down all of my logs, poked my head into the maneuvering room to see if there was anyone interesting to chat with, then returned to the stoop and studied a tech manual while I waited for the next hour.

2300 came, and I started my tour, climbing ladders, opening hatches crawling in tight spaces, and recording numbers that were just about the same as the last hour. As I climbed down the ladder to the lower level of the engine room, I felt it. That familiar tingly feeling one gets when their blood pressure lowers and their rectum communicates to the brain that it is time to evacuate. I had to shit. I had to shit really bad. The guy standing watch before me was likely asleep by now, and the guy coming after me wouldn’t be getting up for another two and a half hours. The unspoken code is that we don’t wake sleeping shipmates unless it’s an emergency, and needing to shit doesn’t count as an emergency. Plus, I was the most junior of junior guys on the boat, there was no way I could wake one of my senior comrades and still be in good standing. This was my problem, I needed to figure it out.

I briefly thought about sneaking up to the front half of the boat, where the toilets are, taking a rapid dump, then sneaking back to the engine room, but leaving the engine room while on watch is a big no no, I couldn’t risk getting caught and reprimanded. While working out every possible solution, I waddled through the rest of my tour, clenching my cheeks as tight as I could.

“Maybe I can just hold it for three hours.” I thought. There was no way that would work. The dam was ready to break any minute now. I finished my log set, then sat awkwardly on the staircase leading from the upper level of the engine room to the middle level. If I sat in a certain way, the shit pressure was slightly less intense. An electrician who I can best describe as looking like a pregnant praying mantis, came down the stairs to take his own logs. He gave me a snide comment about sitting down on the job, then returned to stare at his panel in the maneuvering room. The pressure was getting worse.

By now it was around 2330. In half an hour, one of the supervisors would tour the engine room, review my logs, then go back to sleep. I thought that maybe if I peed, it would help relieve the pressure in my bowels, so I dug through a few trash bags and found a Mountain Dew bottle, one of the only bottles that wasn’t half full of copenhagen and brown spit. I hid myself behind one of the massive refrigeration units, pulled out my member, and walked the fine line of trying to pee without pooping. I was able to generate a half-assed stream, but the more I let go in the front, the more my body wanted to let go in the back.

I terminated the stream, put the cap on the bottle, and returned it to the trash bag that it came from. My situation was becoming more dire by the second. If I was going to make any sort of move, it would have to wait until after the supervisor’s tour, fifteen minutes from now. Luckily, he was early, and it was midnight. He swiftly surveyed the engine room, poked through my logs, checked in with the nerds in maneuvering, and returned to his rack for another three and a half hours of sleep.

It was time for me to take my midnight logs, but I could hardly walk without fearing that my asshole would open up and release armageddon into my pants. I needed to do something fast, or I’d be walking off the boat with a monstrous load of shit in my pants. I swiftly descended the combination of ladders to the lowest level of the engineroom. I grabbed a trash bag, some tape, and a handful of Kimwipes (sexy paper towels). Thinking quickly, I pulled out my knife and cut down the seam of the trash bag. I then taped each open corner of the bag to two large storage tanks on either side of a narrow corridor. I padded the bottom of my makeshift toilet with Kimwipes, leaving a few on the side to wipe with. It was finally time.

I unbuckled my belt, dropped my pants, turned around, squatted, and let go of my anal death-grip. The magnitude of excrement that left my body was legendary, to say the least. I had no idea a person could store this much waste in their body. I was instantly sweaty, feeling like I had just lifted a car to save a child. Worried about time, I pushed the seemingly endless, brown goo from my body with incredible force and eventually reached a natural stopping point. I checked my watch, 0030, I was getting severely behind on my logs. Swiftly, I wiped my ass with the scratchy, yet absorbent Kimwipes, rolled the trash bag up, and covered every square inch of it in tape.

After collecting my wits, I stashed the still warm log of ordure in a locker, then whipped through two back-to-back tours. Finally, I could relax. Forty Five minutes to go until my relief was due to arrive, and I had managed not to screw anything up during my time alone on watch.

Waste in hand, I climbed the ladder out of the boat into the crisp Pacific Northwest air. As I stepped off the brow onto the dock, I took in a deep breath and gazed up at the stars. I had done it. I stood a successful first watch and truly felt what it was like to be part of a crew, and I didn’t end up needing that second energy drink after all.

Like many others,﻿ I'm on a journey in search of mental clarity. I've been a lot of things; a US Navy submariner, a rock climber, a filmmaker, and a life coach, to name a few. But, life's a little too complex to settle for just one label.

More stories from Jackson Sherry and writers in Serve and other communities.