by SKYLERIZED 2 months ago in marine corps

A Marine corporal is tasked with teaching a sergeant and first lieutenant how to earn a green belt in Marine Corps Martial Arts Program (MCMAP).

Throws, kicks, and holds ruled the day at the Marine Corps Martial Arts Program (MCMAP) grounds. First Lieutenant John Jarwish, Sergeant Anna Clifton, and Corporal Benny Mullins all convened on this area replete with shredded up tire pieces. Corporal Mullins took over the proceedings. He ensured that each Marine folded his or her cammie blouse neatly just adjacent to where they would be practicing. After a round of stretching, the three of them looked forward to that day of advancement.

“Alright,” Mullins looked at the ground. “Sir, why don’t you get in the kneeling position.” The lieutenant abided. “Now, you sergeant, you take and get the lieutenant in a headlock. And sir, your whole goal is to see if you can break her control and reverse the situation.”

Anna also followed instructions from the only green belt instructor among them. The lieutenant and the sergeant both shared grey belts. She held him in the lock for about fifteen seconds. Jarwish ducked his head beneath her grasp and completed the move. Like an Okinawan sensei proud of his students but never showing it, Mullins moved on to the next moves.

“Now, for these kicks. I want to see them at lower body level. That goes for you, sir,” Mullins smiled quickly. 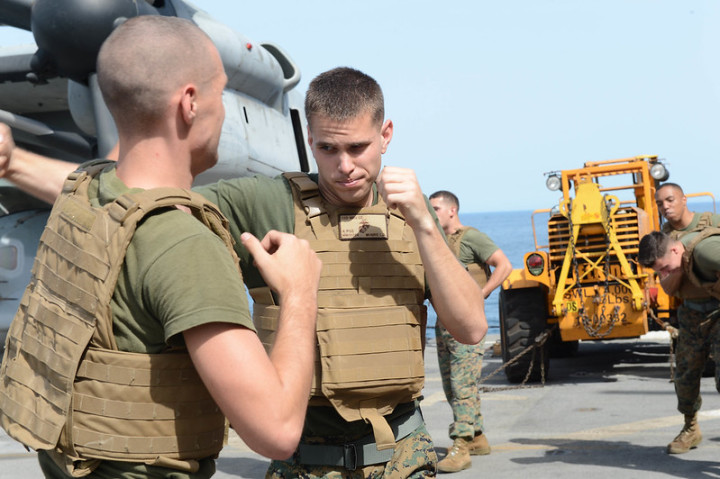 The lieutenant and the sergeant obliged.

“What I’m preparing you for is any close hand-to-hand combat that you might experience while in a combat zone. It is imperative that you take these moves and the mental preparedness seriously. I’ve trained under brown belts all the way up to black belt 6th degree. We may be out here in this sun and getting some PT in, but this is all serious. So forget all the ‘MCNAP’ and ‘MCCRAP’ trash that you hear. This can save your life or the lives of your buddies.” He took a beat. “Alright let’s work on our throws. Sir, Sergeant, get in correct stance.” The two of them reverted to the Basic Warrior Stance.

“You, sir, advance towards Sergeant Clifton.”

She slung her leg out and threw him to the deck. She offered him a hand up. He refused. Corporal Mullins took note of this but said nothing.

Once she took a step the lieutenant tripped her and she fell towards the clipped up tires.

At this point, Mullins removed his sunglasses and stepped towards the officer.

“Sir, do we have a problem with the sergeant?”

“Corporal, I think you should move on to the next set of techniques.”

“Sir, if we have an issue we can talk about it right now.”

“Corporal, I don’t think you want to talk to me like that. You may have a belt on me, but I’ve got brass on you.” 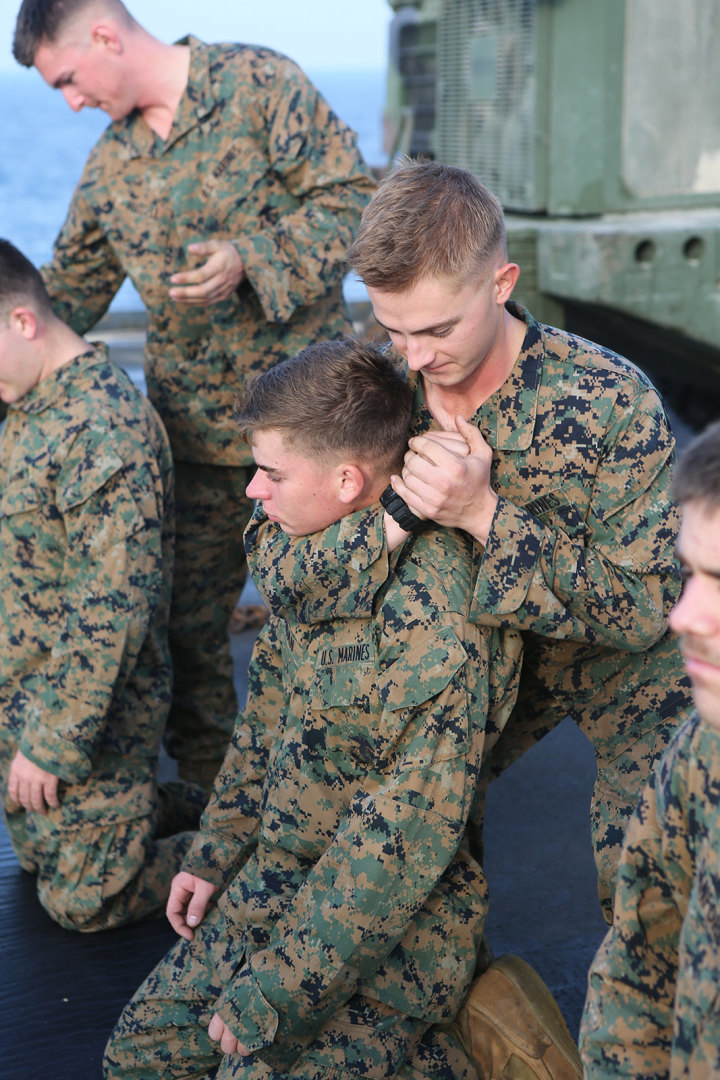 Jarwish sniggered. “C’mon, c’mon. What do we have next?”

“Nothing for you, sir. You’re dismissed for today.”

“Corporal I am about to bust you down to private….”

Then, Major Frank Cardinal spoke from a few yards away. “Everything alright down there, Jarwish? Sergeant Clifton? Corporal?”

“He was just about to get his chevrons knocked off, sir, he...”

“Save it, Jarwish. I was just passing by. I saw what you did to the sergeant. Is that how we conduct ourselves as officers of the US Marines?”

“Alright then. Take today off. Besides, you’ve got paperwork to do. Best to get on it.” He slammed his car door and drove off away from the three of them.

“This isn’t over, Corporal Mullins.” 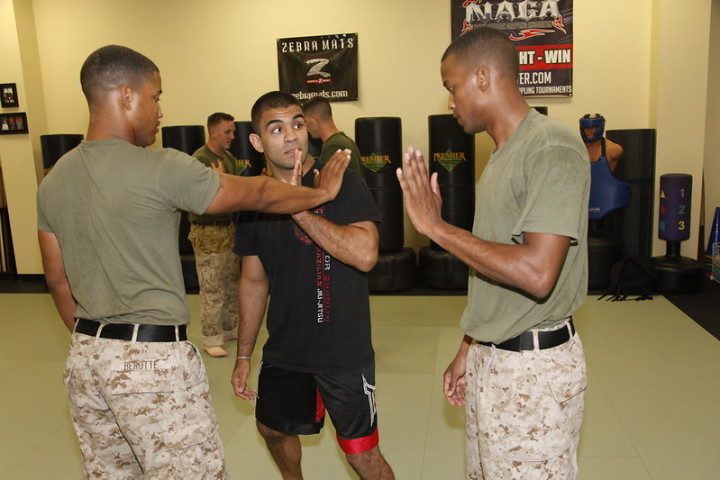 marine corps
SKYLERIZED
Read next: A Comedy of Errors in the British Army UOTC, Part 5
SKYLERIZED