by Beige Shell Writings about a month ago in history 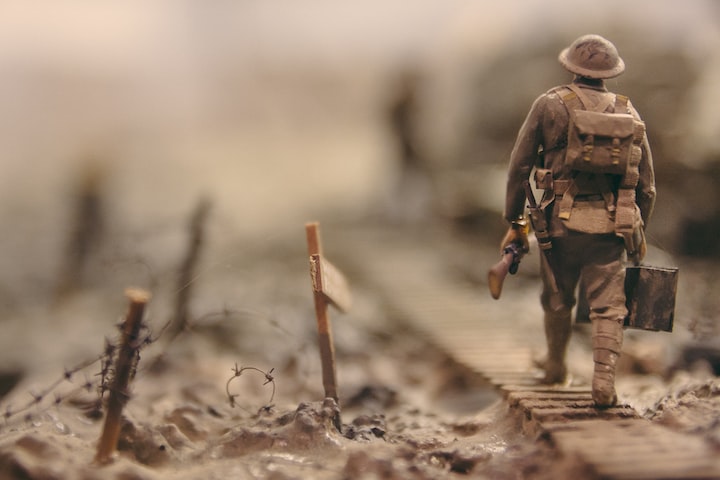 The history of JROTC is a marvel in itself. Starting out with the dreadful days of World War I, to the ever-expanding opportunities that JROTC has to offer today. JROTC doesn't have a history consisting only of itself, but the history of America and the American people. As you dig deeper and deeper into the depths of JROTC’s past, you continue to unveil all of the answers to the questions you never even thought to ask. I hope to open your eyes, and your heart, to the JROTC past, present, and very bright future.

World War I, one of the deadliest conflicts in history, was in full swing the year of 1916. The Passage of National Defense Act of 1916 sanctioned the load of federal military equipment to high schools as well as the assignment of active duty military personnel. The initial purpose of JROTC was to train young men in preparation to be drafted. Ultimately, JROTC fully or partially addressed the importance of physical fitness, respect for the role of the United States Armed Forces, an understanding of the fundamental concept of leadership, military art and science, and an appreciation of the requirements of national security.

On November 11th, 1918, World War I ended. JROTC’s prime goal was still that of recruitment for the military. When the year 1964 rolled around, however, the ROTC Vitalization Act expanded JROTC’s programs to Navy, Marines, Air Force, and Coast Guard. As a result, the current active duty Army Instructors were replaced with military retirees. The now citizenship based JROTC program addressed worth of leadership, civics, geography, global awareness, health, wellness, language arts, life skills, and U.S. history. The goal was to help young men develop citizenship and patriotism, self-reliance, and responsiveness to all authority. As an after effect of the Vitalization Act, in the late 70’s, military academies were established. Before 1972, females were just “sponsors” for JROTC, after that glorious year though, females were allowed into JROTC as cadets. By 1981, 32,000 females were enrolled in high schools. In the year 1987, the first true mission statement for JROTC stated, “Motivating young people to be good Americans,”. It was only the beginning of what to come.

The year 1990, was a big step for JROTC. Almost the entire curriculum for JROTC changed. No more combat tactics and combat weapons training, instead, an increased focus on citizenship was instilled. At this point in time, JROTC was striving to help at risk-kids by giving opportunities to those who never had them. In the year 2000, 1,420 schools consisted of JROTC programs. There were approximately 278,000 cadets, about 3,600 instructors, and there were more than 300 schools on the waiting list to establish their own JROTC programs. By 2006, the number of JROTC programs in schools nearly doubled to 3,230 units. That same year, the National Defense Authorization Act was signed into law in October, permitting retired Reserve Component officers and noncommissioned officers to be hired as instructors. It was in 2013, that JROTC’s history designates that year as a moment in which JROTC, “evolved from a source of enlisted recruits and officer candidates to a citizenship program devoted to the moral, physical, and educational uplift of American youth”.

In the beginning, JROTC was nothing more than a way to train and recruit young men. JROTC was looked upon only as a source of enlisted recruit and officer candidates. Now, though, after 100 years, JROTC has a drill team, color guard, raiders, volunteering, rocketry, orienteering, and rifle marksmanship programs as well as many more extracurricular activities available. Over the years, you get to watch more and more people understand the true purpose of JROTC and that it is no longer for recruitment purposes. The greater good of all benefits from the people involved in JROTC. JROTC has been here for the American people for 100 years now, and I’d like your help in welcoming the next 100 years to come.

Just pieces from my brain and some short stories! Hope you enjoy 😊