by Robert Ervin 11 months ago in army

The Route of Betrayal 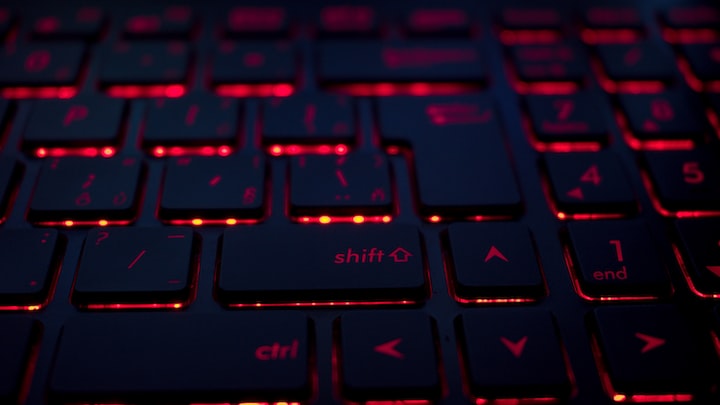 Photo by Daniel Josef on Unsplash

Light from the battle tracker’s screen sneaked past his fingers as he nervously rubbed his face. Major Charles Leighton silently chastised himself for his open display of anxiety and glanced around the dimly lit operations center. Thankfully, none of the other operations staff seemed to have noticed his agitation. Leighton sighed inwardly, took a quiet sip of the motor oil that was served for coffee here and tried to focus on his screen.

The map on his screen looked much the same as it always did. Long green lines stretching in all directions from the base represented convoy routes that were regularly patrolled and kept clear of roadside bombs and other enemy activity. Usually, a section of at least one of the routes would be blinking red, the indication of an attack occurring against a friendly convoy at that location. This evening, all the routes were green and there was an air of relief among his staff.

The Major didn’t share his staff’s mood; he sat silently at the battle tracker thinking about Bravo Company’s convoy which was scheduled to leave in thirty minutes. He didn’t know what Bravo Company’s mission was, but he knew it was something big. The enemy’s contact had paid him a great deal of money to get information about that specific convoy.

The operations center radio suddenly squawked into life, startling the Major out of his thoughts. “IRON HORSE OPS, THIS IS DELTA SIX. RADIO CHECK, OVER” came a loud, static filled voice from the radio’s speaker.

The communications specialist seated by the radio, Sergeant Luong, set down the crossword puzzle she’d been working on. Keying the mic on her handset, she responded to the radio check; “Delta Six, this is Iron Horse Ops, we read you loud and clear, out.”

“Thank you, Sergeant, I’ll record it” responded Major Leighton as he reached to the side of his desk to grab a small black book containing today’s scheduled convoy movements. The Major felt a stab of guilt as he recorded the radio contact in the book; his little black logbook was identical to the one used by the daytime operations officer, Captain Moreno. Tomorrow morning, when Captain Moreno began his shift, he wouldn’t be able to find that small black book. Moreno would be forced to report the loss to the Brigade Executive Officer, who, if you asked ten different operations staffers their opinion of, you would learn ten new synonyms for “asshole”.

Major Leighton allowed himself a bitter chuckle; “there will be a much larger problem to deal with in the morning than Captain Moreno’s missing logbook”, he thought to himself. Leighton remembered how easy it had been to steal Moreno’s logbook from his unlocked desk drawer and transfer it to his cargo pocket. The daytime staffers had all been too bleary-eyed and exhausted from their long shift to notice him do it.

Leighton finished recording Delta Company’s radio contact and locked his logbook in the desk drawer. Resisting the urge to rub his face again, he sighed heavily and let his eyes rest on the only photograph that he kept on his desk; two men in their mid 30s embracing in front of a tropical waterfall grinned back at him. Both men sported regulation crew-cuts and matching board shorts. Leighton briefly smiled to himself and remembered how awkward Xavier had been when he had gotten on his knee and proposed to him in front of that waterfall. “Will you marry me, Charles?” asked Xavier as he almost lost his balance trying to dig an absurdly expensive Rolex out of his board shorts pocket.

Leighton treasured that watch and he likened it to a piece of Shaker furniture; nothing showy, but incredibly precise and well made. He’d only had to adjust it once in the 4 years since Xavier had proposed to him with it.

Looking at the watch, Leighton stiffened as he noticed the time. “Only 15 more minutes until Bravo Company’s convoy leaves.”

The Major wondered if the other staffers could sense his guilt; surely there was no way any of them knew he had sold Captain Moreno’s small black logbook to the enemy. He had only just given it to the contact three hours ago, right after the day shift ended. Leighton had met the man behind the recreation tent just as the sun sank below the horizon.

Leighton remembered his hand was shaking as he handed Captain Moreno’s logbook to the man. As the contact slipped the small black book into his jacket, Leighton nervously blurted out “Why do you want to know about Bravo Company’s convoy tonight?”

The man had been surprised at being spoken to, but he didn’t respond immediately; instead, he reached behind his back and pulled out a large stack of money. “Here is the two hundred thousand we agreed on. Whatever happens to Bravo’s convoy tonight is out of your hands now.” Leighton watched as the man turned around and melted into the evening.

“Major Leighton, did you copy that last radio check?” Leighton snapped out of his memory and looked towards Sergeant Luong.

“No, sorry Sergeant. Has Bravo’s convoy left?” asked Major Leighton as he rubbed his eyes and tried to clear his head.

“Yes, sir. They just radioed in their departure time.”

“Thank you, Sergeant, I’ll log the departure.” Leighton tried to smile at the comms specialist as he said it, but inwardly felt sick.

“Bravo Company could get attacked any moment now; God I can’t stand this!” Leighton thought to himself. He was suddenly filled with a sick, anxious energy, “I can’t be here when it happens!”

Leighton abruptly rose from his chair, beads of sweat beginning to form on his face. “Sergeant Luong, I’m going back to my tent for a while.” It was a struggle just to speak. “I think I might be coming down with something. Do you have control here?”

“Yes sir, it looks like it’s going to be a quiet night. I can handle the radio traffic”. Sergeant Luong hadn’t even looked up from her crossword puzzle as she’d responded.

Leighton knew if he opened his mouth again, he might throw up; he nodded to Sergeant Luong in thanks and stepped out of the ops tent. The cool air of the nighttime desert made him feel slightly less sick. As he began to walk back towards the tent he shared with his husband, he couldn’t help but think about Bravo Company.

He knew Bravo’s Commander personally; Captain Jessica Seifer was a good soldier and she had always been supportive of his marriage to Xavier. Many in the Army were not so understanding; for two years, Xavier had begged his Battalion Commander for a chance at Company Command. Colonel Fitz always had an excuse for not promoting Xavier, but he had finally relented after Leighton had threatened to file a complaint against him. Leighton had never told this to Xavier, he wanted him to know that he had achieved this on his own merit. Leighton remembered how proud he had been during the Change of Command ceremony that gave Xavier leadership of Alpha Company.

When Leighton finally returned to his tent, he opened the flap to notice that Xavier wasn’t there. Alpha Company had been given a week to rest and recover after running convoys every day for an entire month, so Leighton was surprised to see that Xavier wasn’t already in bed reading or listening to music on his old CD player.

“He must be playing basketball at the recreation tent” Leighton thought to himself.

He thought about going to find Xavier, but not wanting to spoil whatever fun he might be having, decided against it. Leighton sighed as he laid down on his cot. He struggled trying not to think about Bravo Company, so he turned his thoughts to what he and Xavier could do with the money he had received from the contact. “We could leave the Army and finally buy that place in Belize!” Leighton smiled to himself with thoughts of strolling the beach at sunset, hand in hand with Xavier.

His mental reprieve was interrupted by voices outside the tent. Thinking that it must be Xavier returning from his basketball game, he rose from his cot and stepped outside. Just outside the tent, Leighton saw Jessica, Bravo Company’s Commander, laughing with the Battalion’s medic over a joke she had made.

“Jessica! Didn’t Bravo Company leave on their convoy already? Why are you still here?”

“Nice to see you too, Charles!” Jessica responded in a miffed tone. “I wasn’t able to lead the convoy because I did this playing basketball earlier.” Jessica pointedly lifted an arm wrapped in a cast.

“Who is leading your convoy then!?” Leighton asked as a pit began to grow inside his stomach.

“Well Xavier accidentally tripped me while I was trying to rush him, and I ended up tearing a ligament in my arm. He felt bad about what happened, so he volunteered to lead my convoy tonight.”

Jessica watched, confused, as Leighton collapsed on his knees. “Are you alright Charles? What’s wrong!?”

Leighton didn’t answer as he struggled back to his feet. He lurched as if drunk and began running through the sand towards the operations center he had left just thirty minutes earlier.

The operations center was in chaos. Staffers were busy relaying reports and attempting to get status updates from nearby units over the radio. As he ripped open the tent flap, Leighton heard Xavier’s voice over Sergeant Luong’s radio “…REQUEST IMMEDIATE MEDICAL EVAC…” followed by the hiss of static.

Behind her, Major Leighton quietly sat down behind his desk. He felt dazed, detached from the panic that was consuming the ops center. He felt someone grab his shoulder and shake it, trying to get his attention. He turned his head to see Sergeant Luong, her features set with worry. “Sir! I can’t reach Bravo’s convoy on comms; we need to organize medevac and get a quick reaction force to their location!”

The Major just sat and stared at her; he knew it was already too late. The enemy would have taken special care that this convoy would not reach its destination. They wouldn’t have wasted two hundred thousand dollars on that small black logbook just to plant a single roadside bomb or stage a small ambush. There would be no survivors from this convoy.

Sergeant Luong shook him again, but the Major just turned his head back to the battle tracker and remained silent. With a frustrated yell, she cursed at him and ran out of the operations center.

When she finally returned with the Brigade Executive Officer, they found Major Leighton still sitting at his desk, clutching a now crumpled photograph. His eyes, fixed on the battle tracker in front of him, were intermittently illuminated by the steady blinking of a red light.

I don't write often, but I have fun when I do! I really enjoy reading stories, especially Science Fiction.

Read next: Memories Of Germany