by Johnathon Mackin about a year ago in army 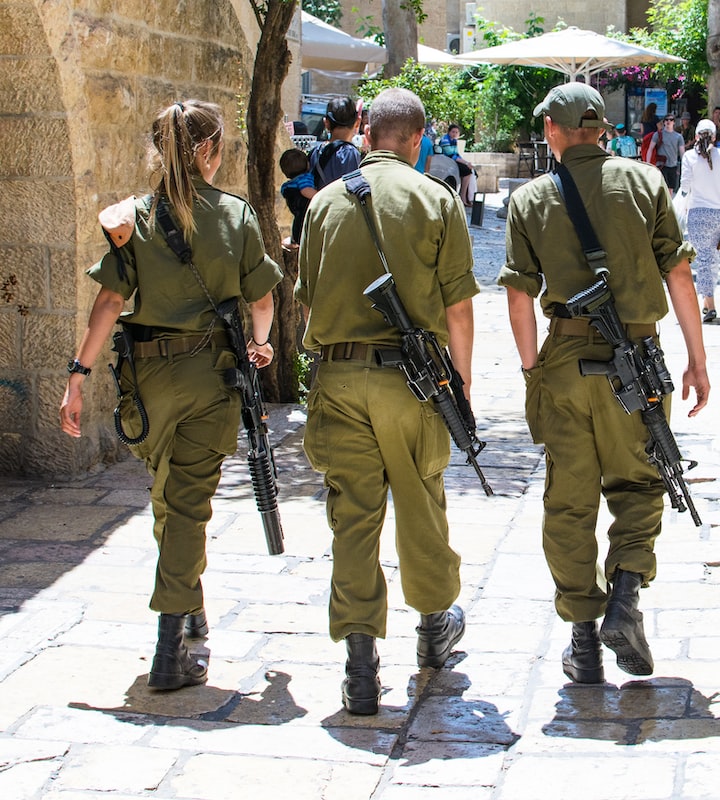 Photo by Benjamin Rascoe on Unsplash

As someone who has directly trained with IDF and Arab militaries. On the most basic level of training the IDF will outstrip any Arab military. For example, on the individual zeroing weapons was a trial. These Arabs did not believe it was useful and neither did the commanders. Some of the Arab country soldiers thought that basic geometry was like magic. Yes, one millimeter movement of your sight is really one meter at one thousand meters. It works. Does anyone believe I had to make any IDF soldier believe that? This is just an example and indicative of the problems I would encounter in Arab countries on the individual level. Yes, your Arab soldiers need water and food. Believe it or not I had to tell Arab commanders these things. I believe it was systemic because almost everyone I encountered had this attitude. At the company and battalion level the leadership was just lacking. Follow through with even any basic job just was not there. When conducting combat operations, planning was unrealistic, not timely, or just plain bad. We normally just utilized my plan. A lot of the Arab soldiers’ leadership did not and would not lead their soldiers in combat during major operations. They would either want to utilize the radio from base or take annual leave. I wrote this part in another post but it is relevant. When we were setting up basic combat training for the Jundi in Habbiniya, the Iraqi Army had virtually a blank check to train the Jundi how they wanted. Unlimited funds really. I said, “You can train them like the United States Marine Corps, Army, French Foreign Legion, Royal Marines,” I showed them videos of entire boot camps and basic training, the follow-on training they received. “Nope, we’re going to train in the dirt and not utilize any technology or experience from modern militaries. Because that training worked against the Americans.”

As an aside comment my recommendation was that we not even allow the Iraqi military to conduct any type of operations. What we would do is we would stand up units with American leadership, train Jundi to be basic Marines and soldiers with our Drill Instructors and Drill Sergeants and then let them earn rank just as they would if they were in the American military. About now they would be taking over at the brigade, regiment, and battalion levels. The advantage to this would be that the Iraqis would have a professionally trained military that would not cut and run but fight to the last man. There would have been no more bribing your way to the top leadership in the military; they would have earned that, as well as the respect of the common Iraqi soldier and people.

Why do Arab militaries fail when fighting Israel? Because of the host of reasons I have given and more but we will settle on these three: incompetence, cowardice, and either an unwillingness or inability to accomplish the mission.

More stories from writers in Serve and other communities.