PH
by Peter Harrington 3 months ago in history

In 2018 my friends from Russia found the place where a battle took place. That was quite an undistinguished place far away in a steppe. Among the findings there were relics which are rather common for such places – bullets, individual equipment, horse harness, cold-arms, etc.

However, one of the findings attracted their interest, that was a button with some strange and unusual family crest. They showed it to me, and I spent more than a month on trying to find out its origin. The uniform button that wasn’t a valuable item at all turned out to be connected with a far city of Moscow as well as with Ireland, which is even farther.

However, there is a history behind it. The story of a man who was born in times of trouble and lived a life, which may seem a film script to us.

Here is what the Russians said about him after his death: ‘General Peter Lacy, Irish by birth, he knew the ropes; he was loved, he was a man of honor, he wasn’t capable of any foul deeds. Everywhere he was known as a good general.’

Far away in Russia

Young tzar Peter Alexeyevich was rebuilding his country with high enthusiasm. He had a lofty agenda and he was keen on implementing his plans right away. He strived to get for Russia the way to the Baltic Sea, which inevitably lead to a conflict with Sweden, the strongest country in Europe at that time. To oppose such a powerful enemy, Russia needed not only large, well trained and armed military force, but also talented and skilled military officers and generals.

Constantly warring and densely populated Europe didn’t lack skilled people who knew how to conduct war. Some of them tried to find fame and success in the New World. However, there were those who were looking closely at this huge and un-renowned country in the East, where the young tzar was engaging foreigners with military skills in large numbers and promising them a decent pay.

Many military men from abroad who were ready to sell their professional skills came to Russia at that time. One of these foreigners was Pierce Edmond de Lacy, an Irish by birth, who then became one of the most successful field marshals known as Pyotr Petróvich Lássi.

He was so famous, that his Irish name Lacy was given to the first Nevsky Infantry Regiment of the first infantry division of the Russian Imperial Army. 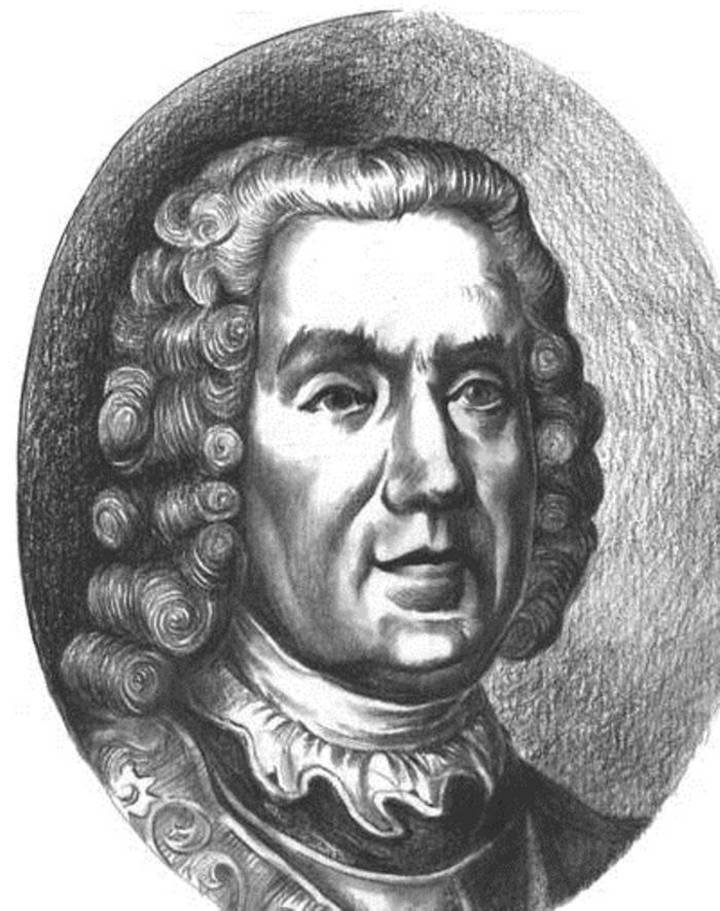 Young years of the officer

Pierce Edmond de Lacy started his life journey in October 30, 1678, in Ireland where he was born. His family was quite old and honored, but not very rich. The boy hated staying at home just like many other young descendants of a notable families, since the only thing they had was their famous family crests. So, he started his military career at the age of 13 together with his brothers.

At that time various wars were tearing Europe apart, so the young man had his chance to get the experience by fighting for different countries. In 1697 de Lacy got his first officer rank. However, his brothers died fighting for the French king, while the young Irishman found himself broke.

This is when he heard some rumors which interested him a lot. In faraway Russia, tzar Peter the Great was conducting extensive reforms and he needed skilled specialists badly. Russian royalty welcomed foreigners who were ready to serve the country and fight for it and they promised good pay. De Lacy had rather gloomy prospects in his homeland and this is when he decided to try his luck one more time.

Could he foresee that he’d spend almost 50 years being in the service to Russian tzar and Russia would become his second homeland? Leaving Europe behind Pierce Edmond de Lacy headed to the East.

From the officer to the field marshal

The Irishman came right in time for the beginning of the Great Northern War with Sweden. Russian army was large, though it lacked combat skills, discipline and proper organizing. Also, there were serious problems with the army equipment with modern weapons. De Lacy obtained his true command and captainship skills together with the Russian army while fighting with the Swedish army.

In 1709 he was badly wounded during the Battle of Poltava. He was the first to enter Riga that was ruined and exhausted by the siege (in 1710) and he was a Colonel at that time. He became the first Russian chatelain of the fortress.

When at the end of the Great Northern War it was needed to make the Swedish army agree to conclude a peace treaty on the most beneficial terms for Russia, Peter the Great started to send his fleet with landing forces to make sure that his enemy won’t feel safe there.

However, being in charge of a landing operation required exercising initiative, resoluteness, bravery and not every military chief was capable for this. De Lacy turned out to be this kind of person and he justified the confidence of the Russian tzar.

2,400 of Major General’s marines together having just two regimental guns got on the run significantly larger Swedish army, which besides had 7 regimental guns.

In 1736 de Lacy became a Field Marshall General: Russian Empress granted him a field marshal's baton after the war held through 1733-1735, when he successfully participated in a four month siege of Danzig, defeating earl Tarlo corps that consisted of ten thousand people.

However, the brightest manifestations of the Russian Irishman's captainship skills as well as his non-standard and daring decisions were demonstrated during the Russo-Turkish War (1735-1739) and the Russo-Swedish War (1741-1743).

On his way to the war in the steppe de Lacy’s procession protected by the Cossaks was attacked by Tatar formation, which was doing its ordinary business: robbery and prisoner snatching. The field marshal successfully struggled with them and escaped.

This battlefield turned out to be the place that my friends found. We managed to define this accurately due to the fact that the metal detector found the gold-plated button from the field marshal’s jacket.

My friends were studying the ancient camp near the water, when one of the metal detectors located the old bullet. Further search ended up with many findings including the button mentioned above.

When he came to the Sea of Azov, de Lacy immediately started organizing siege works and he succeeded in this task. In July 20, 1736, the Azov Fortress was surrendered, and the field marshal was wounded. In 1737 for this effort has was granted the Order of Saint Alexander Nevsky, the most valuable award in the Russian Empire at that time.

Twice (in 1737 and 1738) the army under his command attacked Crimea and fought with the Crimean Khanate.

At the beginning of autumn 1741, during the campaign against Swedish army, which occurred in the Finnish territory, the Russian army under command of de Lacy smote the enemy hip and thigh. In summer 1742 the army took two strongholds by storm and by means of a brave manoeuvre it cut off the enemy’s path of retreat and made it surrender.

Empress Elizabeth who mounted the throne after the palace reshuffle granted the famous commander a diamond signet ring. So, since the Swedish army spend all their resources very quickly, in 1743 they asked for cessation of arms.

Quick and successful end of the war was to a great extent due to de Lacy himself, who was very popular among the troops. The Empress sent her own yacht to take the famous commander from Finland back to St. Petersburg and rewarded him generously.

The Russo-Swedish War was the beginning and the end of de Lacy’s military career, though he continued as an outstanding general and many people came to him for advice in case of any complications in the country's international policy. After that last battle in his life de Lacy occupied a post of governor.