A Hero Stands Up for Aging; Enlisted in the Navy at Age 61

by Lee J. Bentch 4 months ago in navy
Report Story

His commitment was above and beyond the call of duty 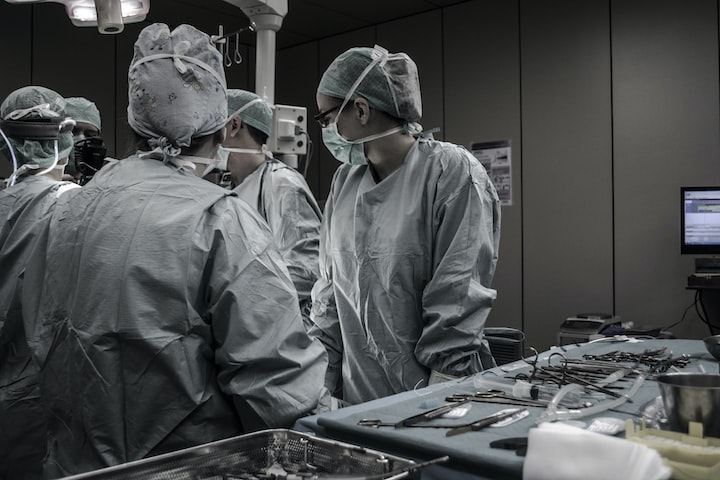 Photo by Piron Guillaume on Unsplash

His name is Bill Krissoff. He did something very few people would think of.

Bill enlisted in the Navy at age 61. There is a story behind his action, and it is one we need to be reminded of regularly. His story is heartbreaking and inspiring.

Bill was a successful Orthopedic Doctor with a well-established practice in California. He spent years working on sports injuries, aging problems, joint issues and trauma. His practice was fulfilling, his patients were loyal.

In 2004, Bill's son, Nate, joined the Marine Corps and was deployed to Iraq as a 1st Lieutenant. Unfortunately, during combat operations in the Anbar Province, Nate was mortally wounded and died on December 9, 2006.

Bill's family became a Gold Star Family. A designation reserved for families who lost loved ones in the service of America.

One cannot describe the internal pain and personal devastation of losing a family member on active duty. Bill's family was no different.

The death of a loved one is never easy to deal with. We all face it in our lives; the impact usually draws out powerful emotions that many people are unprepared for. As Bill reflected on his loss, he realized he wanted to do more to honor his son.

One afternoon Bill met with his son's Commanding Officer. During the conversation, Bill asked about medical care in war zones. He learned that the Marine Corps was provided care by the Navy Medical Corps with doctors staged in the vicinity of active combat theaters.

Upon learning that, Bill decided he wanted to enlist as a Navy Surgeon. Doing so would help him reconcile his son's loss, and add a chapter of commitment to helping his country during troubled times.

Bill met with a Navy Recruiter and was told age sixty was beyond the limit for enlistment. The recruiter indicated he could apply for an age waiver, but they were hard to get.

He considered all options, and one day a chance opportunity availed itself.

Bill and his family were invited to spend time with President George Bush and other Gold Star families, following the President's speech at an American Legion conference.

President Bush asked if he could do anything for them. Bill calmly asked for an age waiver to join the Navy Medical Corps.

Karl Rove, President Bush's aide at the time, took notes. The request ended up with the Chairman of the Joint Chiefs of Staff.

Unexpectedly he soon received a call indicating a waiver was approved, and his application was in process. He soon found himself in Naval orientation and training and was soon commissioned in the Naval Reserves assigned to the Medical Corps.

Lt. Commander Krissoff opted to go on active duty and served in Iraq and Afghanistan until his age waiver expired after six years.

Bill honored his son in ways many people couldn't. He gladly gave up an air-conditioned operating room for a working table in a field hospital with the mission to help wounded soldiers.

A Veteran and a Senior Citizen in one, not to be forgotten.

Bill's story is shared in many ways on the internet and is also mentioned in the book FOR LOVE of COUNTRY by Howard Schultz and Rajiv Chandrasekaran.

Our Veterans are acknowledged only twice a year, Memorial Day and Veterans Day. However, we shouldn't wait for two days a year to appreciate their service to the country. Our acknowledgment should be a daily routine.

Besides the military, civilian first responders, multiple layers of medical personnel, and those dedicated to rapid response and security also need our appreciation.

Our health, safety, and security are daily expectations. For those that serve, I salute you.

I am a general interest author actively involved with technology and communications. My inspiration to write is multi-dimensional. I am a multi-service Veteran.with a Masters in Communications from the University of Northern Colorado.

More stories from Lee J. Bentch and writers in Serve and other communities.