If Letters Were People

by Vocal Curation Team about a year ago in verified

Why does the silent "p" exist? Who invented the English language, anyway? 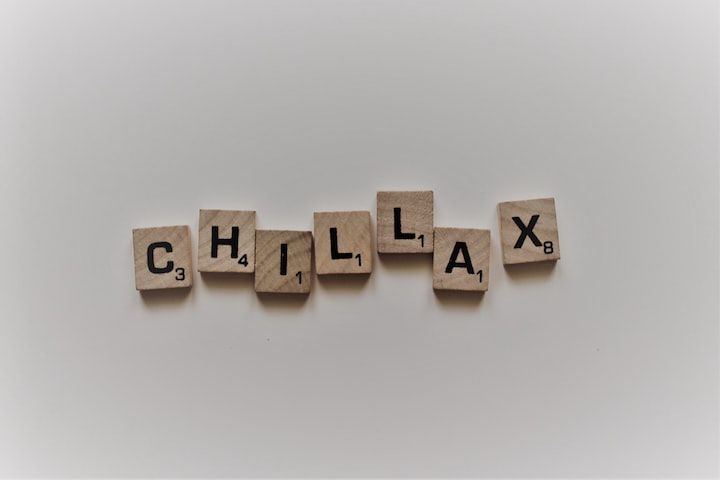 Photo by Amanda Jones on Unsplash

Time for another roundup from the Moderation Team!

Reading your stories continues to be the highlight of our days, as it brings us closer to the creators and voices that fuel Vocal. As always, we've been hard at work giving ♥️s and tips to all our favorites. From penguin photography to the dreaded and ongoing "War on Tomatoes," the stories featured below are a few of the best. Let's get to it.

Remember, if you're not already a creator, you can sign up here to get started today!

On Oct 6 2010, a new photo-sharing application was officially released through Apple’s App Store.

Is it too much to say that Instagram "changed the game?" Most of you probably discovered this roundup via the 'gram, so while it may be a slight exaggeration, it's safe to say that Instagram is where the party's at. With a glance back at how it started, and a glimpse forward at what's to come, creator Fluo & Pattern takes a look at the biggest social media disruption since Tom befriended all of us in 2003.

“We have entered the era of ‘the internet reality’ where one can only exist through what one publishes on social networks. I selfie, therefore I am,” said Michael Stora, psychologist..."

Mary is portrayed as the perfect woman. She is an effortlessly hot doctor who loves beer, plays golf every morning, and relishes junk food, which makes all the men fall madly in love with her.

In her latest Vocal story, Simran Lavanya Saraf eviscerates the sexist "cool girl" trope from many of our favorite sitcoms and romantic comedies, and reminds us how important it is to have women present during the creative process.

Not only is the cool girl a fictional stereotype that has plagued our screens, but it has become so pervasive that it has seeped into our dating culture. ... Be hard to get. Play it cool. Don’t be high maintenance.

We'll say it again for the people in the back: Don't encourage women to be manifestations of male fantasies. Simran concludes by saying that "letting go of the cool girl ideal allows us to realise that we are and have been surrounded by actual cool women all along."

Best example: pterodactyl. Why is that p there? Who decided that it needed a p? As far as I know, it does nothing. If letters were people, that p would be your friends' friends' cousins' daughters' pet fish. Useless to you and everyone involved.

Believe us, Mo, we would love to see that conversation. Can you also ask what the h*@% happened with "tough," "through," and "though"?? How did the "ough" tetragraph become its own midterm exam in ESL class?

The penguin outside our hutch cranes his neck, stretches his wings outwards and with a wiggle that starts at the neck, gathers momentum as it travels downwards and ends up in his tail, lets out the kind of squawk that could be expected from some giant, prehistoric ancestor. Then, as if he just realised he’s forgotten his house keys, turns around and waddles quickly back down the slope from where he came.

From a secluded spot on a New Zealand private beach, Vocal creator and photographer Mark Eden witnessed the daily life of rare yellow-eyed penguins. The yellow-eyed penguin is highly endangered and subject to predators on land and sea, but in this vibrant slice of life that Mark provides, we need only focus on how similar their behavior is to our own.

We all agree, however, the yellow-eyed penguin is far cuter than most humans.

All that squishy tomato goo leaves a disgusting residue on everything it touches. So you get a burger, you take the tomato out but you’re not left with a burger without tomatoes. Instead you have a burger with hints of tomato. And being in this inbetween state is probably worse than eating the damn tomato.

Everyone's perfect burger looks a little different, and Byran has a crystal-clear picture of what his looks like: no tomatoes. He cracked us up with this lament of failed attempts to order a burger without that pesky tomato slice. We're looking forward to more of your stories, Byran, and good luck next time you're in the mood for a burger. We're rooting for you.

That's it for this edition of the Mod Team roundup. Was your name in the spotlight? If not, keep writing! Keep thinking, keep creating, and soon enough, we'll be singing your praises here on the Vocal Curation Team channel.

Thank you for sharing your stories. See you again soon!