What Is The Difference Between Liquor And Liqueur?

by Georgie Hawthorne 12 months ago in list
Report Story

What Is The Difference Between Liquor And Liqueur? 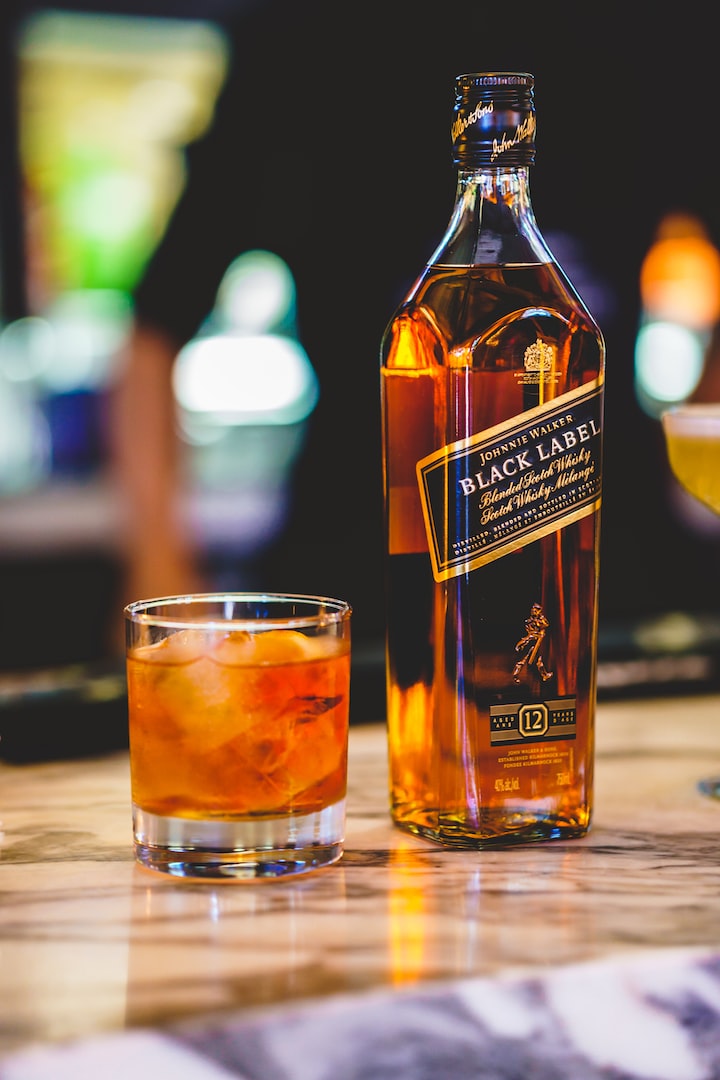 Photo by Brian Jones on Unsplash

What is the difference between liquor and liqueur, is an age old question asked by many people. Liquor, also known as spirits, is a distilled beverage that contains ethanol. Liqueurs are sweetened alcoholic beverages made from distilled alcohol and flavoring ingredients such as fruits or herbs. A key attribute of liquor is that it's typically consumed neat (without ice or mixers). Another distinguishing factor is that liquors tend to be strong due to their high alcohol content; they're often 40% ABV (80 proof) whereas wines can range anywhere from 8% ABV (20 proof) to 20%. So, the alcohol percentage for liquors ranges between 20% and 50%, while liqueurs have an alcohol content of less than 20%. Some common examples of liquors include vodka, gin, whiskey and tequila. Examples of popular liqueurs include Bailey's Irish Cream and Chambord raspberry-flavored fruit liqueur.

The method of distilling liquor is similar to that of making wine or beer, but liquor is distilled at a higher proof. The distilling process includes such steps as crushing and fermenting the ingredients, cooking them to release their sugars or starches, distilling alcohol from it by heating in a still (a large kettle), cooling off the resulting liquid to condense its vapors back into liquid form, and aging. Liqueurs on the other hand, are made using distilled spirits as well as other flavoring agents such as fruits, herbs and spices that give liqueurs their distinctive flavors. Liqueur is sweetened with sugar syrup or another simple syrup base before being flavored with essences and various fruits etc. An example of an herbal based liqueur would be Amaretto which was originally created from crushed apricot kernels but now tends to use artificial flavorings instead.

Liqueurs are sweetened spirits flavored with fruit, cream, herbs, spices and other botanical flavors. They are typically high in sugar and low in alcohol content. The origin of liqueurs can be traced back to the Middle Ages, when monks were producing herbal remedies with medicinal properties. Liqueurs are typically fruit flavored with the infusion of many tropical fruits such as pineapple, passionfruit, strawberry, mango, and apricots. In addition, they also use chocolate, coffee, vanilla, and spices such as cinnamon. Liqueurs range from neutral to sweet in flavor with the sweetness level between 15% - 55%.

Some of the most popular liqueurs include Chambord raspberry liqueur from France that is mixed with champagne to make a Kir Royale cocktail; Irish cream made from whiskey-flavored syrup combined with cream or milk; and Schnapps, which is flavored by fruits such as melon. Other popular types of liqueurs include Creme de Cassis, Creme de Menthe, Creme de Cacao, and Creme de Violette.

Liqueurs are generally used in cocktails, desserts, sweet sauces and as an after-dinner drink. Many summer desserts are made using liqueurs that are able to enhance the flavors of the sweet dishes. Liqueurs can be served as a digestif drink after meals, or enjoyed on their own. Liquor is also used in cooking to enhance the flavors of meats, deserts and others. Most summer deserts are made using liquor that helps create scrumptious treats but these drinks should not be consumed by children or pregnant women because they contain high levels of alcohol which can harm them.

Although liquor can be served neat or on the rocks, it's usually mixed with other ingredients to create cocktails. Liqueurs on the other hand, are better served mixed in a cocktail as they are able to enhance the flavor of the cocktail. Fruity tropical liqueurs are great for making delicious twists of many popular cocktails, and as an added benefit, it is much easier to make the beverage using liqueurs because you don’t need to pull up all the other ingredients, since liqueurs contain most of the required ingredients within themselves. For examples, if you want to make a Passionfruit Mojito, then you can simply use a passionfruit liqueur for it, which will bring in the sweetness of the passionfruit as well as the strength of the vodka or cognac that is already in it.

Some popular liquors include vodka, whiskey, rum, gin, tequila; whereas some popular liqueurs include Kahlua coffee liqueur and Bailey's Irish Cream. Popular brands of liquor include Smirnoff, Jack Daniel's and Absolut Vodka, while when it comes to liqueur, the more popular brands include Bailey's, Campari, Sambuca and Amaretto.

Liqueurs are very versatile, because you can use them in many ways; as an after-dinner beverage, include it in cooking (desserts, cakes and puddings) as well as to make deliciously easy cocktails. The exquisite taste of these liqueurs is derived from the fresh fruit used in its making, which is another reason they are fantastic for fruity desserts!

More stories from Georgie Hawthorne and writers in Proof and other communities.