by Brandi Johnson 16 days ago in humanity

and an uncomfortable realization 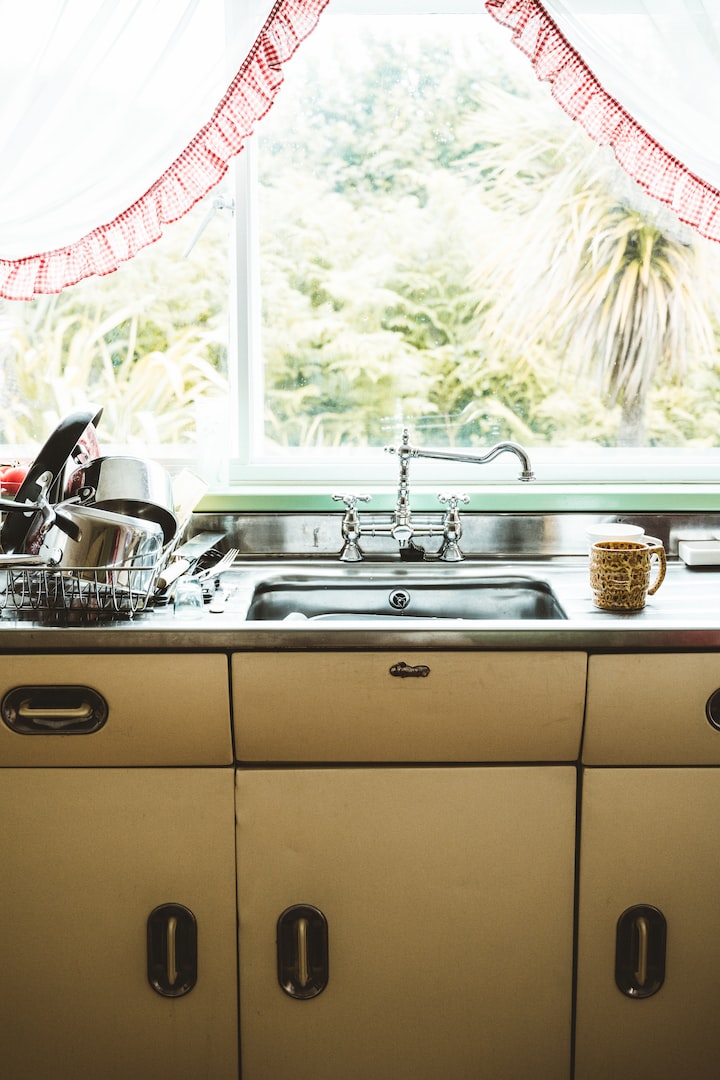 I stood at the kitchen sink with a mint green Yeti mug in my hand. I had intended to pour out the remnants found within, but found myself frozen in an unfamiliar, uncomfortable situation. I was internally fighting the urge to drink it.

It being a leftover margarita from the night before.

Did I mention that it was also 8:30 in the morning?

Good moms don’t drink alcohol at 8:30 in the morning, I told myself. Especially when there are zero plans for any kind of neighborhood festivities or parades or any other normal excuse for drinking.

Another part of myself whispered silently, But it smells good and it tastes good. Plus, I am so fun when I drink! The kids will probably like me more if I drink this.

The pull is strong. I can almost feel my shoulders relax with the thought of drinking it.

And no one would have to know...

Nope, Brandi, don’t drink this, my rational mind again urges. Alcoholics drink secret margaritas at 8:30 in the morning on a seemingly normal Sunday. You are not an alcoholic.

I inhaled sharply at that last statement.

Was I an alcoholic? This situation certainly did not seem to bode well for my future with alcohol.

I pieced together the previous evening. My husband and I had been drinking at our neighbor’s house. I had taken our three children over there before my husband, Brandon, had gotten home from work. I was half tuned-up by the time he arrived.

I continued to drink after he got there. My friend, Tay, and I always had a great time talking about life and found countless reasons to laugh. It had been a fun evening. I probably had had at least 4 margaritas and 2 or 3 White Claws in total.

I think I had supported myself with the stroller as we walked home. Our sons were 7 and 5, our daughter was 2. I had asked my husband to carry our daughter upstairs while I fumbled through the boys’ bedtime routine. Quick snack and vitamins, brush teeth and bed. Then tried not to pass out on the floor of their room.

I had woken up in bed that morning, not entirely sure of how I had gotten down the stairs. Things were hazy and my head had been hurting but I was, embarassingly, surprised I did not feel worse.

Looking further back, I realized I had been buzzed, if not drunk, at least three other days that week. I worked part time and had started drinking on the evenings before my days off. We typically drank with our neighbors every weekend, one or two nights. Four houses took turns hosting, the kids would play while the adults would drink.

It was not uncommon for me to black out a couple times per month, but at the time it did not seem like a big deal. Sometimes one of our neighbors would puke after a get-together. I had not puked in years, so I must not have a problem. Although maybe it would have prevented some of the brutal hangovers I have been having, I thought.

Am I an alcoholic? I wondered again, concerned. Maybe I can just drink one or two instead of 5, or 6, or more.

Now you’re lying to yourself. You know you can never stop after one or two, the snarky inner voice reminded me.

“Hey, what are you doing?” My husband asked, pulling me back to the present moment.

I dumped out the margarita before I could change my mind.

“Just doing some dishes,” I replied, keeping that internal assessment to myself.

“Okay, we should be leaving soon.” He responded.

I looked at him in confusion.

“Oh, right. Okay. I’ll finish this and get ready.” I said and smiled at him.

Thank God I had poured that margarita out, I thought. It was Saturday. I did not need to be buzzing at my kid’s football game on a Saturday at 9am.

It was autumn in South Dakota. Sweatshirts and stocking hats were required, as were snacks. Lots and lots of snacks.

After the frenzy of getting the whole family ready and loaded in the minivan, we took the short drive to the field. My dad was meeting us there. My mom was out of town.

My dad is what I consider a functional alcoholic. For as long as I could remember, he drank every day. The only exception had been when he was on parole for one of his DUIs when I was in high school. I figured if anyone could understand what had happened that morning, it would be him.

My son was only 7, which meant he played flag football. There were no bleachers around the fields, so the spectators were spread out on the sidelines. With my husband coaching and my two younger kids running around on an open field, I took a deep breath and started the conversation that I had been both dreading and looking forward to. Maybe this would make me feel better. Maybe he would tell me it was fine, that I was fine, and that I didn’t need to worry.

He looked up and furrowed his brow when he noticed the serious tone, “Yeah, honey.”

“So. I know you have had some issues with alcohol. But do you feel like you can control it?”

His eyes opened a little wider. I had surprised him with the topic.

He answered with a question, “What do you mean?”

I explained what had happened that morning with the leftover margarita, how difficult it had been to fight the urge to drink it.

He tried to hide his shock. “Whoa.” He paused. “No. I have never had that happen.”

“Oh.” I said, feeling ashamed and stunned. “I guess I need to be careful then.”

“I guess so,” he replied and turned his eyes back to the football field.

Shit, I thought. That certainly did not go how I thought it was going to. I had come to him looking for wisdom and all I did was freak him out. Shit.

Now I knew. I was losing control of drinking, or perhaps had already lost control. I was worried about the impact I could be having on my kids now that they were older and observing my slurred speech and occasional stumbling. I had some less than glamorous memories of my dad’s drinking as a child, and as an adult.

I wanted to change this path I was on but how could I do that. And am I strong enough to change when I live in a neighborhood that bonded over alcohol? I wondered.

Probably, but I would need a plan. And some backbone to see it through.