The Hype of ‘Hangover IV Lounges’- Are they worth it?

by Jen about a month ago in review 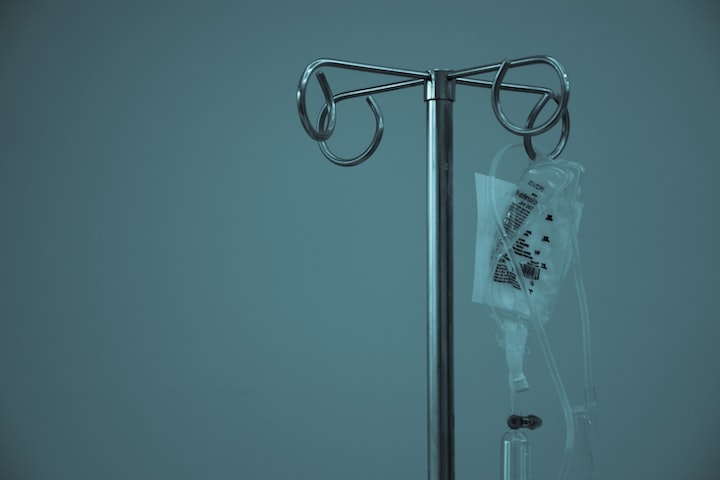 It’s no secret that most of us like to enjoy a few drinks during the week, as a way to unwind. Sometimes we get a little carried away and before we realize it, we’re throwing shots back like it’s our 21 run all over again. The next thing we know, we’re waking up with a pounding headache, cottonmouth, and worst of all, regret. We’ve tried the water chasers, carb-loaded breakfast and popping pills before bed, but none of these do much to make a difference. What if we could walk around with an IV all day long? Or better yet, have one come to us and in 30-60 minutes, feel as though last night never happened?

The History of the IV for Hangovers

The idea of treating hangovers with an IV drip came in 2012 when an anesthesiologist started “Hangover Heaven” in Las Vegas-a mobile IV unit that would come to your hotel and provide IV therapy in an attempt to reduce hangover symptoms. The idea became a success and the expansion of the IV lounge has grown in the last (almost) decade, hitting coast to coast. IVs are great for treating many symptoms, including rehydration, replacing vitamins and other deficiencies. An IV contains a mixture of the fluids, electrolytes, vitamins, and other medications needed for an individual such as anti-nausea and anti-inflammatory. Because IV’s treat these symptoms so well, they’ve become the trending solution for party-goers when they’ve had a few too many alcoholic beverages.

Hangovers are caused by both dehydration and nutrient depletion, which happen when a person consumes excess alcohol. The most crucial components to recovering from a hangover are the 3 R’s: Rehydrate, Remove and Restore. Rehydrating our body is the most important because we cannot function otherwise. Next, we need to remove the toxins that were built up in the body by alcohol consumption. Last but not least, the nutrients that were lost during the night of heavy drinking need to be restored.

Feeling back to yourself in less than an hour sounds great, but the price will have you wishing that you were still too drunk to remember. An IV lounge experience can cost anywhere from $80 to almost $1,000 per session. Different companies have separate packages and add-ons, but is it worth it for one hangover? Business Insider’s, Christian Storm, tried this experience for himself, combining multiple hard seltzers with shots as an experiment the night before. In the morning, while waiting for his IV nurse to arrive, he unsurprisingly experienced quite the hangover. His “Super Package” contained saline infused with electrolytes, B-12 and B-complex injections (for the immune system and energy). All of this in one banana bag for the low price of $219. After the IV, everything seemed as if there was no alcohol to begin with, that is, until the afternoon.

Storm claims, “As the day wore on, I began to feel very queasy and experienced a bit of heartburn. I also felt like I was overheating at certain parts of the day. Later in the afternoon, I started getting an upset stomach. I wasn't feeling too hot.”

Many studies question the fact that a placebo effect may take over the actual science because people assume they are receiving this care that medical professionals use to help patients with the same symptoms of nausea, dehydration, headaches and more. Even if it does prove to be effective for some, it isn’t the safest choice to make when it comes to treating a hangover. Having an IV administered has to be done by a medical professional (ie. Nurse, doctor, EMT), and even then can still cause complications, including scarring, infections and bleeding.

Overall, the experience of an IV therapy lounge sounds intriguing and if I have a few hundred dollars to mindlessly spend, I’ll probably try it out. Until then, there are much cheaper, more effective ways to practice healthy rehydration after drinking, which will help relieve some of those hangover symptoms. Drinklyte is just as effective as an IV, following WHO’s same formula for Oral Rehydration Solution (ORS), while staying cheap and convenient with subscriptions, so that prevention is waiting for you when you’re ready to drink.