I Never Really Cared for It

by Debra Rogers about a year ago in literature
Report Story

Would you blame me? 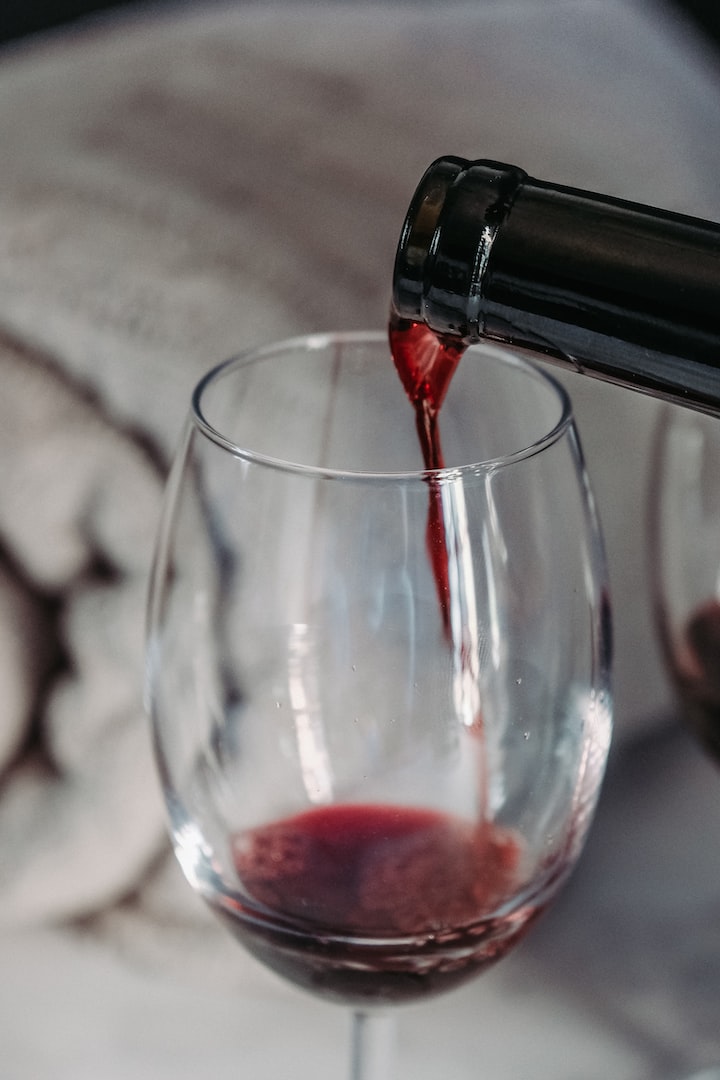 My first taste was of homemade elderberry wine warmed up in a tin saucepan on the huge monster of a stove in the kitchen of my great grandmother’s house. She would stir a dollop of vapor rub into it until it melted, and if she had it, she would finish it up with some fresh lemon juice. This was her remedy for me at the first sign of a cough or the sniffles when I was a little girl. She would carry it to my bedside in a flowered china cup her mother had brought with her from the “auld country” and she would feed it to me from a tiny silver spoon. In her house wine was kept for medicinal purposes. No, I never really cared for red wine.

When I was a little older, at the big, noisy family dinners on my mother’s side of the family, I was "treated" to the occasional taste of wine from my uncle’s garage. I don’t mean he kept his wine in the garage, I mean he made his wine in the garage. It was kept in huge two-gallon glass jugs lined up against the wall, along with the weed killer, motor oil, turpentine and half-used cans of paint. And it wasn’t so much “red” as it was “purple”. At the dinner table it waited opaquely in the bottom of my Wilma Flintstone jelly jar glass for me to take a sip to wash down my ravioli. While the laughter and conversation swirled around me, I sat like a lump trying to figure out how to get out of drinking this wine without hurting my uncle’s feelings, or how to make it look like I drank the wine, or how to make it look like I accidentally spilled my wine; anything to get out of drinking the wine. No, I never really cared for red wine.

Later still, at nineteen, I married a young man I had met on a blind date. My new husband was in the Army and he was assigned to an Army base near Stuttgart Germany, and so I moved overseas to be with him. As everyone knows, Germany is famous for its beer, and I fell in love with it, head over heels in love. And I was quite literally head over heels too many times after a night in a local brewery. So I made a decision to stop drinking so much beer and switch to wine. Luckily for me, as I never cared for red wine, Germany has a multitude of white wines to choose from! Of course we were still quite young, and quite poor, so the white wine we could afford to buy from the Kaufland came with a little plastic black cat tied to the neck of the bottle. It was cheap and plentiful, we liked it just fine. However that particular wine was never on the menu of the restaurant or Gasthaus we could go to for dinner on special occasions. So I would order a less expensive wine, like a Spätlese or Kabinett Riesling, and to this day, I still prefer my white wine dry rather than sweet. Alas, as time went on, just as my love affair with beer ended, so did the love affair with my husband end, and I moved back home, still young, still poor. It was before the days of "wine bars" where singles would blithely slide up to the bar and order a glass of chardonnay. The only wine I could afford back in those days came from the liquor store and tasted to me like spoiled strawberries or was nicknamed “Mad Dog”. No, I never really cared for red wine.

So I settled into a steady job, something to keep food on the table and to pay for my passion. I turned my spare bedroom into a studio of sorts, and painted on weekends. I was content to carry on this way for years. Eventually I joined a group of women who met once a month to paint at a park or the zoo, or the botanical gardens. We encouraged each other, critiqued each other, and eventually one of the artists, even though she was quite a bit younger than I was, became my best friend. Stephanie told me once that painting was the only thing she did that she didn’t have to do all over again the next day, like cooking, cleaning and laundry, but that still she loved being married and having a family. She often asked me why I never remarried. I would just laugh and ask her to show me where I would find the time!

But last Friday night Stephanie called me and said, “Don’t say ‘No’…I am celebrating the sale of a painting and I am picking you up tomorrow night at 7 for dinner at Delaney’s.” The next evening, she picked me up as promised, or threatened, depending on how you looked at it, and we caught up on all the latest family drama on the way to the popular restaurant. When we got there, she pulled up to the front and told me to go on ahead while she found a place to park. She said the reservation was in my name, and that I should ask the hostess to go ahead and seat me while I waited for her. So I walked in and told the hostess who I was, and she found my name on her list and asked me to follow her to the table. When she stopped at the table there was a man already sitting there. As I turned to tell her that there must be a mistake, he stood and said my name. He came around to my side of the table and pulled out my chair and said, “I’m Bryan. I’m so glad you made it. Stephanie wasn’t sure you would agree to a blind date.” Well I started laughing and explained that I had not agreed to any blind date, but that our friend Stephanie had apparently missed her calling as an agent in the CIA, as she was quite an accomplished liar. Bryan sat back down and started pouring a glass of Bright Cellars Merlot for me before I could say that I never really cared for red wine. I didn’t want to be any more graceless than I’d already been so far on our “date”, so I let him finish pouring and when he proposed a toast to “lying friends”, I clinked glasses and took an obligatory sip. It was an unexpected delight; delicious and refreshing, but with an underlying complexity that unfolded as that dinner went on that made me want more.

Same thing with Bryan...I'm seeing him again Wednesday night and I can't wait to see what unfolds!

More stories from Debra Rogers and writers in Proof and other communities.