History of Wine and Church

by Cato Conroy 3 years ago in history / wine

We can thank Heaven for wine, as we learn in the history of wine and church.

The church is not exactly what most people would think of when they are asked to name a champion of partying. However, it'd be a lie to say that the often straight-laced church didn't have a major contribution to the modern bar scene.

Had the Christian church not existed, wine as we know it may have been lost to history.

They made wine and preserved the winemaking for all of us to enjoy. They also helped preserve the art of making beer. Without the church, much of the booze that we end up drinking today wouldn't exist. That's why the history of wine and church membership are such a great pairing, and why you should know about it.

Right From the Beginning... 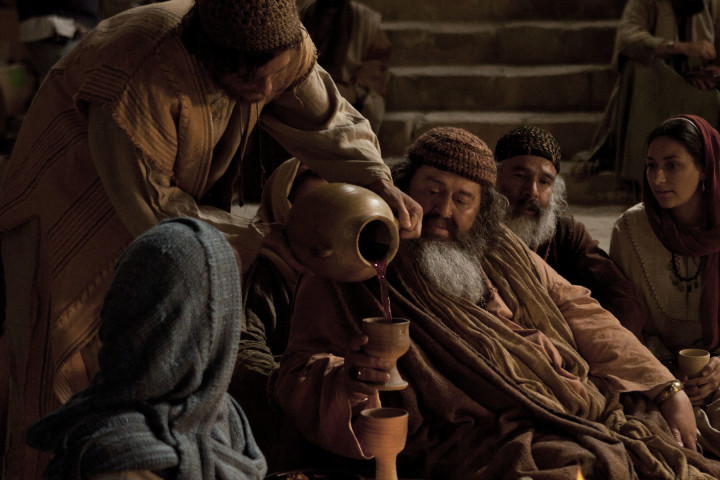 Christianity has always had wine involved in its history, even before it was a fully organized religion. This is because the religions that Christianity developed from also had a love for wine that permeated their religious observances.

While you may know about the "mandatory wine" for Passover, you might not realize that Ancient Egyptians actually had a religiously mandated monthly party known as "The Day of Intoxication" as a way to show respect to Hathor, the god of wine.

Wine was everywhere, and it's not surprising to see that Christians themselves ended up following suit. In fact, one of the alleged miracles of Jesus is that he turned water into wine.

Even in the Bible, there are dozens upon dozens of references to wine. It's symbolic as a blessing from God. The Bible talked about celebrations involving wine, and also used wine in a number of metaphors. The more you read the Bible, the more you see about wine.

The history of wine and church involvement are inextricable like that—but make no mistake about it, Christianity also wasn't going to turn people into alcoholics. In the Bible, some passages actually warned people against drinking too much wine. One would also expect most church officials to do the same in person.

Wine's importance even can be seen in religious gatherings. The most famous Christian ritual is the eucharist, which involves people drinking wine and eating bread as a way to show how Jesus saved them. Considering that this is a sacrament for Christians, it's easy to see why the history of wine and church activities became inextricably linked. 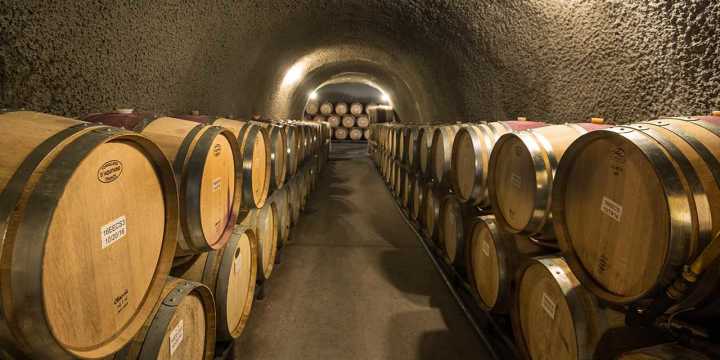 As most people already know, wine was very popular in Ancient Rome, which is where Christianity really took off. Though there were Christian sects that did call for wine abstinence, most of the time they were in the deep minority.

That being said, many church officials also began to grow their own wines as a way to help make a little bit of cash. One man known as Saint Martin of Tours went so far as to spread both vineyards and Christianity at the same time.

By the time the Dark Ages came by, most of the vineyards in Europe were owned by monasteries, church officials, and the wealthy. Monasteries became known for producing the best wine—even making it a part of the monastic lifestyle.

In many parts of the world, Islam began to take footing. Unlike Christianity, Islam bans the use of alcohol, and this would have posed an obvious threat to wine.

When Islamic groups would conquer an area, many people cited Christian beliefs as a reason to preserve vineyards. Since the Qur'an states that Christians and Jews should be protected under Islamic rule, no harm could be done to vineyards by officials.

As years passed, the need for wine became more codified. New holidays began to require wine, too. In many sects of Christianity, mandates were passed that required sacramental wine to be pure grape wine. As a result, vineyards flourished.

The history of wine and church activity in America is just as pro-liquor as you'd expect it to be. 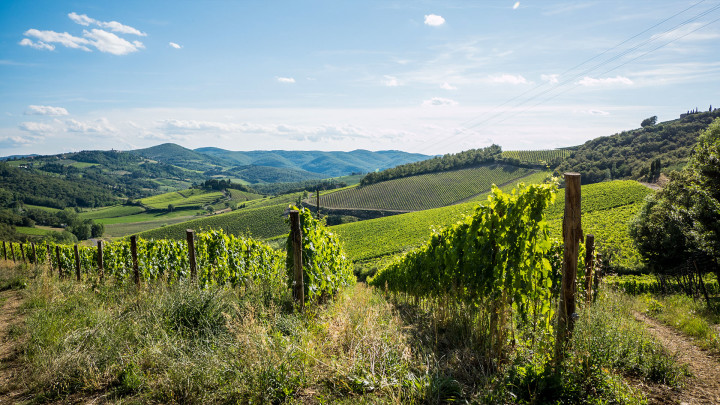 When the Pilgrims first landed in Massachusetts, one of the first things they did was start to grow grapes for wine. Winemaking quickly became an American thing, too. In areas of the Midwest, German churches were the ones to become staunch wine supporters.

Jesuit Priests also brought winemaking to California and the Baja part of Mexico, as well. Throughout the Americas, it was Christianity that brought wine to the culture.

As you can imagine, this would have caused serious problems during Prohibition. However, this is where a lot of people underestimate the awesomeness that was the church's ability to sidestep the law...

During the American Prohibition, officials who knew about the history of wine and church activities realized they couldn't pass a full ban on drinking. 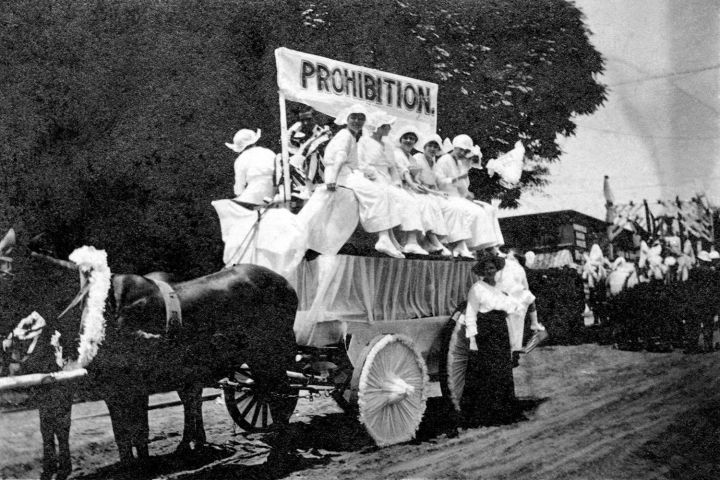 In order to actually enact Prohibition, the US government had to find a work-around to enable both Christian and Jewish churches a way to get their wine fix. Conservative Protestants actually protested it, and tried to convince lawmakers that it was a "mistranslation" involving grape juice instead of wine.

The work-around passed, which allowed churches to have wine when other parts of the country couldn't. The only wineries that were in America were the ones that were allowed to sell to churches—and only churches.

Had the law's loophole not been passed, American winemaking would have screeched to a halt. That also means that the vineyards supplying the grapes would have suffered. During Prohibition, grape production overseen by the Roman Catholic Sacramento skyrocketed by 700 percent.

There's no real legitimate reason why you would need to have so much wine for communions. Clearly, having friends at church would mean that you would get access to better parties.

Interestingly enough, it was the Christian church that seemed to celebrate the most when the American Prohibition ended. This was because people kept stealing wine from the church during the Prohibition Era—and at times, it led to the loss of priest lives.

Nowadays, sacramental wine is less than 0.5 percent of all wine sold in the US. Who'd have thought that such a small sliver of commerce would be what saved American winemaking during Prohibition?

The bottom line is that the history of wine and church activities spread wine's use, popularity, and cultivation—and even saved it, at times. 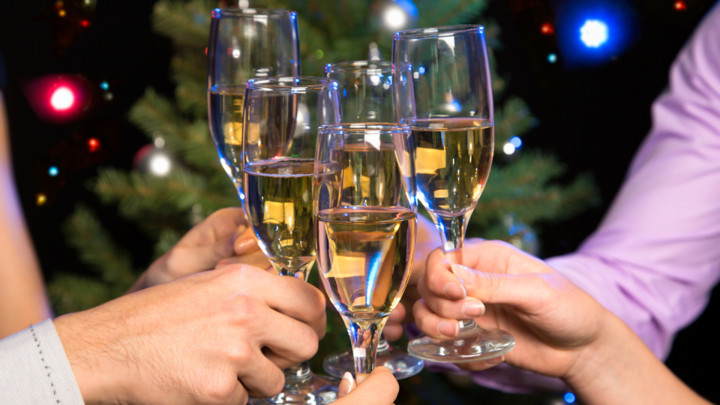 Church history isn't always that exciting, but we can't help but be excited by the fact that churches preserved winemaking for us to enjoy today. If wine and growing grapes wasn't such a prominent part of Christianity, there's no saying it wouldn't have fallen to the wayside over the centuries.

So, go ahead and raise a glass—and praise Christianity for helping us keep one of the greatest drinks to ever be made.