by SKYLERIZED 8 days ago in wine

How can a hedge fund manager go through with an unusual date? 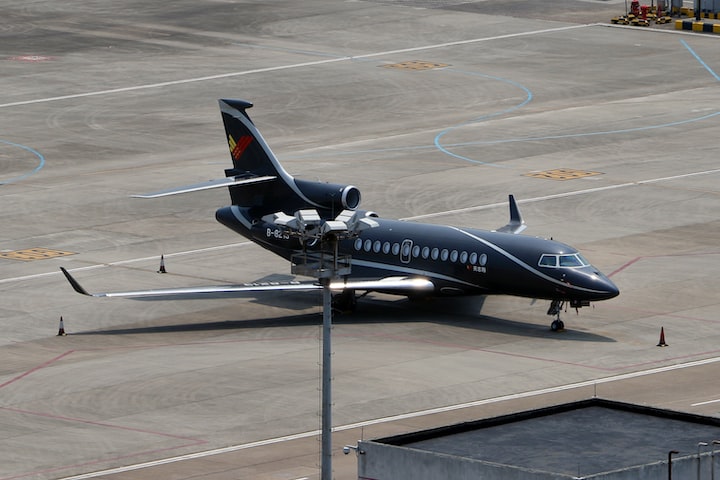 The personal jet sat on the runway in New Castle, Delaware. Twenty-four year-old Wilmington hedge fund manager Lenden Sill fumed. Lawyer Karita Virtanen sat across from him while his oak-colored skin soaked up the sun. Her own skin glowed white in the early morning rays. They fussed.

“This is our first date, goddammit!” Sill said.

“I swear if I have to repeat myself one more time….” Sill continued.

Karita unfolded her arms, and waved them about as if she were swatting at a swarm of flies. “Repeat away! I don’t care.”

Flight attendant Bella Campbell came through with a bottle of Merlot. She poured a glass for Karita then Sill. They looked at each other and rolled their eyes. Skipping their usual swirling and sniffing, they just drained their glasses and continued venting.

“Another?” Sill asked rhetorically, before pouring them each another glass, which they downed even more quickly than the last. They turned and faced the windows. Just then, Captain Todd Moss walked down the aisle to their seats and said,“Ms. Virtanen, Mr. Sill, we’re running a tad late,” said Captain Moss.

“About forty-five minutes, but we’ve got enough food and beverages, and I can link up the satellite so you can watch the news.”

“It’s fine,” he replied, shooting a glance at Karita. While he was speaking with the captain, she’d ordered another glass of wine. Wanting to keep up, Sill motioned to the flight attendant for another glass as well.

“You know that there’s going to be a team of lawyers in that boardroom on Monday, right?” Karita asked. Her voice subdued, but even.

“Hey, whether or not you want to accept it, I’m trying to protect you,” said Karita, taking another sip from her glass.

Sill motioned again to the flight attendant to top-off his glass, then said,

“Thank you,” Stabbing his smartphone with his finger, like it was a tough steak, and it was a sharp knife.

“Okay, so we get past the first round of goofy attorney goons and then I’m in the clear.”

“You can try to hang all the lawyers you want, but they're going to argue about how much rope to use.”

Just then they heard Captain Moss from the cockpit, “Mr. Sill, Miss Virtanen we should should be up in the air in about fifteen minutes.”

Sill sighed from exhaustion. Karita motioned for another refill. The two of them looked at each other.

“For the next few moments. Pardon me for being so irritable earlier,” Sill said.

“I can take the blame for being so irritable, too. Let’s start from the beginning, okay?” Karita asked.

“I wanted to say that as a lawyer and if we can get this right, girlfriend, I am here to protect you from those ‘goons.’ I’m leaning towards the former when I say this.”

“But shouldn’t you recuse yourself? It would be unethical to do anything otherwise.” Sill took Karita’s hand and kissed it.

“I know that we can function together. I won’t be your direct lawyer but I can provide you the support you need in order to get through this ordeal. All we have to do is integrate our business and professional lives together. Make sure one doesn’t drag down the other.”

Karita stuck out her hand and asked, “Deal?”

“The temperature is sixty seven degrees outside and we’ll be taking off shortly,” Captain Moss said.

The couple looked at their phones with their one hand and let the other hand come together in the aisle. They looked up from their screens and smiled at each other.

“This is nice,” Karita said.