As a child I always loved creating games. Is it because I love control and also talking and telling others what to do? It's possible. But whatever ✨ That's for another time. 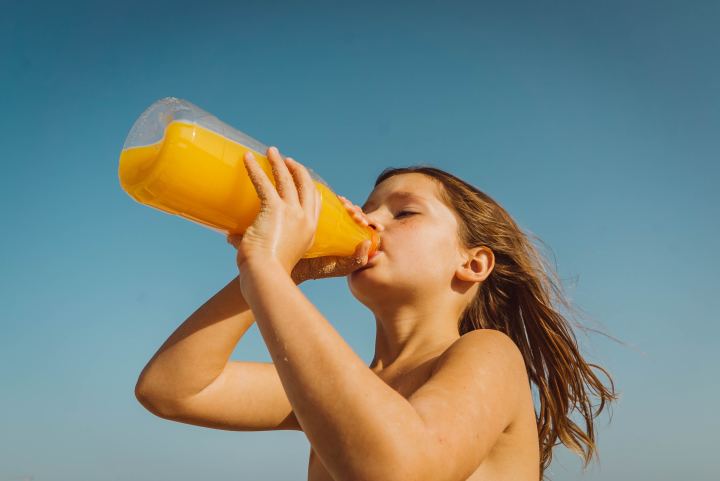 Photo by Piotr Chrobot on Unsplash

An Artists depiction of me chugging OJ at 5 AM

First off, let me make a disclaimer of sorts.

I don't drink to excess regularly. But when you, do it's undeniably fun to play games at the same time!

Oohkayy. So I know my life kind of has more feet in it than usual right now (Maybe you don't know that, but for some reason its what's happening), BUT this game has been really fun both times I've played it :)

The premise is very basic. One player uses their phone to find a picture of a person with bare feet. Typically its easiest to use celebrities or wikifeet. After zooming in on solely the foot/feet in the photo and showing it to the other players, everyone takes a turn guessing if the feet belong to a woman or a man. If you're right you win, wrong you drink.

At the end all is revealed; both a strange intuition you didn't know you had, and the true meaning of Christmas.

Obviously not really, but go check out Oprah's feet if you are at all curious👀

This is a game for musical friends! Or for friends who enjoy forcing their tone deaf friends to sing I guess 🤷‍♀️

This game consists of players taking turns naming a word or phrase in a song. Each time a different commonly known song or phrase is chosen. For example, the last "any way the wind blows" in Queen's "Bohemian Rhapsody." On the count of three, all players will sing the word or phrase in the song, or take turns singing depending on the amount of players.

The winner of the round is determined by comparing everyone's singing with the real version of the song played on someones phone or computer. The person/people who were most on pitch win!

THE GROUP DRANK (My Favorite)

This first game is a mix of a straight face/poker face challenge and a pure guessing game of chance.

You get a group of at least 4, but preferably more people. Everyone will need a little piece of paper, a writing implement and a drink. While sitting in a circle, you set a timer for the first round, 1-2 minutes. While the timer is going, you all sit in silence and attempt to write the name of the person who you think will write you down that round. Basically you pick one person in the circle and write their name by the end of the time.

While writing, it is important to try to keep your face from betraying who you are writing down 😐 because if you broadcast it then it is easier for others to win!

At the end of the timer everyone can take turns revealing to the group who it is they wrote down. If both people succeed and write each other down, they both win! There can be multiple winners and losers at the end of each round.

Losers drink and ask themselves if this experience is really what you're looking for out of life.

End of the Road

So these are just a couple recently invented games, nothing too serious or strategy heavy. Whether drinking or not drinking, I think there is a lot of potential in them for laughs, and maybe some inspiration.

Are you a cashier? Try to guess the age of every bald person you check out that day. Or rank them on a big dick energy scale!

Honestly you may never know the outcome to games that have no meaning, but it could still give your day a little more of that Ii'm a freak and i like it" feel 😉

See all posts by Prudence is Late →