by SKYLERIZED 15 days ago in wine

How well do you know wine? 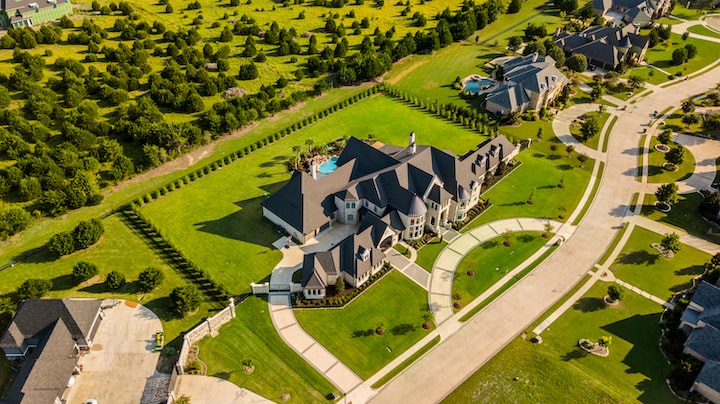 Photo by Daniel Barnes on Unsplash

The workers stretched starched, white gloves on their hands. They transported the bottles, and carefully placed them in separate cases. Sixty three bottles made up a wine collection worth $5.3 million.

“You see, I know the soil. I know what deep, sandy loam can do to the wine,” said the forty-eight year-old teak-wood-colored billionaire Arlo Warrick. A black blazer, blue t-shirt, and black sneakers with white soles showcased his low-key style. “You’re an oenophile.” He looked around his mansion in Newark, Delaware and sighed.

“Yes, I love wine and can pair it,” twenty-nine-year-old model Velda Zachary said. The color of an acorn, she sat across the table. A little black dress adorned her thin and healthy-looking frame. She wore pink pumps. She smiled. The table where the two sat was adjacent to the cellar door.

“Do you know the regions?” Warrick asked.

“Do you contemplate the region and temperatures most effective for growing Sauvigon Blanc?” He laid his hands flat on the table.

“Bordeaux, and you don’t even know what a GST is.”

He raised his eyebrows. “You must have read my book.”

“I do my research. Have you forgotten you were a billionaire?” Velda asked.

“Not for a moment,” Warrick said. The men continued to package up all the bottles of wine.

“It’s not that big a deal. Connoisseur. Oenophile. It’s about the wine. I know the wine and love it, as long as you love it....” He turned his head. “Keep the cases together, gents.”

“So on our first date, you’re just going to draw the distinction between those who know and love, and those who just have an affinity for the sauce,” she said.

“Millions of people are trying to get off it,” she continued.

“Yes, booze, spirits, beer, liquor. Call them that name, but not vino. You can appreciate it without drinking it,” Warrick said.

“You say vino like it’s chocolate on your tongue,” she said.

Velda said, “I could rattle off the pairings, and the serving temperatures, and the correct way to hold the glass….”

“And you still wouldn’t be amongst us,” he said.

“I didn’t say that,” Warrick said.

“You have love and knowledge. That’s still admirable,” Velda said.

“Absolutely. By knowing, you can better appreciate the pairings, serving temperatures, and how to properly hold a glass,” Warrick said.

Velda looked up at the ceiling of the wide open kitchen, which featured an island so large, it was practically the size of an actual island. The backsplash, countertops and floor were all done in Calacatta gold marble that covered the area like moss in a forest. The space was bathed in just enough light to accentuate the uniqueness of each slab of stone.

“So why put all this wine up for auction?”

“Most of it. I thought it was time to clear part of the cellar.”

“C’mon. Why get rid of some of your precious vino?” Velda asked, her right fist on her chin.

More men filed by bearing cases. Warrick motioned to one of them.

Warrick lifted a bottle from its case.

“Ahh,” he held the bottle like a newborn, his left palm at the heel and his right palm supported the neck and finish. “This is a 1990 Merlot. Thirty one years old. It’s older than you. Allow me to get some glasses.” Warrick strode over to his mahogany cabinets. He returned to the table and placed a glass in front of each of them. He poured a glass of Merlot for her first, and then filled his own glass. They both swirled the glasses and brought them to their noses.

“I know the exact GPS coordinates of where this wine was produced,” Warrick said. He swirled and smelled again. “Right Bank of the Gironde Estuary.”

“550 grapes make up this bottle. Is it snobbish? Maybe. Rewarding? without question. But why am I selling them, you ask? I’m trading with the best connoisseurs in the world. That’s satisfaction enough,” Warrick said. They clinked glasses and sipped.

“This is good,” Velda said.

Warrick scoffed. “You say a dog is good or a day with a strong market is good. This is exquisite.”

“Okay, exquisite,” Velda said and imbibed some more. She smiled.

“I could teach you, but you know I am a businessman, and would have to charge you for a course in wine connoisseurship. A book is not enough,” Warrick said looking up at the ceiling.

“You’re teaching me right now. Why should I have to pay?” Velda asked.

He paused. “That’s a good point. You don’t know how right you are. The queen takes the king. Checkmate. Cheers.” They each sipped more vino.