SH
by Shaun Hall 4 months ago in humanity

A Story of Deano Moncrieffe 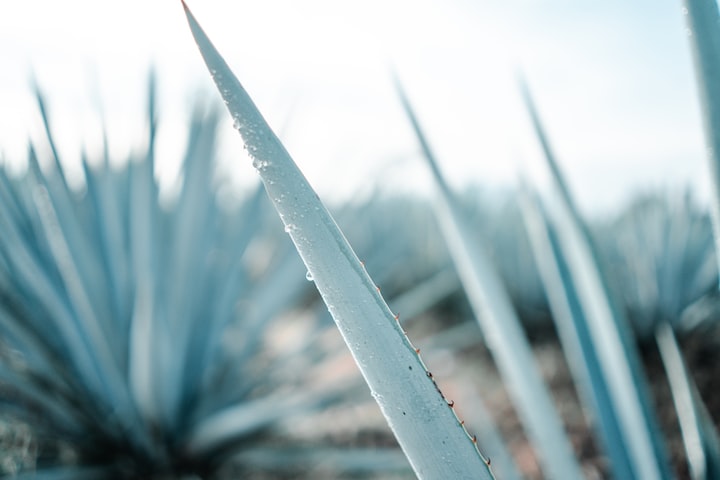 For what some would call the 'Marmite' of alcoholic spirits, tequila has seen a well-deserved surge in popularity in recent years. With A-list celebrities forging their own tequila brands, and consumers opting for more premium expressions, the world of agave (which includes tequila and its earthy cousin, mezcal) now presents us with a seemingly limitless realm of opportunity and exploration.

The resurgence of gin over the past decade has encouraged consumers to venture outside of their comfort zone, overcoming the previous perception of 'mother's ruin', and replacing this negative association with a newfound love for juniper-led spirits. Industry trends predict rum to be the rightful usurper of gin's throne, with its characteristic sweet taste and aromas that caress the confectionary-led palettes of the public. Tequila, however, stands strong as a contender for bartender's next preferential spirit; after all, these professionals are the drivers of the industry and consumer trends.

If we take a closer look at the world of agave, we observe producers exploring ancient and novel techniques of crafting agave-based spirits. Bartenders and mixologists are exploiting the various expressions that arise from such experimentation. Included in this is blending tequila and mezcal with other spirits, such as rum, or with less conventional, but highly familiar flavours, such as green pepper and strawberry, respectively. Employing such care and attention to detail when crafting mixed drinks has helped to instil a new appreciation for this category of alcoholic beverages in the public.

One man at the forefront of this spiritual rejuvenation is Deano Moncrieffe, who was previously known for his contributions to the world of agave as the Diageo Reserve European tequila ambassador. In addition to his extensive knowledge and charming personality, Moncrieffe is known for his passion for all things agave; therefore, it is only right that he (with the help of his incredible team) is the one to bring London's agave scene to previously unfathomable heights.

Hacha bar, on Kingsland Road in Dalston, London, has broken through the perceived sole belongings of tequila and mezcal as shots or constituents in mixed drinks. Instead, Hacha delivers a gastronomic experience in which guests can indulge in tasting flights of various agave-based spirits, paired with food to unveil a harmony between the expressions of agave and simple ingredients. The expertise of Hacha, London's only Agaveria, can be backed up by winning Time Out's 7th Best Cocktail in the World and Cocktail of the Year 2020 at the CLASS Bar Awards with their ever-delectable Mirror Margarita.

In addition to providing guests with a tasting of pure agave, Hacha's menu comprises a range of exciting, palatable cocktails, Californian wines, flavourful beers, and homemade Tepache (a non-alcoholic, fermented pineapple beverage). Moreover, Hacha has partnered with Maíz Azul, who provides guests with homemade Mexican street food that creates a synergy of authenticity with the drinks served here.

Of course, the prowess of Hacha alone is enough to elicit a sense of inspiration and excitement; however, Moncrieffe has worked tirelessly to better the industry in ways that reach beyond gastronomic adventure.

Following the incredible global movement of Black Lives Matter in 2020, Moncrieffe developed a project called 'Equal Measures' that aims to eradicate racism in hospitality. Moncrieffe shared that he has experienced racism during his career, and it is clear that he is not alone in this. The cultural diversity of the hospitality industry deserves to be celebrated, and people of colour should be supported by all in taking a stand against such prejudice.

Equal Measures comprises a triphasic strategy curated by Moncrieffe to actively combat racism in hospitality; this involves focus groups and discussions with drinks companies, brand ambassadors, influencers, and any other professionals who are willing to be a part of this movement. Moncrieffe has encouraged industry staff to educate their colleagues, managers, and consumers about how people of colour have positively influenced society, aiming to tackle the significant underrepresentation of people of colour in the industry. Finally, Moncrieffe plans to call on brand ambassadors to participate in community outreach and education of people in areas that will help to prevent racism from impacting people who are connected to the hospitality industry. Although these efforts are a seismic step towards eradicating racism from hospitality, we should treat them as primers to build upon with our own ideas, efforts, and actions.

This brief story of Deano Moncrieffe exemplifies how we can utilise our strengths and positions to change the world for good in various ways. Initiatives such as Equal Measures are essential projects that we should all support and get involved in, so we can work together to put an end to racism - not just within the hospitality industry, but throughout our society.