A Pink Jeffrey for Your Wild Side

by Ashley Rae 3 months ago in humanity

On the Rocks Challenge 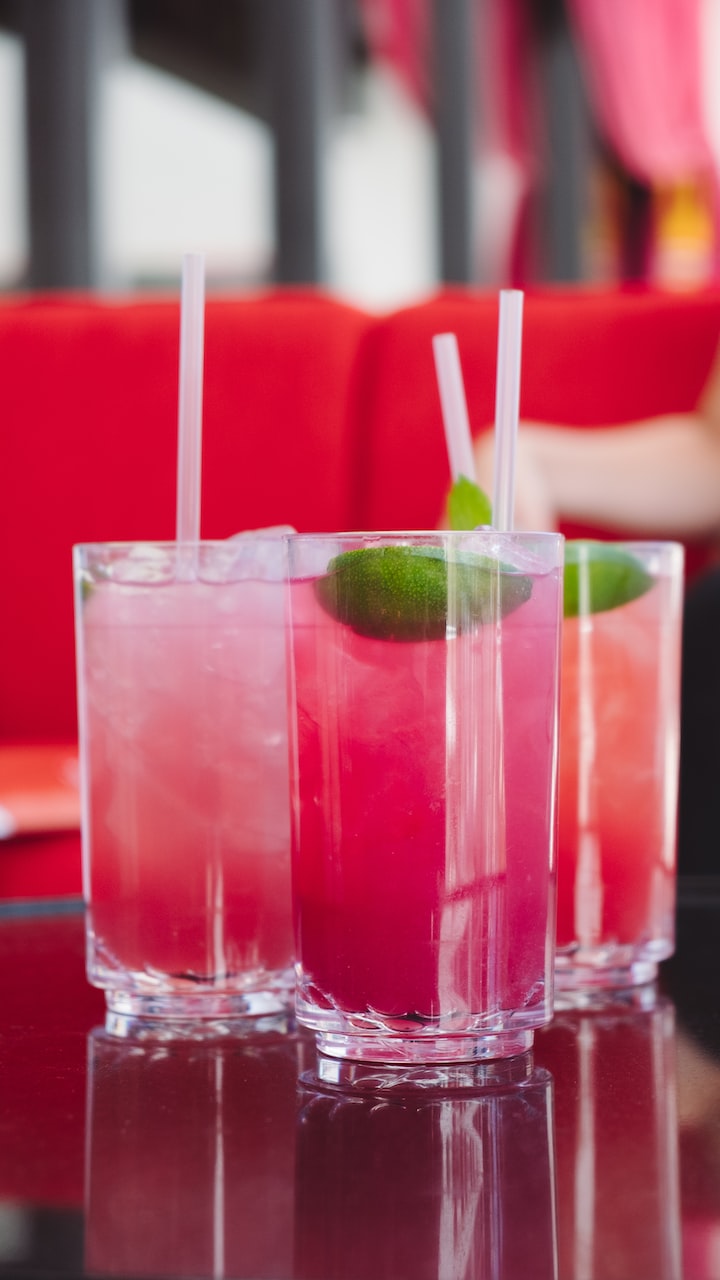 It all started in high school.

A group of my closest gal pals and I, snickering, circled around a lavish piece of glassware we stole from D's parent's fine China.

We had never indulged. We were young, 16ish, and eager to sip on the devil's nectar. Although naive, a couple of us had closely examined and inherited our mothers' zest for liquor through the years, and we knew how to use it.

One by one, we snuck different ingredients out of D's chefs-kissed kitchen in order to create the perfect, pinkest cocktail to commemorate our friendship of four.

A half empty bottle of Sprite was our first go-to. Familiar with the taste, we all agreed it was a good base for our concoction.

Hmmm, what next? Ah, D's mom's organic cranberry juice we found tucked in the back of her refrigerator... I mean, none of us particularly enjoyed cranberry juice BUT it was needed for our desired coloring. And Kay, the more experienced of the pack, also mentioned it may make us smell like a daisy down there!

After a bit of tiptoeing and trying not to make a peep in fears of getting caught, us teens grew more confident knowing we had not actually yet nobbled the forbidden fruit.

Though impressed by the looks of our fizzy pink dream so far, Lo demanded some more pizazz.

"Squeeze some lemon juice in it!!"

She demanded it and she was right, and I've been an avid lemon lover since.

Two sugary drinks down and a lemon later and us girls made some decent headway. However, before swiping the bottle of Malibu hidden in the locked liquor cabinet, we opted to roll the dice and mingle something a bit more unusual and atypical for what we had seen before.

A slight drizzle of that with the quick mix of a plastic Braum's straw and we were ready for a final step. Foot in hand, we jolted D up to reach the peak of our teen girl adventure and she picked the lock her parents believed was fool proof... Maybe she had done this before, I thought.

Anyhoosies, we crept down to the tile floor, poured what I now believe was the equivalent of half a shot (we were nervous) and stared at our rose-colored beauty.

Now it was time for the taste test.

One by one, we all took a sip from the decadent glass, pretending we were the spitting image of the Sex and the City ladies sipping a Cosmopolitan. Underneath though, I'm sure we were all gagging.

Way too much honey. But all too much fun to care.

About seven years have passed and I'm still unsure on where or how we came to naming our flavorful formula a Pink Jeffrey. (Hey, maybe we were too drunk!) But I have since upgraded and created a new-and-improved Pink Jeffrey made for a wild night with the girls:

Ice is the first ingredient in any delicious drink -- especially in the summertime -- and extra necessary if you live in the Southern United States.

Then heavy pour yourself about 180 ml, or four shot glasses worth, of vodka (preferably Tito's).

Stay true to the OG recipe and splash in around 80 ml of both lemon and cranberry juice.

On to the rum -- pour in 60 ml of Malibu, take a deep whiff and prepare yourself for the deliciousness you're about to gulp down.

Finally, to top her off, use 1.25 quart of lemonade or to your taste if you're against anything too tart.

And voila! There you have it -- the creation, execution and enhanced Pink Jeffrey recipe. I hope you enjoy it as much as both my teen and adult self did/do!