by D-Ivan about a year ago in beer
Report Story

Dare to discover the most original and strange Beers 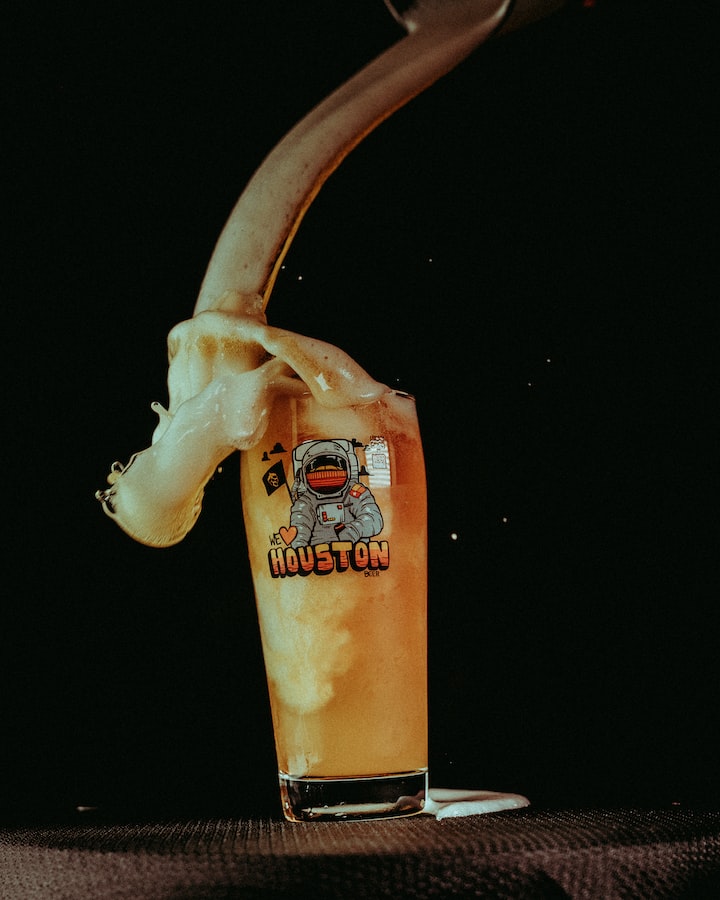 Photo by Josh Olalde on Unsplash

It can be said that in the world there are so many beers that there are for all tastes and that is why we can also find them more rare, original or different than usual, either for their bottle, for the glass in which they are served, for their flavor, for their provenance, ingredients or places where they are made.

In the list below, we present a ranking of the most original that we have found. By the way, if you have a dog and he knows how to read, surely he is interested in the latest beer in the list, you will be surprised and your dog will bark with joy.

1.Suffolk Vintage Ale. We started with a beer from England, one of the most beer-loving countries in the world. This beer is characterized by being made from the mixture of two beers of high fermentation: the Old 5X containing 12% alcohol and is aged in oak for two years and just before bottling is added fresh dense beer BPA. The final result of the mixture reduces the alcohol to 6% and get a dark color and more accentuated wood flavors.

2.Bambergs Schlenkerla. Thanks to this beer we travel to the city of Bamberg in Germany, a country that also takes good care of the production of its beers and there are craft beers in every corner. Its originality is that it is a smoked beer (not only salmon is smoked) and can give a lot of play to make cooking recipes in which we want to give a smoky touch to our food. The Germans call her “Schlenkern”, an old German expression used to call anyone who walks crooked, that is, drunk. Despite not being a very strong beer (5.1%) one should not underestimate it.

3.Bilk — Milk beer. Anyone says that thanks to a cow we will drink beer, but it is true and this madness like many others comes from Japan and its northernmost island where livestock and milk production are important. Apparently in 2006 there was a surplus of milk that was not sold and not to waste decided to turn it into beer adding to the milk brewer’s yeast and hops increasing the heat but not reaching the boiling point of the milk. The result is a different beer with fruity nuances and 5% alcohol.

4.Hornswoggler — Oreo biscuit beer. If with the beer of before we have the milk as a basis of elaboration now we go with a beer based on some famous and rich Oreo cookies but as you can imagine, we’re not going to eat them in a solid state, we’re going to drink them. Veil Brewing Co brewery in Virginia created the Hornswoggler using many kilograms of these cookies to fill the jars where these beers go through their maturation process.

5.Berliner Kindl. Minimalism also exists in the world of beer with these capsules as if it were coffee but filled with beer and also with different flavors and essences of fruits such as rhubarb and raspberry. In German Supermarkets you can easily find these capsules but we still haven’t been able to find out if it’s in the coffee or beer section.

6.Iki Yuzu. Now it is the turn of a beer “strange” of Dutch origin although the name is very Japanese and stands out for its lightness and freshness thanks to the fact that it is made with Sencha green tea and Yuzu,an oriental citrus fruit that stands out for its unique and unsurpassed fragrance. In addition to drinking it brings us high levels of natural antioxidants. Healthy and light, surely we are facing the healthiest beer of all.

7.Mongozo. Original name to baptize this appetizing and traditional Belgian beer with different very exotic and refreshing flavors such as coconut, mango and banana. They are also fair trade and gluten-free beers.

8.Walker. Another smoked beer like the one in point 2 but this one is a little more “disgusting”. Why? Because to achieve this nuance, smoked goat brains are added in addition to the usual barley, wheat and oats.We’d better not think with our brains about the brains of these poor goats added to our beer so we can enjoy it.

9.Trappistes Rochefort 10. Our penultimate beer stands out for its high alcohol content (11.3%), a dark beer brewed by the monks of Namur in Belgium. These friendly monks got a strong beer to slowly enjoy.

10.Kwispelbier Dog Beer. Let’s not forget to finish this list of your dog if you are lucky enough to enjoy his company because also your dog can taste with you a canine beer like the Kwispelbier of course alcohol-free.A creation that occurred to a woman who owned a pet shop in Holland.Kwispel means in Dutch to move the tail because that’s what our best friends the dogs do when they hear the name of this beer that is made from a special infusion of meat and cow extract. A temptation for the dog world.

So far this list of the 10 rarest and most original beers we have selected and toast to the originality of their creators.

More stories from writers in Proof and other communities.