You Have Been More Than A Friend

by Cathy Deslippe 6 months ago in Pride Month

You Taught Me The Real Meaning Of Equality 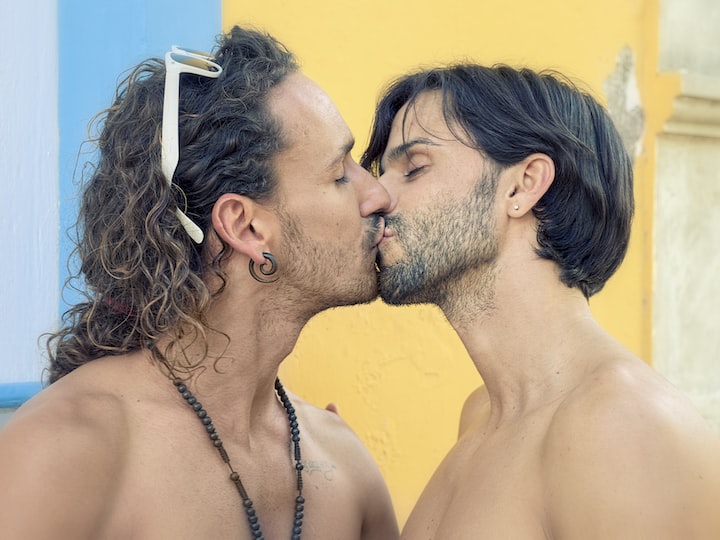 Photo by christian buehner on Unsplash

From the days of braiding hair and painting nails, laying under the stars and talking about our Prince Charming. Those are the memories I will cherish for the rest of my life.

Whenever Tony’s mom came over to get her hair done, the two of us would pull out my toys and play for hours. Most girls hung with other girls but I was the happiest little girl to be with my pal Tony.

Only a block away, Tony and his parents lived in a war time house, small windows in the basement(or I guess you call it a crawl space).

Tony and I became even closer, we would talk for hours. Terrified and very afraid of his dad, sneaking in and out by sliding in the basement became his only way to go home.

There was no need for acceptance at our home. Tony was always welcome and if my parents had any say, he could have lived with us. We knew his mom felt the same way. She herself feared for her son, her husband would drink and be so cruel to Tony calling him freak, kicking him around.

Many times the police were called, only to have been a domestic violence, Tony slept at our place. His dad stayed home.

It just was not fair that is dad got away with everything he did to Tony, worst of all what it did to his mom.

A city about an hour away, Tony went and met an amazing guy. We talked about him and our hopes of finding that perfect someone, marriage and Tony and I really wanted to have children.

It was that night, the worst night of my life, walking back with Tony I hid in the bushes as I watched his masculine body slide in the tiny windows.

Before he even got in, his father took his arm and started to beat him, over and over. I was screaming very loudly, some neighbours stood and just watched, others including my parents called the police.

Sirens were heard from all over. Tony layed on the ground, fearing he might die. I wanted to run to him but dad held me back. The police took his dad away , watching Tony and his mom leave in an ambulance.

Tony and his mom moved to a big city. My mom received a few cards, but no return address. His mom said Tony was the happiest he had ever been in his life. He missed me , but he was living in a place where he felt totally accepted and was so happy. That was the best news I could have ever heard. His mom settled in well to, an easy going fun loving lady met so many friends.

I learned so much from Tony, the saddest thing and I still will never understand, why were there only a few people in our town that could accept? What was wrong with this world? Having to move far away to feel happy, equal and free.

I found my soul mate, my best friend. The day we married I thought about Tony (hoping he found his).

Walking down the aisle looking at the man of my dreams, I was so excited to start our future together.

We lived in a beautiful apartment above a century home. For two years and then we bought our first home. We were so blessed to have such wonderful neighbours that became like family when we met.

My dream did come true, blessed with children, even the neighbours enjoyed.

Sadly when the man on the one side past away, our hearts felt broken.

After the funeral I went to take food over to my neighbour. Her son came home from the big city and he was having friends come to be with him.

Yes it was my very best friend Tony. He picked me up and spun me around. I felt like the biggest miracle had just happened. It wasn’t just Tony, it was his partner and their two little boys. They were so happy and I was so excited to introduce them to my husband and our children.

Tony taught me so many things in life.

Most of all it is a much better place where I live now, equality for all. A rainbow crosswalk, a pride flag at the city hall. I hope it just keeps getting better and everyone can learn to except each other equally.

A published author at 7 years of age. International writer with other authors, wrote together, all royalties went to Cancer patients with no insurance for treatment. Every day I challenge myself to learn something new.,